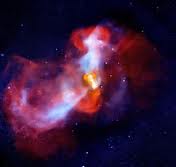 Jazz music has gone through four major changes in its century-plus time of existence. Ragtime and Dixieland gave way to Swing, to Bebop and then to Free Jazz. Surely there are sub genres, (Fusion, Latin) but these are the pillars. The switch to Free Jazz ushered in an emphasis on collective improvisation. This is perhaps the most difficult and most exciting kind of Jazz can be played. When it’s on, there is nothing like it. It can be a spiritual experience, but the players must put aside ego and develop an intense sympatico, even harder than it sounds to accomplish.

It’s appropriate that the new, and as far as I can tell self-titled or untitled, Jim O’Halloran Trio/Quintet CD, has a song named after a black hole. The group improvising collectively is creating a region of spacetime with a powerful gravitational pull. The tune, Virgo A (Messier 87), is described by flutist O’Halloran as: “Free improv with a beginning tonal center and a conceptual goal.” If you’re hung up on melody, you’ll be shifting in your seat when you listen to this. I am reminded of the time I ran the Miles Davis tune Mademoiselle Mabry by a couple of Jazz radio programmers. It was not a minute in when they had thrown in the towel and yet it is one of the most compelling pieces Miles ever did. Don’t you love what capitalism does to our senses?

Virgo A (Messier 87) starts with some spitting sounds on flute, joined by some sparse Jaco-fied electric bass tones by Dean Schmidt. Jose Martinez adds some amazing color with cymbals. Hints of horses, solar winds and flute sounds that suggest someone lost add to the poignance of the mood that emerges from this collaboration. That some of the source of O’Halloran’s inspiration for the tune comes from his Latihan spiritual practice makes a great deal of sense when you hear this composition in the right setting.

For those who crave melody, there are covers. Chick Corea’s The Loop is a bouncy number that gives pianist Eric Verlinde a chance to show off his waltz chops, comp skills on O’Halloran’s energetic solo and Verlinde’s own prodigious skills as a soloist. I almost expected to hear applause for him after the rest of the band re-stated the head.

Another cover is A Remark You Made, the Joe Zawinul composition the late keyboardist did with Weather Report. It’s a little surprising for someone familiar with this tune to hear a guitar right from the start. Michael Nicollela’s deft touch in one moment adds just the right backing to O’Halloran’s wooden alto flute, and the next finds an easy path between that and Schmidt’s again Jaco-inspired bass, always contributing just the right color to enhance the mood.

For me though, the highlight is a piece called September 2010. Since I downloaded all the songs from CD Baby, this one came out last on my version of the CD and it works well in that order. Maybe it was because I was in the car and negotiating the frustrating Puget Sound traffic while listening, but I loved the energy the first time I listened. It kicks off with some pop from Martinez’s drums and Schmidt’s funky-ass bass. O’Halloran checks in with the melody which I was attempting to whistle after listen number three. Don’t try this at home! You may end up hurting yourself or twisting a lip. Were I still trying to get those Jazz radio guys to add a tune from the record, I’d start with this. O’Halloran says the tune came from extensive listenings of Eddie Henderson, George Duke, Alfonso Johnson, and John Scofield. I love those trills O’Halloran hits just after the 4:00 mark. It happens a few times a year that you have the excitement of a favorite song and want to listen to it four or five times in a row. September 2010 has this quality for me.

The Northwest native has performed regionally and internationally for a couple of decades now and goes under the radar because he has a day gig as a nurse. O’Halloran has succeeded in adding something original and vital to the vast and very wildly disparate arena of Jazz flute. Remember, this is a field with Rahsaan Roland Kirk and Eric Dolphy. Herbie Mann and Hubert Laws. And the funny thing is fans of all those players would find something they’d dig here. Like every great artist he meets us where we are, develops trust and then moves us beyond where we thought we might go in a given moment. What more can we ask?
peN – 4:06 – 11.8.11
———————————————————————————————————————————————————
Jim O’Halloran CD personnel: