As you might have guessed if you’ve seen the photo of my daughter Rebecca and my Mom at Doe Bay when Rebecca was about 3 (1994), I have been going to Doe Bay Resort and Retreat for many years. In fact, my first trip there was April 1991, a month before Rebecca was born.

Thanks to the consideration of the Retreat’s owner, Joe Brotherton, and the assistance of Doe Bay General Manager Jami Mitchell, I was awarded a huge discount for my 2nd Pig War writing residency. (The first Pig War residency, January 2012 in Friday Harbor is chronicled here.) I stayed in the back of the property and, as it turns out, the Upper Field Wifi was down! ARGH! This made quick research notions difficult, but helped me focus on the task at hand. So, between soaks in the legendary clothing-optional hot tubs (with a view of the Salish Sea) and trips to the remarkable cafe, now being managed by the sweet and efficient Megan Stocklin, I extended my manuscript to over 80 pages and should be within a residency or two of finishing it.

I had many books on Salish and other indigenous cultures, including the collected unpublished writings of Wilson Duff. I had Thomas Cleary’s translation of the Avatamsaka Sutra (The Flower Ornament Scripture) and many, many other source texts, including Mike Vouri’s seminal Pig War: Standoff at Griffin Bay.

Doe Bay has its own cove, Otter Cove and that is just part of it’s remarkable setting on the east side of Orcas Island. John Olson wrote about it quite compellingly here. He read as part of the short-lived literary series there, which SPLAB ran the following year.

I took a walk around Mountain Lake, a hike on the short Obstruction Pass marine park trail (for more altar stones) and a visit to Cascade Falls. I met some very cool folks from Portland and Seattle. When you go to Doe Bay as part of your first San Juan Island experience, you kind of get spoiled, said one new friend. 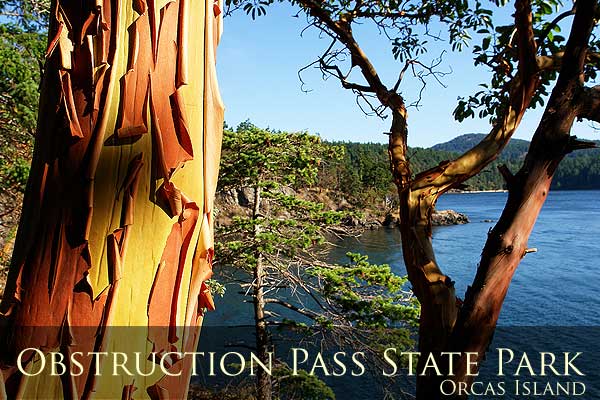 These short cellphone videos may give you some sense of what I encountered during my week on the island:

Finally, there is this one light-hearted poem written after Gary Snyder’s What to Do poems, or perhaps Ted Berrigan’s poems in that manner.

I am so grateful for the cool people on the Doe Bay staff, including Shannon Borg, who cajoled me into reading on the Thursday night Doe Bay Cafe open mic, Joe, Jami, Megan and others. If you are a writer seeking solitude in a setting that will also rejuvenate your spirit, call Jami Mitchell at 360.376.2291. You won’t get a deal in the summer, but Doe Bay is remarkable any time of year.

How to Cook Orcas Clams

1. Work up an appetite by hiking up Mt. Constitution or walking around Mountain Lake.
2. Drive slow along E.J. Young Road just past the Buck Bay Bridge (driving out of Olga) arrive at Buck Bay Shellfish.
3. Try not to stare at Toni’s tatas.
4. See if she’ll give you the local’s price ($5 clams for a pound of butternecks.) Get 3 pounds a person. (Trust me.)
5. In a heated cast iron skillet, drizzle in some olive oil.
6. Dice a third of a package of turkey bacon for each eater, stir around w/ spoon of wood.
7. Cover that in fresh garlic or garlic powder.
8. Libation. Pour out the first bit of beer as an offering. (Ancestors eat first.)
9. Pour good ale in the pan. I used Liberty Ale but Fat Tire or Red Hook’ll do. You don’t need the clams covered in five inches of beer like our parents used to do Toni says.
10. Ready a bowl (for empties) stir clams to distribute even in the pan.
11. As they open, scoop them out with a slotted spoon. They’ll start flipping open one by one like popcorn.
12. If alone, start eating there, next to the pan. Dead shells in the bowl.
13. Try to pull open clams from the pan in ten seconds & eat.
14. Don’t feel bad if you eat three pounds by yourself. This ain’t heaven, but it’s close and in heaven they have no clams, that’s why you can eat them with your hands. (To keep up.) Pour more clams into the pan as you empty it of cooked ones. Fill your belly.
15. Remember to give thanks for the critters who gave up their lives so you might sustain yours.
16. Drink more beer or don’t. Remember the scent of pine in the warm sun or the view of sunbeams hitting wavetops on Mountain Lake.
17.  Tomorrow, repeat.

On Friday, November 12, 2021, Adelia MacWilliam and I visited the W.A.C. Bennett Special Collections Library at Simon...

END_OF_DOCUMENT_TOKEN_TO_BE_REPLACED

Thirteen months ago I started facilitating workshops again and I never knew how much joy and inspiration could come...

END_OF_DOCUMENT_TOKEN_TO_BE_REPLACED

I am delighted to continue my association with the European Beat Studies Network again this Sunday, as part of their...