When Meredith and I decided to make a road trip from Seattle to Minneapolis and Chicago & back, I knew that we would have to do a side trip to Fort Atkinson and Black Hawk Island, Wisconsin. First becoming aware of the work of Lorine Niedecker about ten years ago, I have become a lot more aware of her life in the last three years, reading her Collected Works, creating a small manuscript of postcard poems (After Niedecker) using her calendar poems as epigraphs, watching the Cathy Cook movie The Immortal Cupboard and, finally, reading the excellent Niedecker biography A Poet’s Life by Margot Peters this year. 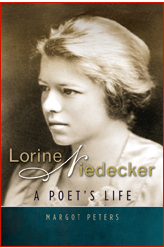 So we piled all of our luggage, and Ella’s luggage and portable crib, into our 2001 Honda Civic and left Seattle on September 11 at 1:40 in the afternoon. Blowing up our car’s engine in Miles City, Montana and getting a ride from a good Samaritan is another story. We left the Cadott, Wisconsin, family farm of Mer’s Aunt and Uncle, Jane and Joe Gilles on Monday, September 17 and arrive in Fort Atkinson, Wisconsin at about Noon. We’d planned to arrive at 1:30, so we had time to feed Ella and have lunch. We were sent to Cafe Carpe, but it was closed, so we settled on the Black Hawk Tavern, Ella’s first bar experience on her 6th month birthday. (In Seattle they will not let you in a bar with a baby.) 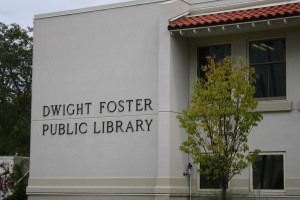 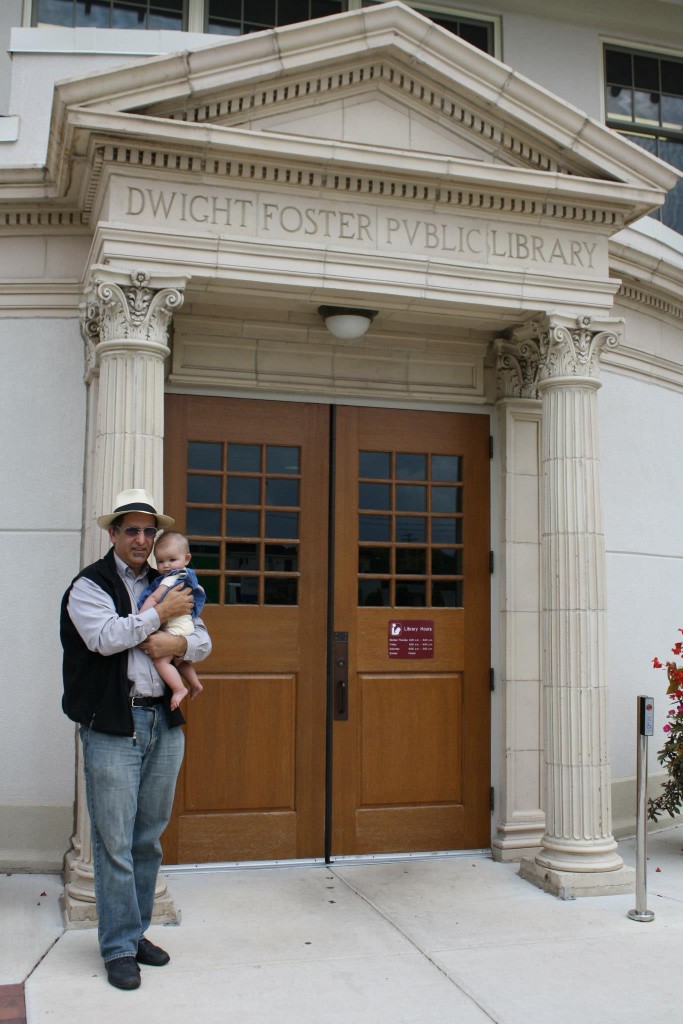 At 1:30 we were back at the Dwight Foster Library to meet our guide Ann Engelman. She was very gracious, showed us the beautiful Niedecker Room of the library, had us sign in and told us how the research into Lorine’s archives works. You do not have to wear white gloves, as the cloth can tear the pages, but you are asked to wash your hands. We saw Lorine’s Immortal Cupboard, what she called her library, and were told that some of the books had been in circulation at the Foster Library before the folks there realized that was not a good idea. Ann also told us about the extensive digitization of Lorine’s archives, including notes on marginalia in her books, a treasure trove for any serious scholar of her work.

Soon, we were headed in Mer’s new Acura to Black Hawk Island. Reading Margot Peters’ book on Lorine, I knew this road as one Niedecker walked many times to work at the hospital late in her life, where she scrubbed floors and remained incognito as a poet, something she made reference to in this poem: 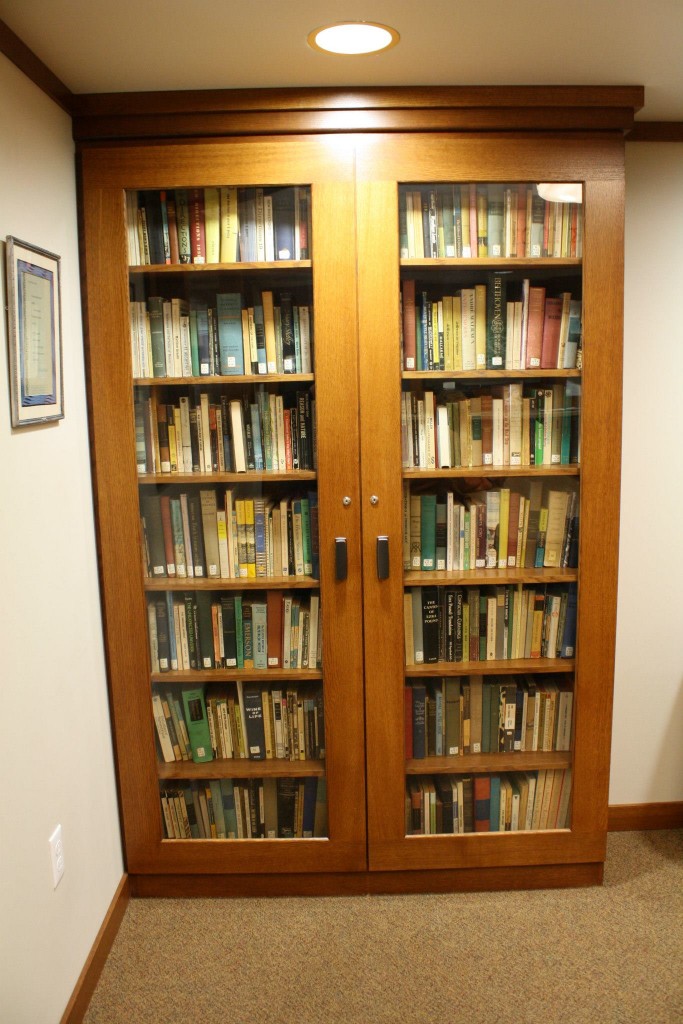 In the great snowfall before the bomb

colored yule tree lights
windows, the only glow for contemplation
along this road

I worked the print shop
right down among em
the folk from whom all poetry flows
and dreadfully much else.

I was Blondie
I carried my bundles of hog feeder price lists
down by Larry the Lug,
I’d never get anywhere
because I’d never had suction,
pull, you know, favor, drag,
well-oiled protection.

What would they say if they knew
I sit for two months on six lines
of poetry? 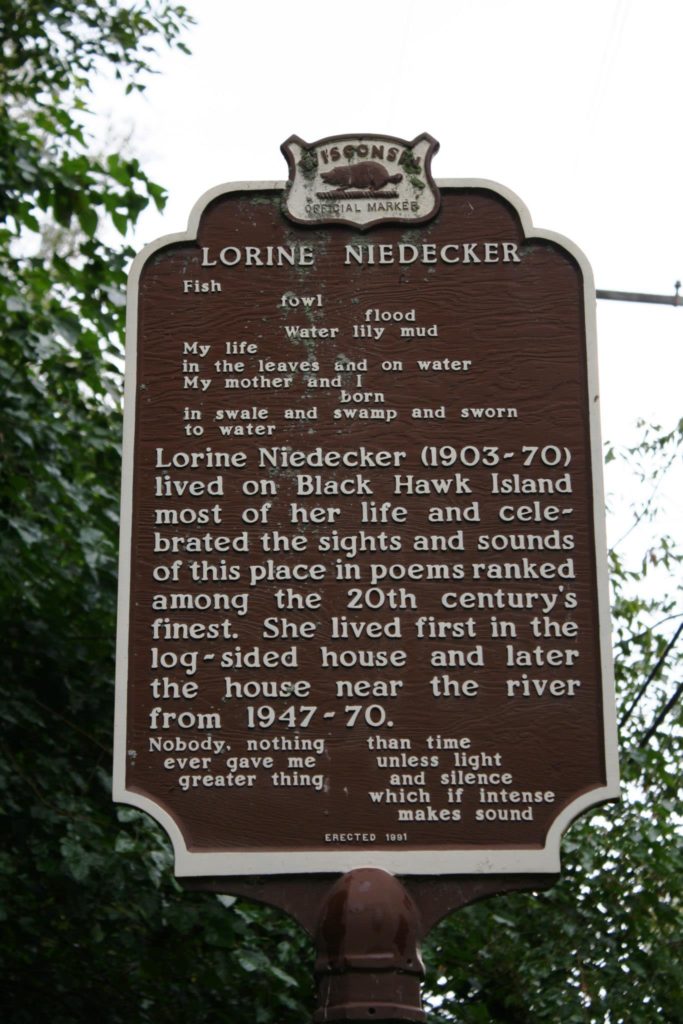 Ann has done such incredible work preserving the cabin and the legacy of Lorine Niedecker. Amy Lutzke oversees production of the publication The Solitary Plover, the newsletter of the Friends of Lorine Niedecker. Ann told us about the 2008 flood, which inundated the island and Lorine’s cabin once again. We saw that the island is really a peninsula going out into Lake Koshkonong, a 4 mile wide lake.

And soon, there we were at the cabin. Ann explained now how it is owned by a couple from the Chicago area and they are cognizant of Lorine’s legacy and helpful in preserving it.

We were not in the cabin two minutes when we heard a very serious thunderclap overhead and I wrote my American Sentence shortly after:

It was weird to see that the couple who own the cabin have a daughter named Ella. 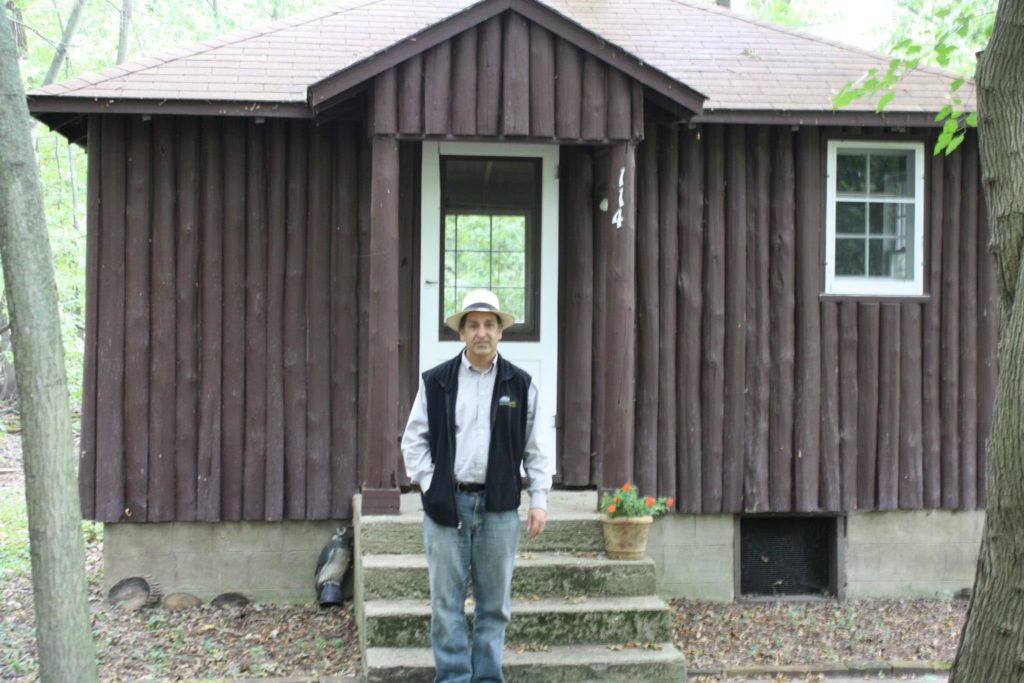 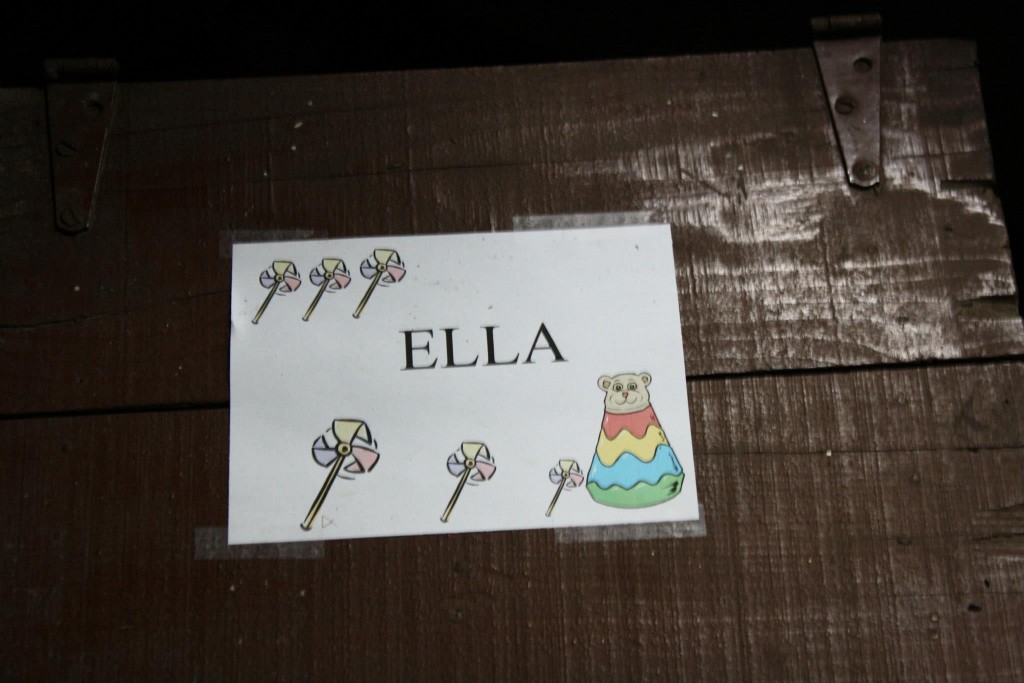 I said a little prayer and we went to the river, saw the house Al Millen built for Lorine and the high water mark of the 2008 flood. We drove to the point and back, seeing a totem pole and a “Redneck Party Boat” docked there riverside.

We made a visit to Lorine’s grave and Ann pointed out the irony of Gertrude Runge being buried feet away from Lorine. Gertrude Runge was Lorine’s father’s concubine and, essentially, responsible for pilfering much of the family’s wealth during Lorine’s lifetime but you’ll have to read the Peters’ book for that story. Ann did go into the typo on Lorine’s grave marker and was delighted to point out the note on Al Millen’s tombstone, which I also thought was sweet. 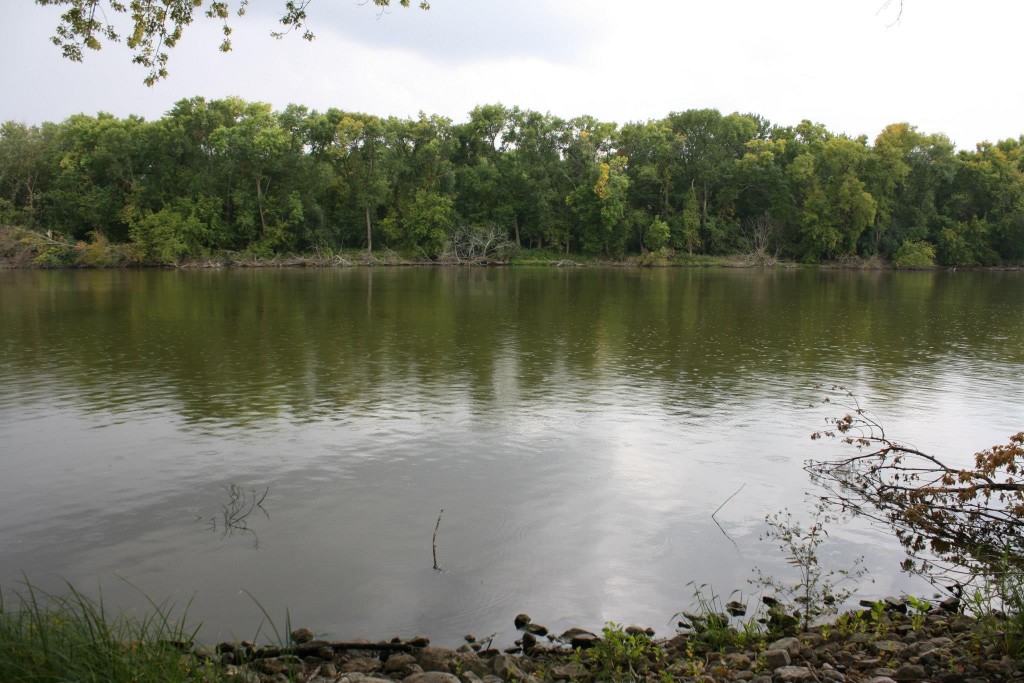 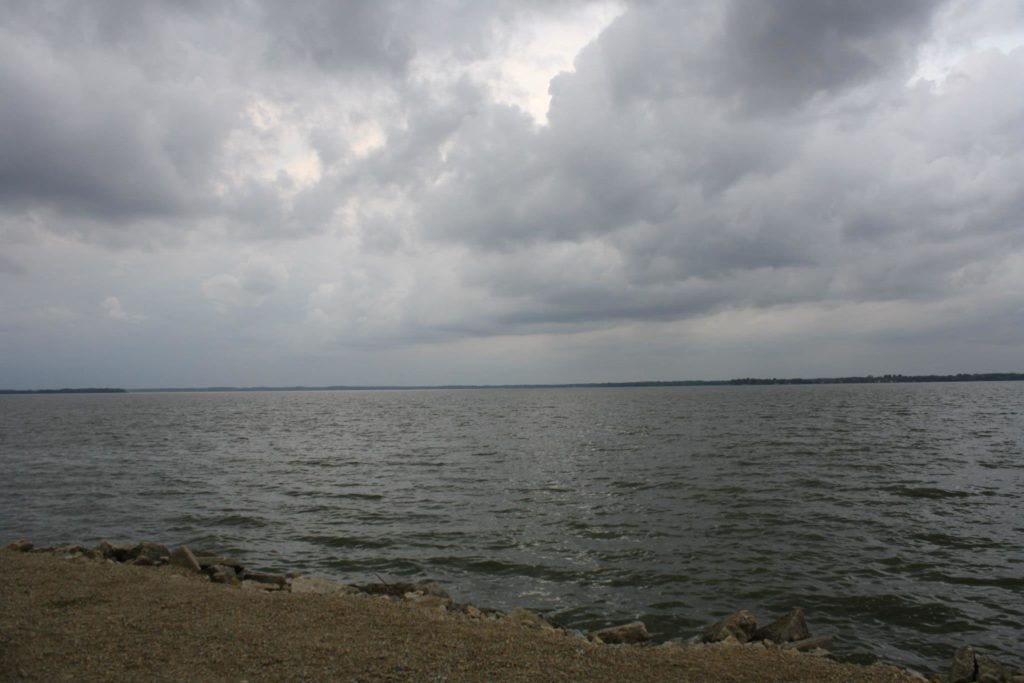 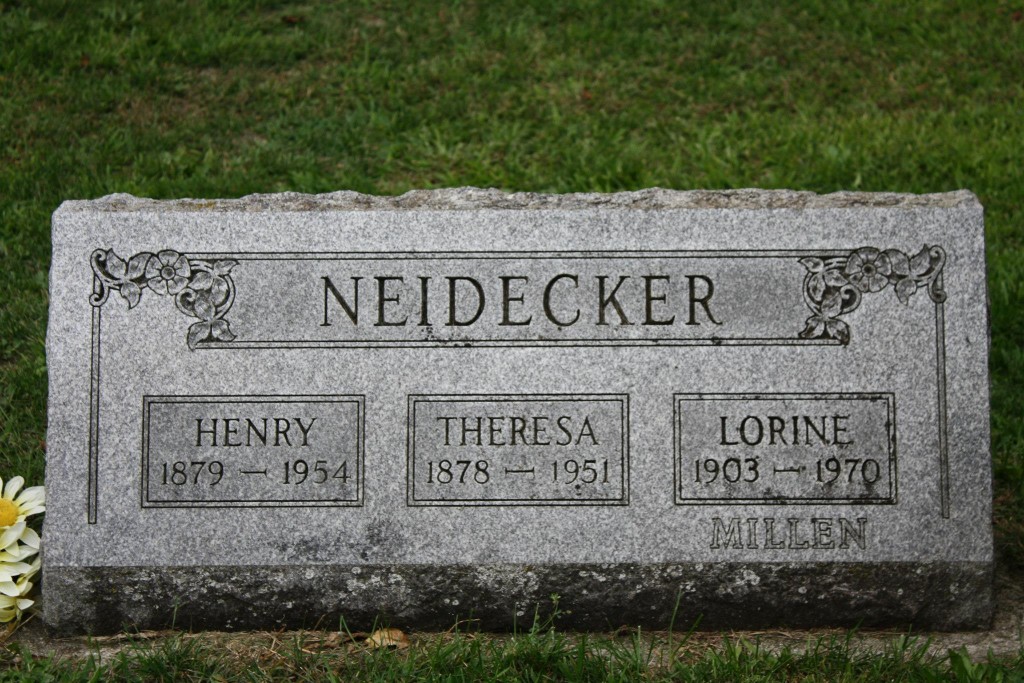 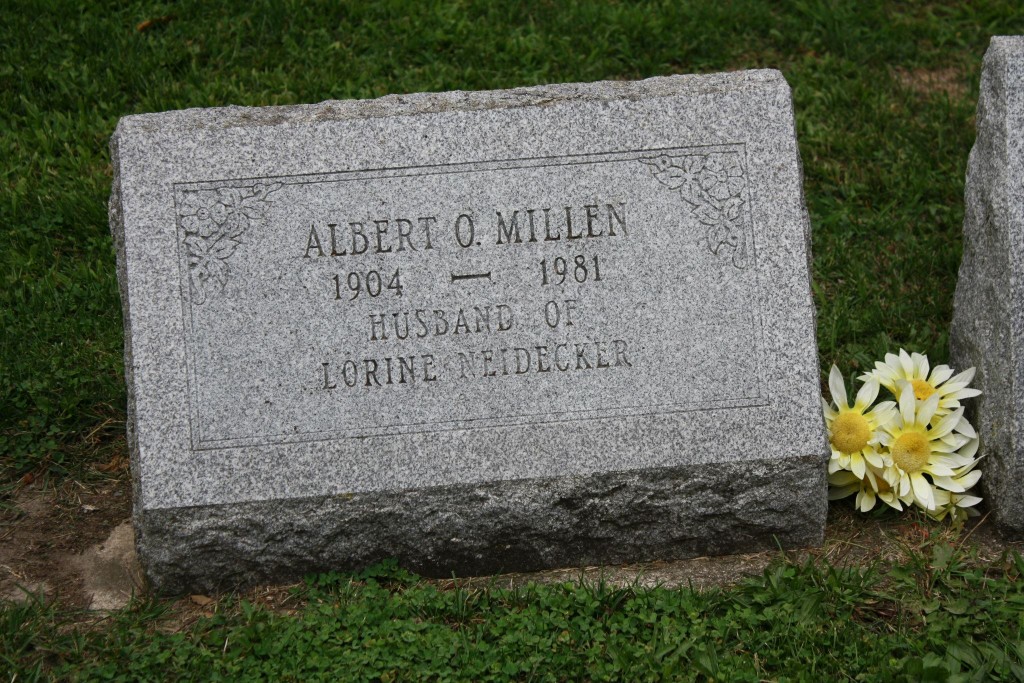 One last note. Ann Engelman suggested we stay at the Rock River Inn, a B&B right on the Rock River. We did, took the “Asia” room with a view of the water and I watched the sunrise over the river. Sue and Steve Friedman have much art from their travels to China, Africa and India around the inn. Mer got a shot of the small lending library in the front of the Inn and has posted more photos on her Facebook page. 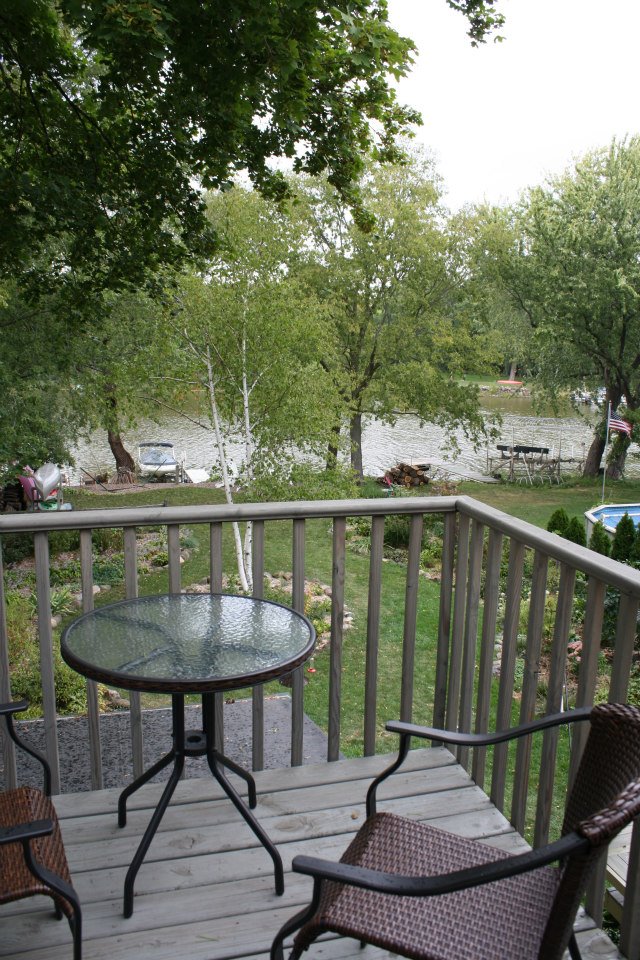