I woke up this morning to find a person with the handle “Florida Cracker” was following me on Twitter. I clicked through to see his website filled with the notions of the remnants of “Manifest Destiny” and American Exceptionalism.” Here’s an excerpt:

I’ve recently read two articles (here and here) that have as their theme the fact that liberals, while currently riding the anti-War, anti-George Bush juggernaut, are defined by negativity and, in fact, offer no new ideas to replace the doctrines and people they seek to defeat.  In that regard, modern liberalism (or, as liberals have restyled the movement, Progressivism) is a political movement akin to the person who rips down an ugly house, but has no idea how to rebuild a new one, leaving the former residents homeless.  Nevertheless, for all their anti-this and anti-that attitude, Progressives at least have the virtue of offering an ostensibly powerful and well-funded united front to swing voters who are often confused or disinterested.

Is this what passes for thought in this country? 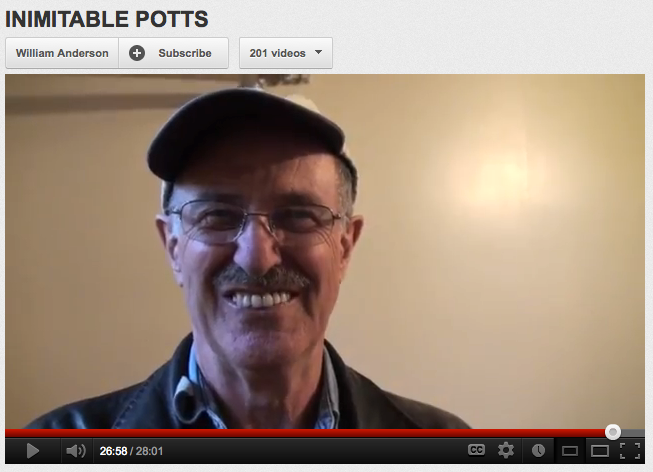 Fortunately the antidote to this was not far away in the person, via Youtube video, of Charles Potts. He must be doing something right, because he does not seem to age. He might tell you it’s because he deals more with horses than people there on his spread outside of Walla Walla. But to get a good taste of what’s kept Charles kicking all these years, see the video. He did this video, ostensibly, to create awareness of his HUGE storehouse of books, which he says he will GIVE to you, if you pay for postage, but if you’re close to Walla Walla, nothing beats a visit to his ranch and his Temple, which housed the famous bookstore of the same name and provided a name for his famous magazine.

An excerpt from the video:

“The four that will survive: kiots, cockroaches, wharf rats and the Tea Party.”

His poem “Geezers in Space” is the antidote to the “American Exceptionalism” crowd. I’d love to see Charles debate the Florida Cracker. All that would be left would be crumbs.