OK, I jumped the gun on the 2013 August POetry POstcard Fest. Though I am posting here a month after writing and sending the first poem of 2013 (& my 428th postcard poem) I started writing the poems on July 17 and not ten days later on the 27th as we tell people to do when we sign them up to participate in the fest. Sue me.

(Click here for audio to listen while you read.) 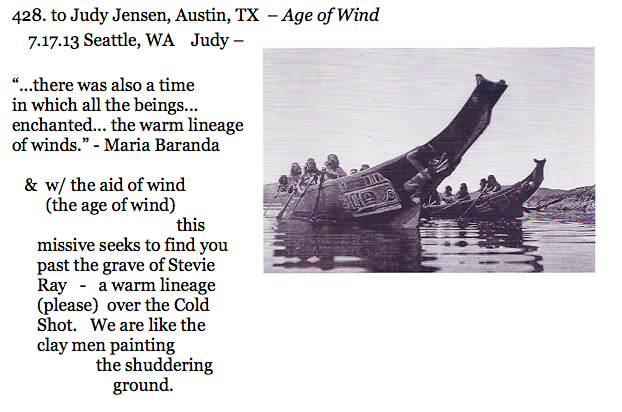