I am not a regular browser of the Baptist News website, but thanks to a mild Twitter habit I cam across an article that makes SO MUCH SENSE to me regarding the death of real Christianity in the U.S. The author is Miguel De La Torre, a professor of social ethics and Latino/a studies at Iliff School of Theology in Denver, CO. (He has not yet caught on to the Latinx practice, but I suspect he will before too long.) In an editorial entitled: 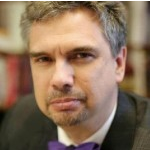 Evangelicals have constructed an exclusive interpretation which fuses and confuses white supremacy with salvation. Only those from the dominant culture, along with their supposed inferiors who with colonized minds embrace assimilation, can be saved. But their salvation damns Jesus. To save Jesus from those claiming to be his heirs, we must wrench him from the hands of those who use him as a façade from which to hide their phobias — their fear of blacks, their fear of the undocumented, their fear of Muslims, their fear of everything queer. 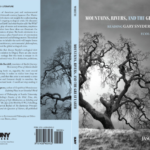 I’m immediately reminded of the interview I did two weeks ago with Jason Wirth, coming at our current situation in the world from a Buddhist perspective, suggesting that it is the “poverty of our practice” that is being reflected by much of what we see at this time that is destructive, no acts being more critical than those which endanger the already chaotic biosphere.

Evangelicalism’s embrace of a new age of ignorance, blames homosexuality for Harvey’s rage rather than considering the scientific consequences climate change has on the number of increasing storms of greater and greater ferocity. To ignore the damage caused to God’s creation so the few can profit in raping Mother Earth causes celebrations in the fiery pits of Gehenna.

And seeing the beauty of de la Torre’s argument (& promoting it) puts me again in a weird social media no-man’s land of friends (& friends of friends) who ridicule the act of thoughts and prayers for people who (for example) died in a church as if those actions alone can stop an insane, trained killer, with access to legal automatic weapons, from mass murder as was the case in Sutherland Springs, Texas. What are the practices of people who believe thoughts and prayers have no consequences in our lives? What is their cosmology? Are they as bad as the people who defend people like Judge Roy Moore?

I can’t help but think an article this cogent and biting can only be written by a person of color, who understands through life experience no doubt, the pain caused by white supremacy.