I titled my APPF essay for Rattle “The Joy of Postcards” but even though I was likening this activity to the subject of a famous book from the 60s, I was not far off based on some feedback from some of this year’s participants:

Paul as my postcards appear in my mailbox…. I have to tell you that this is one of the most joyful experiences I have had! I’m so honored to be a part of this

Alo-HA Paul et al….thanks for the thanks…I am being fully uplifted “daily” by this years fest….and I am 35 cards mailed and it is only the eleventh…:-) off to the local community theater to see their version of “Biloxi Blues” today @ 2pm…namaste Stanley delGozo

Hi – I’m a first-year participant, via MattTrease announcement at Margin Shift. I’m a bit resistant to some of the trendier art-trying-too-hard events I see (judgy bitch that I am),  but your idea/this event feels like this to me:

– fun!!
– multi – media (visual, tactile, written word), therefore potentially left/right brain satisfying – tasky plus mind
– unpretentious
– great source of prompts
– human scale – humans reaching out to one another in a no-demands way
– inexpensive
– low-risk
– high opportunity for creativity and experimentation
– beautiful set of constraints-with-options
– celebratory
– did I mention fun?????
I’m going to go sign up for next year, and have decided to send cards to friends throughout the year as a meditative thing.
Your project could save the post office!  Maybe….
And finally, just found, while looking in “fiction” for something else at Third Place Books, a copy of Postcard Poetry – now my own.
Coincidence???? I think not –
Your fan, 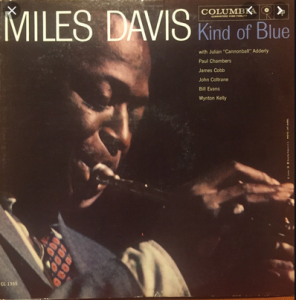 Diana,
1,000 thanks for this kind response. I think some of the “trendier art-trying-too-hard events…” lack heart. Pretty simple. They’re disembodied, usually, and while there are some very intellectual concepts behind APPF, I try not to ram them down people’s throats, but just make them available for those who want to peruse the tradition behind spontaneous composition. For example, Bill Evans, in the liner notes to the Miles Davis lp Kind of Blue said:

There is a Japanese visual art in which the artist is forced to be spontaneous. He must paint on a thin stretched parchment with a special brush and black water paint in such a way that an unnatural or interrupted stroke will destroy the line or break through the parchment. Erasures or changes are impossible. These artists must practice a particular discipline, that of allowing the idea to express itself in communication with their hands in such a direct way that deliberation cannot interfere.

The resulting pictures lack the complex composition and textures of ordinary painting, but it is said that those who see well find something captured that escapes explanation.

It’s one thing to explain that. It is another to allow people to have that experience 31 times in 56 days, at a time of year when we (rightly) prioritize personal life over the demands of capitalism. (I get a little resentful now during this period when work things erupt and I do not consider list management “work things.”)

I plan to be at Margin Shift Thursday and it would be fun to meet.

2 Responses to The Joy of Postcards (Aug 2019 Reviews)