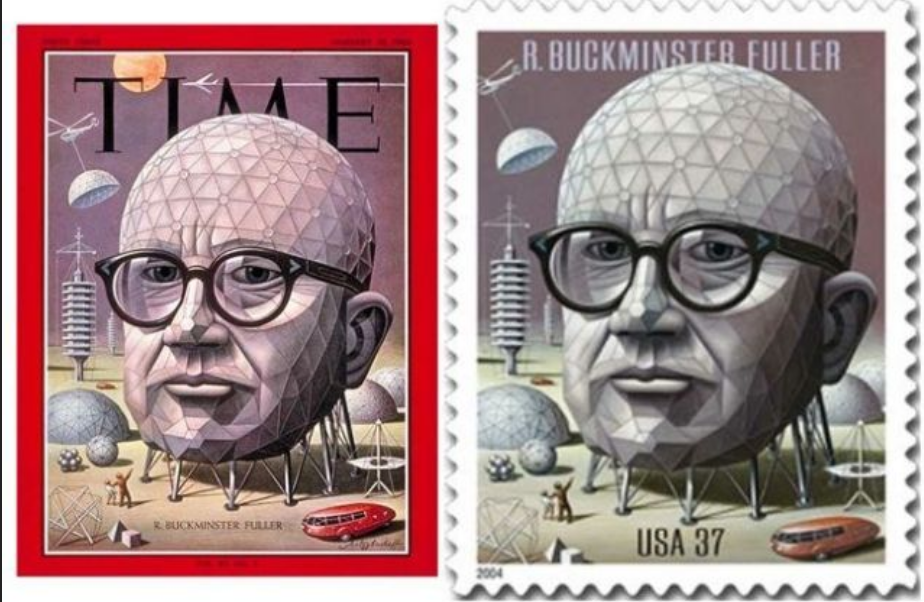 As a fan of the Black Mountain School of poetry, which was inspired by the revolutionary poetics of Charles Olson, the last rector of the famed outside educational institution in North Carolina in the mid-20th Century, I was delighted to see this come up in my inbox:

Twenty years after teaching at Black Mountain College, Buckminster Fuller published his provocative Operating Manual for Spaceship Earth. A manifesto for a design revolution, it radically influenced a generation’s thinking about the purpose and potential of humanity. Fifty years later, however, Fuller’s vision of a regenerative civilization seems like a distant memory that is more relevant than ever. An Invisible Revolution illuminates this original vision, its relationship to his time at BMC, and its contemporary significance for 21st century understanding of humanity’s relation to its home planet.

Join David McConville and Glenn English for an in-depth conversation on the life and work of R. Buckminster Fuller. Attendees are invited to watch An Invisible Revolution in preparation for this discussion, available through the event page linked below.
LEARN MORE + REGISTER

And I did register and DID watch the recommended video, which is a lecture with slide show given at Southern Illinois University by David McConville:

One screen shot from the lecture: 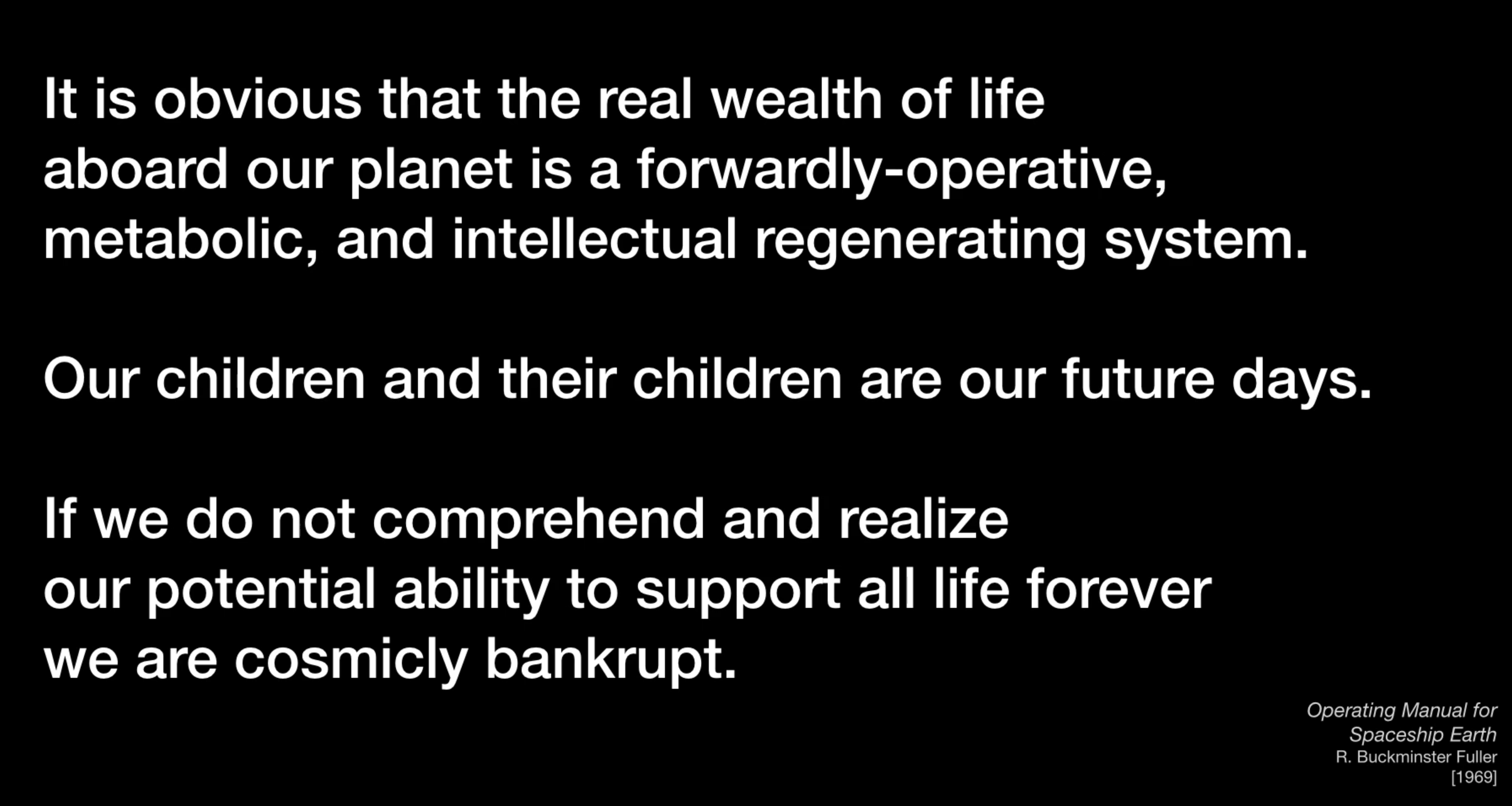 which gives you a sense of the genius of Fuller, who died in 1983. That he was tracking the amount of carbon dioxide in the atmosphere in the 70s shows you how far ahead of his time he was. That he taught at Southern Illinois University is also noteworthy. Growing up in Chicago, I had some friends who attended SIU and one of them, Ian Williams, was a very funny comedian who said that SIU was such a party school that it did not have a tuition, it had a COVER CHARGE!

I have been greatly influenced by the poetics of Charles Olson, after interviewing Michael McClure and get to share my findings in a six week Zoom Course entitled Poetics as Cosmology. The class has two slots still available. Olson was as revolutionary in poetry as Fuller was in design and sustainability and watching the video embedded above gives you some sense as to how far ahead of the curve Black Mountain was. I am delighted that the Black Mountain College Museum continues the evolutionary work of the college, which now seems light years ahead of contemporary USAmerican culture given the state of it in 2020 and the response to the pandemic, among myriad other things, including contemporary poetry which suffers mightily from the “dodges of discourse” as Olson warned in his essay Human Universe. This is no time for rhetoric masquerading as poetry.