Order American Prophets online here. If you are an Amazon.com customer, please consider listing SPLAB as your non-profit beneficiary via Smile.Amazon.com.

Over the past decade or so, no one has done more for poetry in the Pacific Northwest than has Paul Nelson. He has sponsored and hosted free public readings and workshops while bringing to Seattle notable poets like Wanda Coleman, Nate Mackey, Michael McClure, Brenda Hillman, George Bowering and other leading figures in the world of Organic Poetry. He is as fine an interviewer of poets as anyone working today, coming to each interview thoroughly informed but retaining great flexibility, letting the various threads intertwine. These interviews, combined with lengthy scholarship, have produced a number of remarkable essays and, ultimately, his manuscript American Prophets. 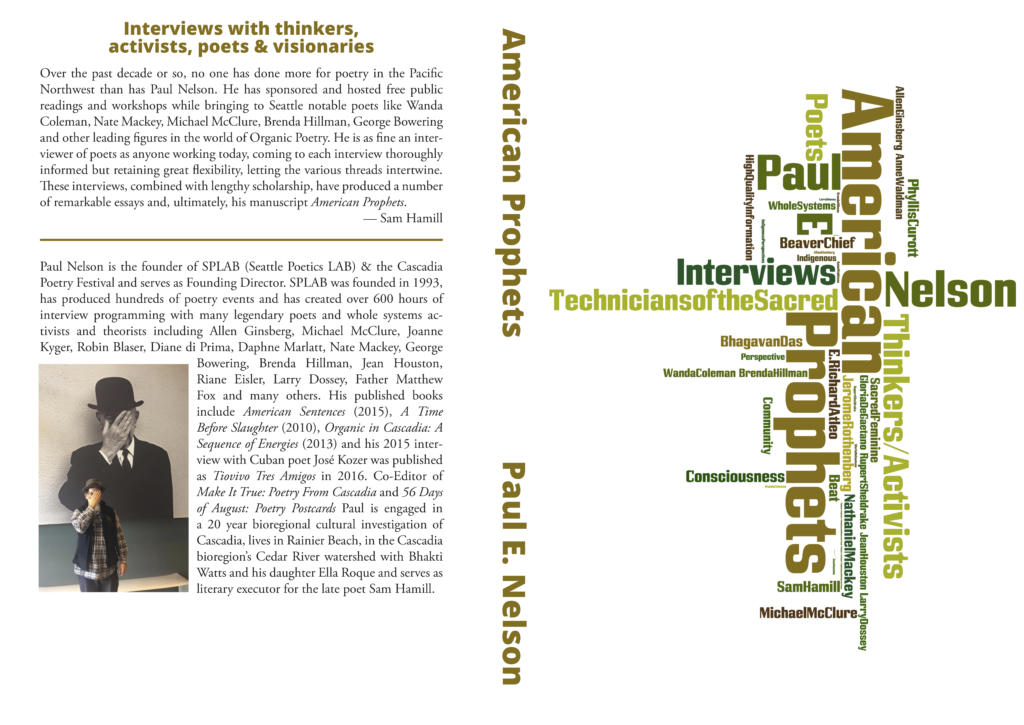 Thanks to support from 4 Culture and Charles Stobert, the first book made up of transcribed interviews from the historic radio archive was published to celebrate SPLAB’s 25th anniversary party, December 14, 2018, at the White River Valley Museum. To order a copy of American Prophets, click here.

We are grateful to 4 Culture for their financial help to sustain this archiving project.

From a press release Gloria DeGaetano commissioned: “American Prophets includes an A-List of luminaries who have dedicated their professional careers to deep, positive changes through a focus on whole-systems thinking and activation of creative approaches so individuals and society flourish…”

Paul Nelson first started conducting interviews in his early radio days, Chicago 1980. In 1990 he was promoted to News & Community Affairs Director of KKNW (106.9 in Seattle) and over the next 14 years created nearly 500 hours of innovative and compelling public affairs radio programs. He continues to do interviews to this day and this is the main page for all his interview activity. It is updated regularly and thanks to a grant from 4Culture, we are digitizing our archives and posting links to the audio here.

Building on his early interest in holistic medicine, his interviews soon began to see the holistic approach in all facets of life, as well as the inadequacies of the industry-generated culture. In 1994 he interviewed Allen Ginsberg and three years later co-founded the Northwest SPokenword LAB in Auburn, Washington, now known as SPLAB, Seattle Poetics LAB.

If there was an “A” list of whole-systems luminaries, Paul interviewed many of them and is editing a manuscript of some of the most fascinating interviews into projects called American Prophets and Cascadian Prophets. These are people who inherently understand some angle on the limitations of the materialist/neoliberal world view and the industry-generated culture (or anti-culture). In 2011, the Occupy movement was born, expressing outrage and indignation at the worst abuses of the military-industrial complex, but Paul was there in 1990, interviewing authors, poets and activists, all of whom had an angle on how things could be and how things were evolving past the notion of human as machine and the competition/ domination/colonialist ethos. 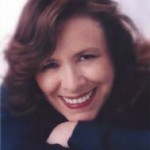 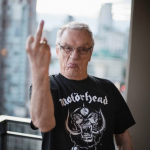 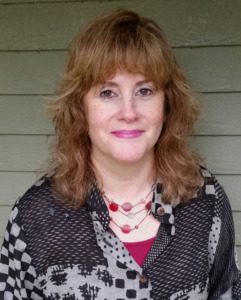 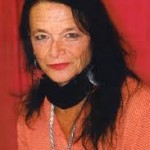