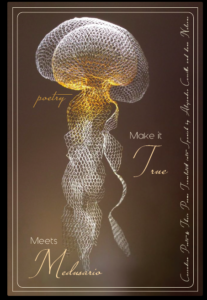 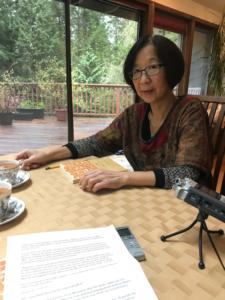 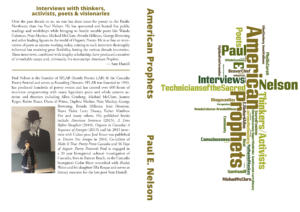 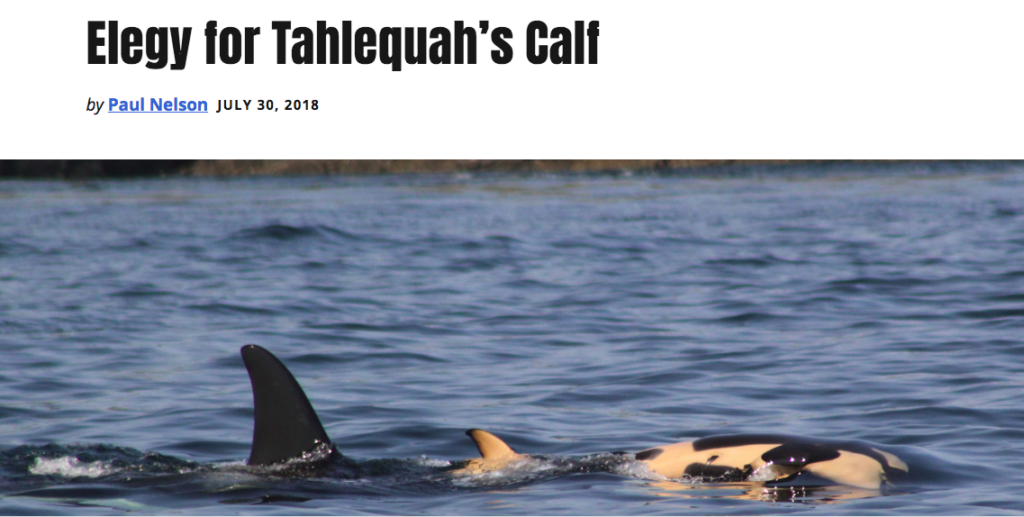 Why You Should Still Become a Cascadian published in the South Seattle Emerald, May 26, 2018. 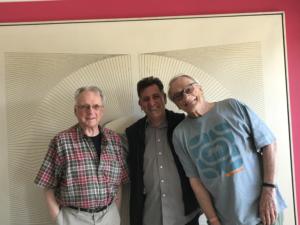 George Stanley, Your Humble Narrator, George Bowering, May 6, 2018, Vancouver, BC

Workshop, high school workshops and featured reading in Twisp and Winthrop, Washington, May 10,11, 2018.

Interview George Bowering and George Stanley, Vancouver, BC, May 6, 2018.

Why You Should Become a Cascadian, published in South Seattle Emerald, May 7, 2018. 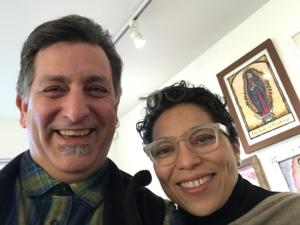 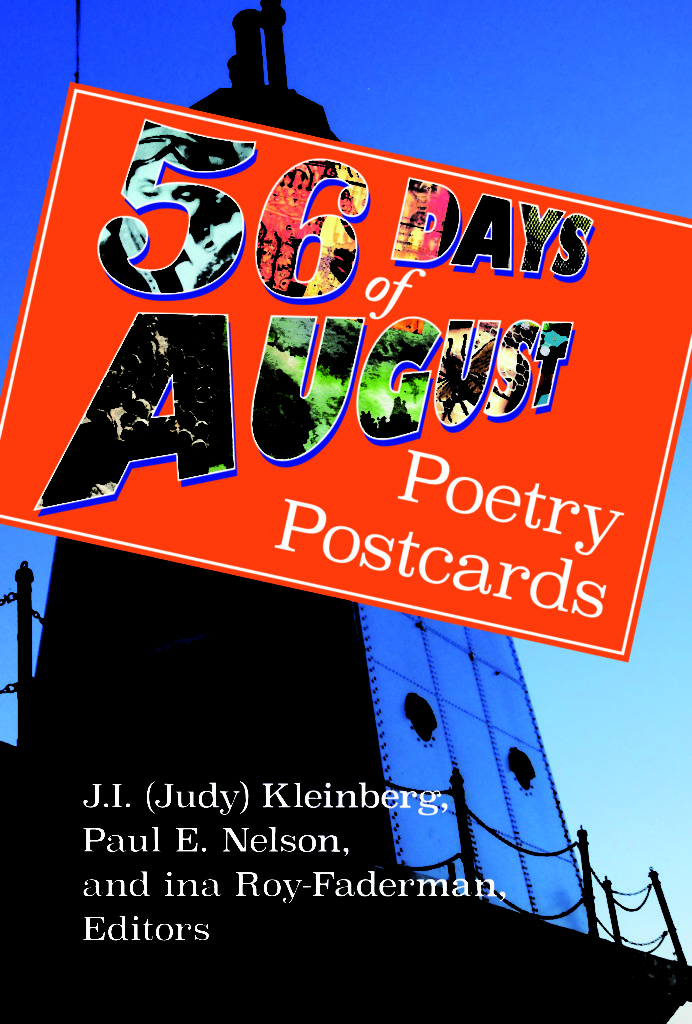 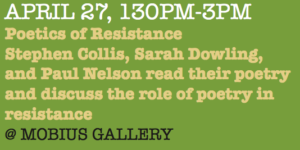 On panel with Stephen Collis and Sarah Dowling at Cascadia College, Poetics of Resistance, Also read at Anderson School, April 27. 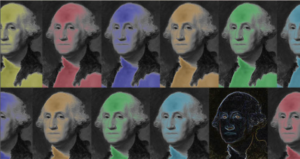 Work published in WA129, an anthology of poets in Washington state. Read at book launch, at the State Capitol in Olympia, April 13.

Poems After the Japanese 45 & 47 published in Winter 2017 edition of Solitary Plover. (Friends of Lorine Niedecker newsletter.) 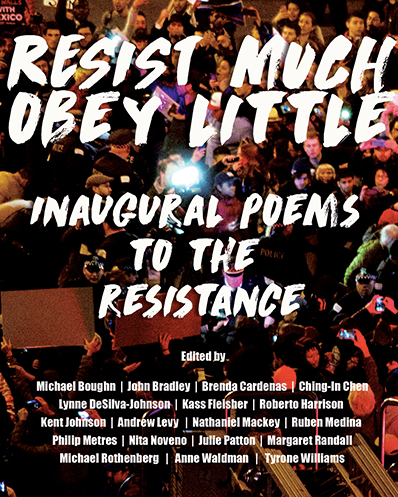 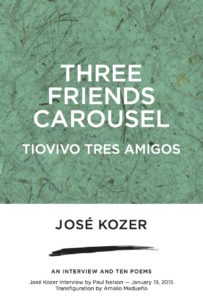 Interviewed Jeanne Heuving on The Transmutation of Love and Avant-Garde Poetics, Oct 14, 2016. 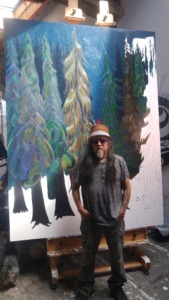 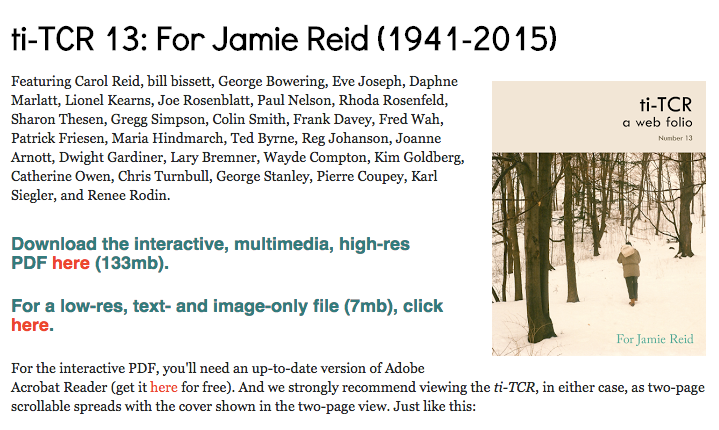 Review of American Sentences by Thomas Walton published in Pageboy Magazine, Seattle, May.

Speaker at Rainier Valley Rotary on Poetry and Cascadia, May 17.

Conducted interview with Seattle poet and teacher Judith Roche, May 11. 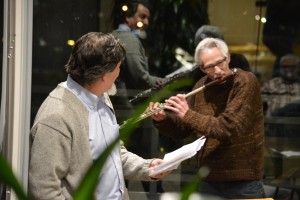 American Sentences/Housewarming Party at the Angeline,  with Jim O’Halloran, Dec 5. 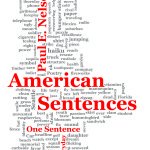 3rd iteration of Cascadia Poetry Festival (which Paul founded) was conducted in Nanaimo, BC, Apr 30-May 3. I was emcee, panel member and featured reader. 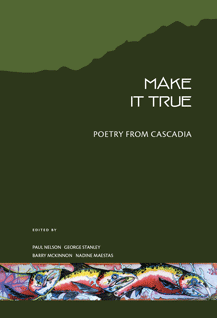 Chief Editor (of Make It True: Poetry From Cascadia (anthology) Make It True, published by Leaf Press, May 1, 2015. 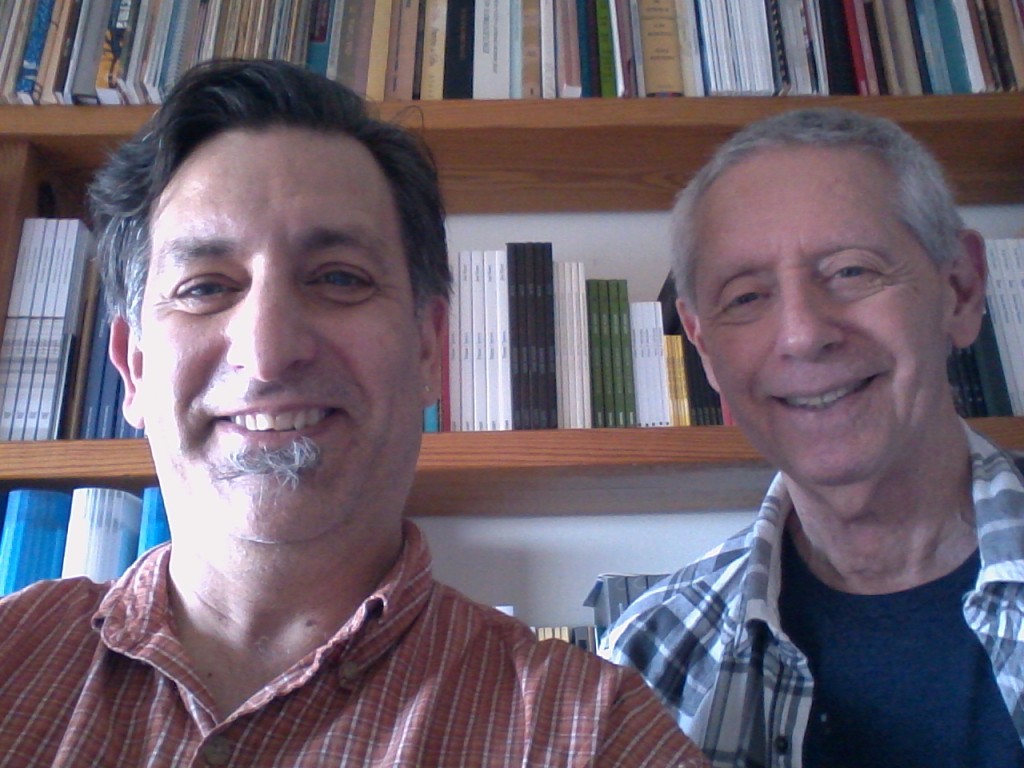 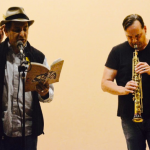 Awarded $500 SICA grant to do outreach to Vancouver and Errington, BC, to begin to determine the feasibility of SICA using the Cascadia Poetry Festival as outreach, October 18-20.

Poem Here Pig (from Pig War & Other Songs of Cascadia) published at the Porkopolis website (Considering the pig, a single-minded bestiary), September 17.

“I have gathered here some fine slops concocted of other thinkers choicest morsels, and nothing but the bucket that holds them all is mine own.” – Daniel E. Schultz, Porkopolis Editor.

Guest talk/workshop at Scribes youth writing class, Richard Hugo House, Aug 20.
Performed at SICA‘s Poems for Peace at the 14th Subud World Congress, Puebla, Mexico, August. Also hosted the SICA auction in Puebla and raised $7,500 for SICA and was a panelist and moderator at the Future of Storytelling event.

Coordinated and participated in the 8th August Poetry Postcard Fest, July-August, with 425 participating poets from around the world. 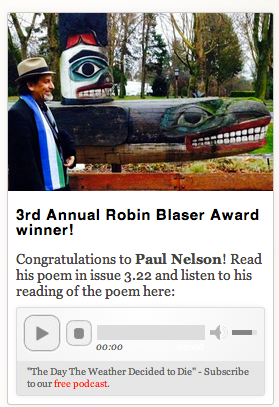 April 23, 2014, Curated a reading and read at the Maple Valley, WA public library.

January, 30. The Day the Weather Decided to Die published in Capilano Review as winner of the third Robin Blaser Award, January. 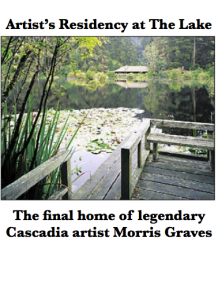 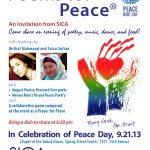 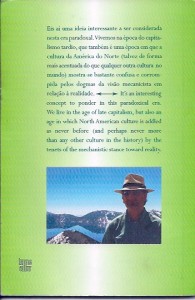 August ’13, essay Organic in Cascadia: A Sequence of Energies published in English and Portuguese by Lumme Editions of Brazil.
August ’13, facilitated visit by Moroccan poet and Beat scholar, El Habib Louai to several Seattle venues and to the North Cascades Institute. 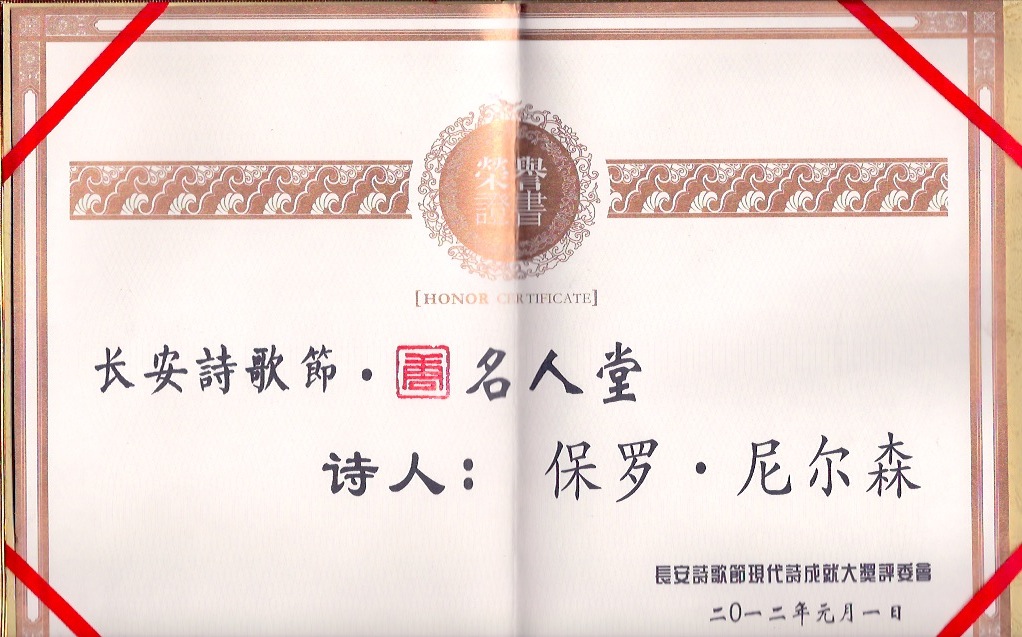 Awarded the Chang’an Poetry Festival Hall of Fame award for being the best featured reader for the 2011-2012 season at the festival in Xi’an, China, April 2013. 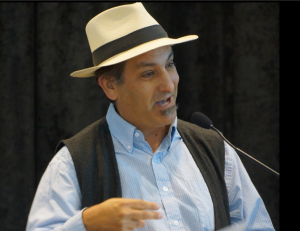 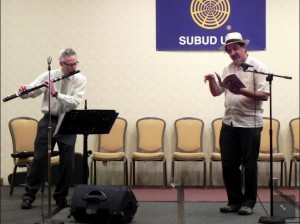 Interviews with George Stanley (on After Desire) and George Bowering, (on George Stanley’s Two Bits in the Green Guy) July, 2012.

Performed with flutist Jim O’Halloran at Seattle Center’s Unexpected Arts, in celebration of The Next Fifty, the 50th anniversary of the World’s Fair, June 12, 2012. (Andrew Jordan’s video of the performance.)

Interviewed by Steve Barker for Ordinary Madness #24 podcast, Seattle, May 1, 2012.

Introduction to reissue of Specks by Michael McClure published by Talon Books of Vancouver, BC, April, 2012.

Conceived of, organized and staged the first annual Cascadia Poetry Festival, at SPLAB and other venues, March 23-25, 2012. The event featured ten Canadian poets, many U.S. poets, a Sound Poetry Festival, morning roundtable discussions on Cascadia poetry culture, workshops, an After Party and an open mic and exceeded attendance goals. Funding was provided by Humanities Washington, Poets & Writers and other sponsors.

The Day the Weather Decided to Die (haibun) published in About Place, A River Runs Through Us (Black Earth Institute), February 2012. 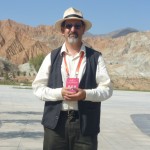 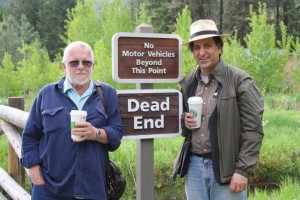 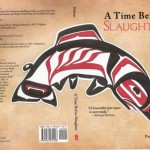 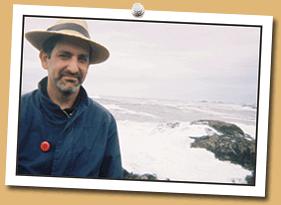 You Tube video of Paul at Subtext 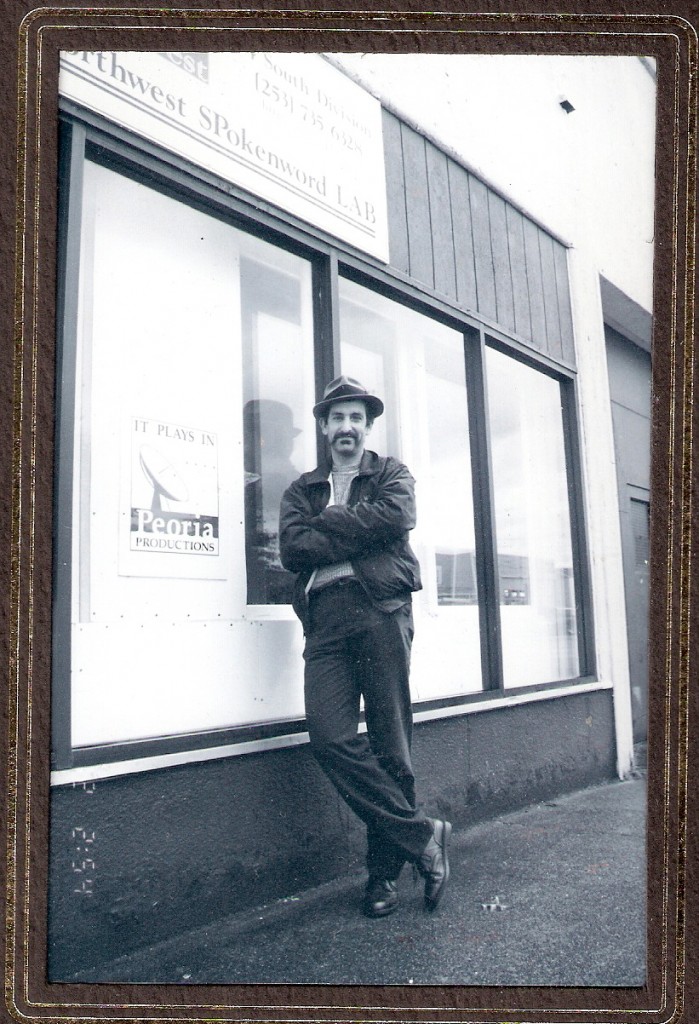 At the Auburn SPLAB