From 1997 – 2004, served on the Board of the Red Sky Poetry Theater in Seattle, the West Coast’s longest continuously-running poetry open mic. I was honored by the Auburn Coalition for Teen Pregnancy Prevention for support of Auburn Youth with the NW SPokenword LAB and served on the steering committee. 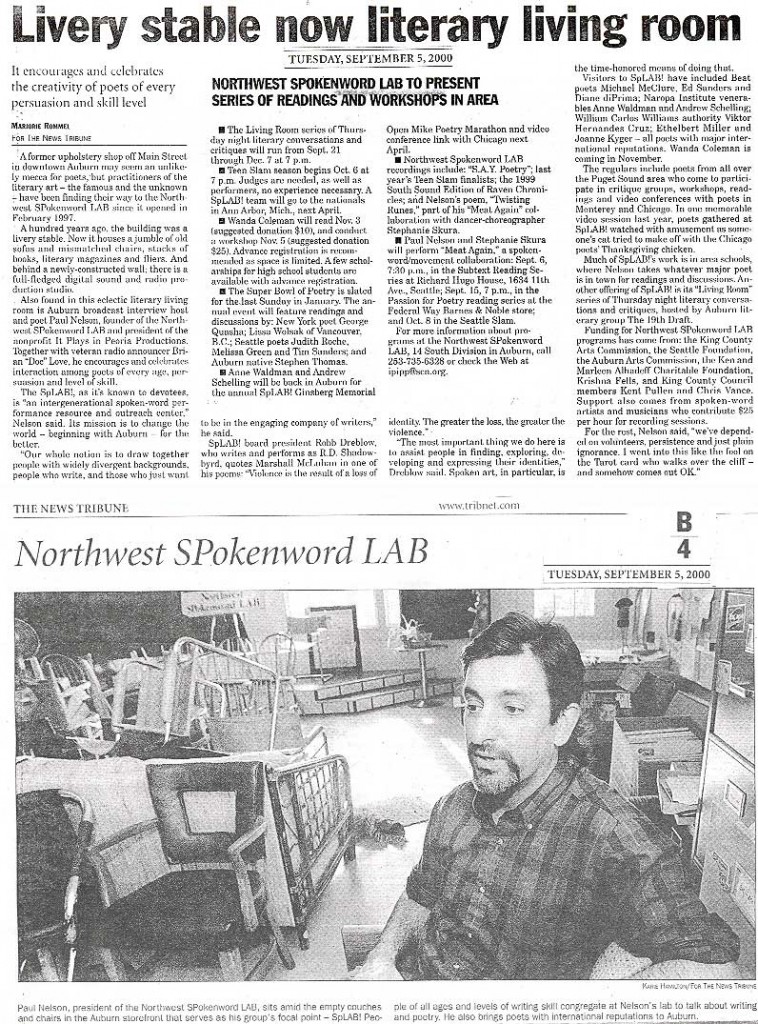