I was fortunate enough to have some poems published in the latest edition of The Cafe Review out of Portland, Maine. There are some other very fine poets published in this edition. See: 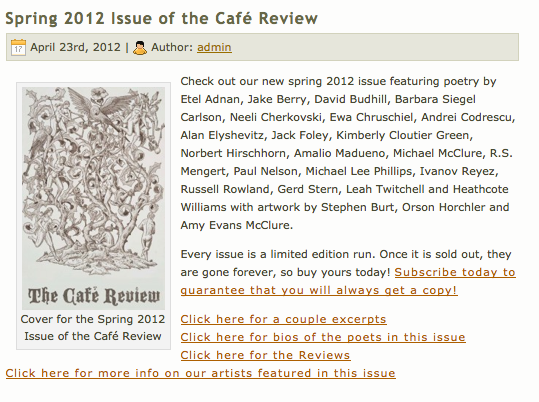 They selected three haibun of mine from the series Haibun de la Serna. I am writing 99 of them and have already posted a recording of one of them, Dragonfly Resurrection, on Soundcloud:

Here are the other two: 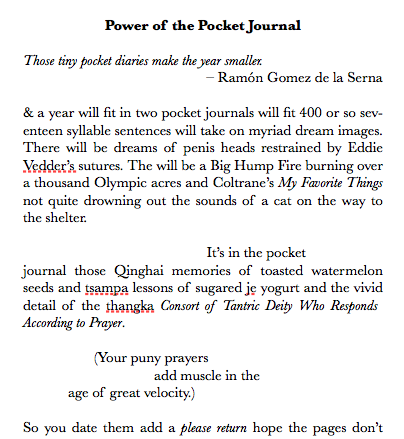 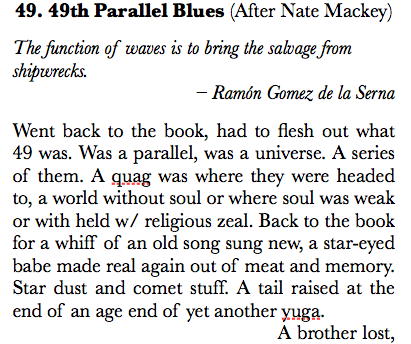 These editions of The Cafe Review are printed in small batches and with McClure and other fine poets in there, they are sure to be worth some dough some day. Enjoy,