The Latest from the Four Hoarse Men SOund POetry Troupe

Greg Bem, Jason Conger & Joe Chiveney, poets I met through SPLAB, liked my idea of doing a cover of a Four Horsemen Sound Poem. I had seen the clip from Ron Mann’s documentary, Poetry in Motion (1981) and proposed the idea of performing it at the Breadline open mic. Joe had a Mexican vacation when we had to perform at the Puget SOUND Poetry event that Nico Vassilakis curated, also at the Vermillion Gallery and Bar, which hosts Breadline. We recruited Jeanine Walker to fill out the fourth hoarse spot and she’s stayed on with us, performing at the Ballard Poetry Festival and last Wednesday at Breadline.

To hear the latest poem by the The Four Hoarse Men sound poetry troupe, click: https://thefourhoarsemen.blogspot.com/2012/05/rune-sound-poetry-divination.html.

There is something in this form of poetry that I find satisfying. Is it raw emotion and expression that would lie under words, but we’re cutting out the middle man. I also like the idea of doing public divination. If you listen to the mp3 at the link, you’ll see how a bit of magic came up for the 2nd querent. (The only serious one.)

We have applications in for performances around town in the next few weeks. We’d love to see you at one of them. We’re confirmed for a short performance at the Greenwood Lit Crawl on July 13, details coming soon. Thanks to Edred Thorsson for the source of the Rune sounds.

Here is one of the scores from our last performance: 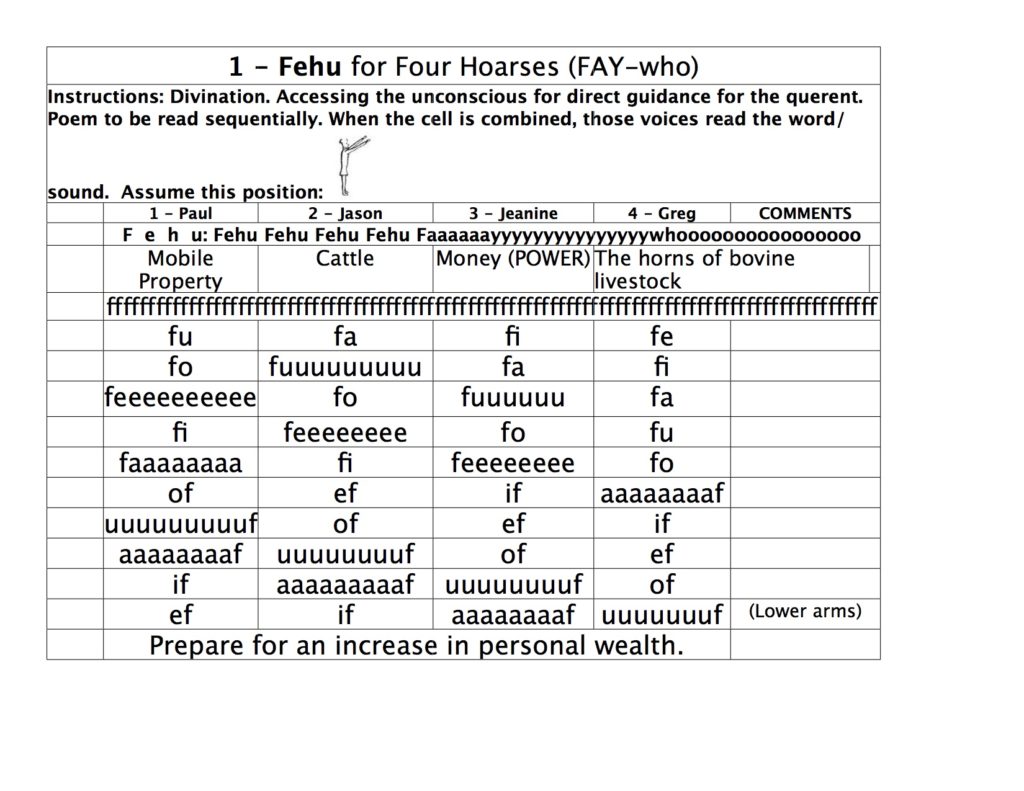