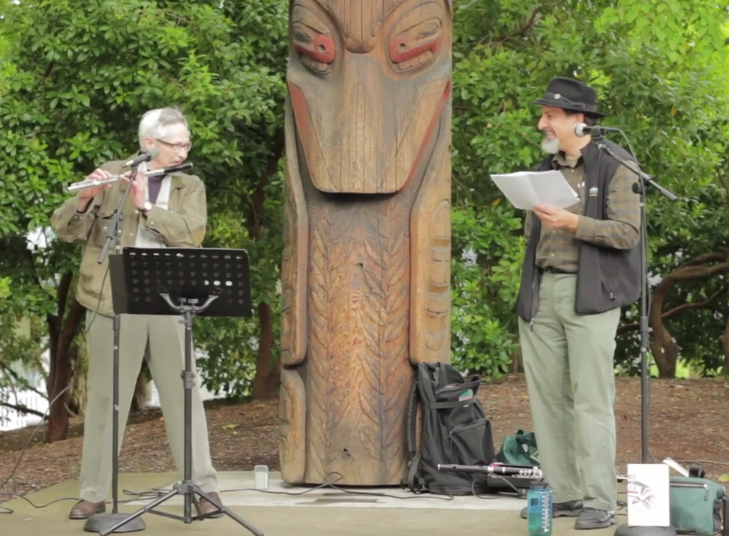 Jim O’Halloran is a Subud Brother, nurse and brilliant musician. He plays flute and does occasional gigs around town, always surrounding himself with other excellent musicians. We met at the Seattle Subud House and then later saw each other at an Earshot concert at the Triple Door a few years ago. He invited me to play with his band at an annual concert at Bradner Gardens near his house and we have developed a friendship AND a working relationship. He plays flute & I read my poems.

The latest iteration of this collaboration was captured on video by Andrew Jordan. Thank you Andrew. It was a performance at the Seattle Center for The Next Fifty, a celebration of the 50 years since the Seattle World’s Fair. Thanks to Jack Straw Productions, I was asked to read and I invited Jim. Here is our set list for the day: