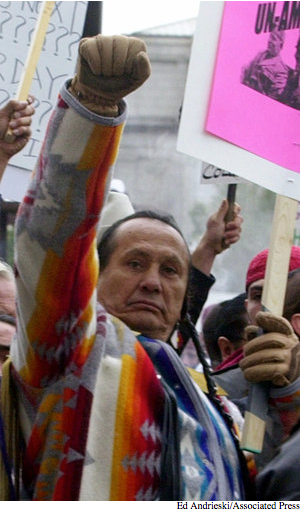 Russell Means died on Monday morning, October 22, 2012, on his ranch on the Pine Ridge Indian Reservation in South Dakota. I had the good fortune to be able to interview him in October 1995 when he was touring with his memoir Where White Men Fear to Tread. He talked about Indian culture, the American Indian Movement, the Disney animated movie Pocahontas and the life of a man dedicated to the liberation of Indian people. The program first aired on October 29, 1995.