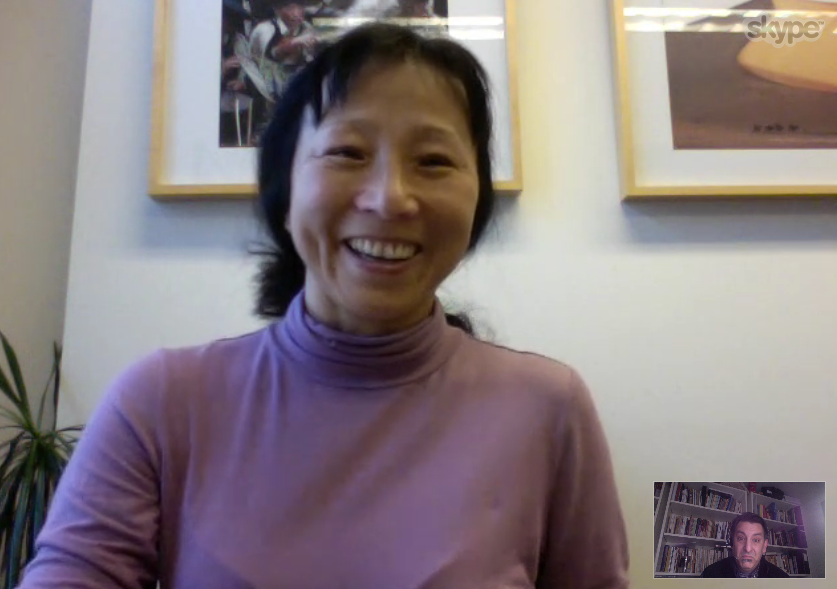 Kinship of Rivers is an international project engaging art, poetry, stories, music, dance and food to connect people and communities along the Mississippi and Yangtze Rivers. Founded in 2011 by Wang Ping, we caught up with her on December 26, 2012, via Skype to discuss the project, how it was inspired, in part, by Allen Ginsberg, her experience in taking students paddling on the Mississippi River and how she believes rivers deserve human rights. Part 1 (11:40)

In part two of our interview with Wang Ping, she elaborated on her affinity for indigenous peoples because of the reverence they have for the natural world, coordinating tobacco ceremonies with indigenous students at the Mississippi River, the process of making the river flags, paddling at several of the Mississippi’s confluences with other major rivers, visiting New Orleans and seeing the wake of the BP oil spill. Part 2 (12:00)

In part three of our interview, Wang Ping discussed how she got the idea of creating river flags, based on Tibetan prayer flags, her experience of the Yagntze River growing up in Shanghai, her feelings about the different cultures in the Upper Mississippi and Lower Mississippi River Valley areas, her feelings about some U.S. political rhetoric about China, an experience she had at the huge Three Gorges Dam project in China and the power of water. Part 3 (22:00)

A pdf with information on the project.