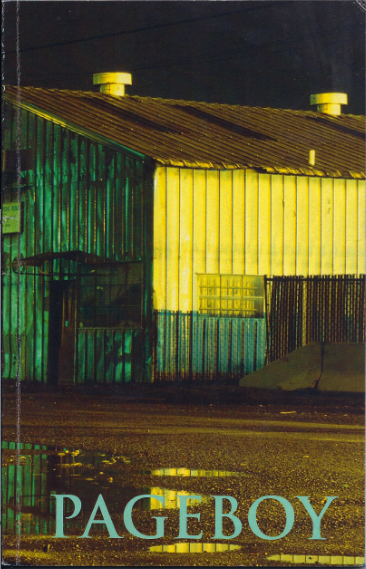 We’d planned to interview Thomas Walton about the publication he edits and publishes, Pageboy Magazine, as well as contributor Sierra Nelson not long before it was deemed BEST LITERARY MAGAZINE IN SEATTLE by the local alternative newsweekly, The Stranger, but didn’t and, again, got scooped. Still, Thomas and Sierra Nelson agreed to chat about their own work, the magazine itself and recent poems on January 12, 2012.

In the introductory segment Thomas talked about why he started a print magazine in a digital age, how he determines how writing gets selected for the magazine by looking for “people who are working” (suggesting that one can tell when a writer has a certain level of commitment) and how Gertrude Stein and Lyn Hejenian are inspirations for his work. Part 1 (6:47)

In segment two, Thomas discussed why he has published Sierra Nelson’s work in PageBoy on at least two occasions, because of the work’s accessible tone and offsets more eccentric work, how in the magazine he likes to create a sort of “musical score” utilizing the different tones represented, and why he d0es not publish his own work in the magazine.

He shared a story about 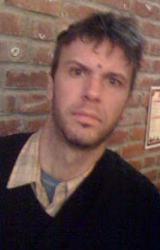 something an Evergreen (The Evergreen State College) professor told him regarding publishing one’s own work in one’s own magazine. Sierra talked about her piece in the magazine called “Constellations” and the writing workshop based on maps of the cosmos which utilized constellations as inspiration. She also read that piece. Part 2 (9:55) Sierra Nelson reads “Constellations” (:50).

In part three the pair discussed the Seattle and Pacific Northwest literary community and the qualities that distinguish it, such as the love of language in poets of the region that (in the best cases) is not eclipsed by a disembodied intellectualism. The innovative writers associated with the UW, UW-Bothell/Subtext and the general diversity of the local and regional literary communities. Thomas also discussed how, in part, the work of the magazine is to allow different sub-communities to “bleed into one another” and his thoughts about Paul Constant’s characterization of PageBoy as the “Best Literary Magazine in Seattle.” Part 3 (8:39) 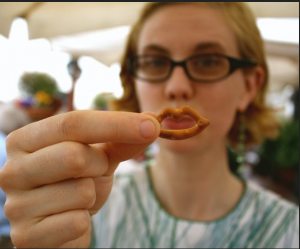 In the fourth segment, Sierra discussed the piece “Ghost Meat“, her own experience with bbq (she’s a longtime vegetarian) and read the piece. Thomas discussed how he gets work from more established poets like Lorine Niedecker, Michael McClure, Jose Kozer, how he loves to scout poetry readings and solicit work from poets whose work he admires such as at the January 2012 MLA off-site reading and the notion behind how the visual component of the magazine comes to be. Part 4 (13:08)

In part five, Sierra discussed how her work is going in the direction of fairy tales and dreams, the difficulty of harvesting dream material and making successful poems from it and an unpublished piece in progress entitled “The Mechanical Wife.” Part 5 (7:11)

In the final segment, Thomas discussed his interview with Barbara Stein, the great granddaughter of Gertrude Stein and he and Sierra read the interview, with Sierra reading the answers Barbara Stein gave to Thomas Walton. Part 6 (7:09)