Ghost Tantras (Ceremonies to Change The Nature of Reality) 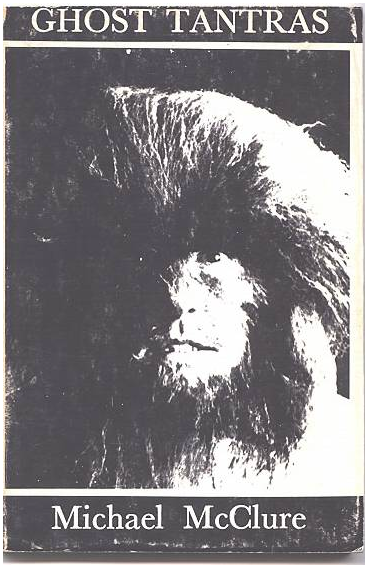 It was early in 2012 that I finally acted on my interest in sound poetry. I had heard Dada sound poems, Jerome Rothenberg’s recitation of the sound poetry of Hugo Ball, the Canadian group the Four Horsemen and Michael McClure’s Ghost Tantras, composed in a mixture of English and what McClure called Beast Language. I listened several times to a Four Horsemen sound poem featured in the 1981 film Poetry in Motion, for which I have not found a title, only a description of it as “emotional poetry.”  I wrote out my own score based on that and recruited Greg Bem, Joe Chiveney and Jason Conger and we performed a few times in 2012 as The Four Hoarse Men because of the toll that particular piece has on the vocal chords. We even set up a blog for the group here.

This past week I have performed sound poetry twice. Once, at my featured reading at Peter Munro’s series at the Wedgwood Ale House with Jason Conger and once with Jason and Joe Chiveney at Graham Isaac’s book release party at the Showbox Theater yesterday (2.17.13).

McClure once described his Ghost Tantras as “Ceremonies to change the nature of reality.” You can take that as hyperbole, or experiment with the poems, listening to them, or better, reading them aloud and seeing if they in fact do change reality’s nature. It took some guts to read these poems to lions at the San Francisco Zoo, as McClure did twice. On Monday night after the first half of my featured reading, one audience member, a friend, responding to the just finished selection of three of the Beast Language poems looked at me with sheer disgust. As if I had done something to them! They liked my reading up until the point where we started doing “medieval poems.” (Their description.) No less than two people said afterward that person’s reaction was sign of a successful performance and I think there is something to that. The reaction was as visceral as the poems. 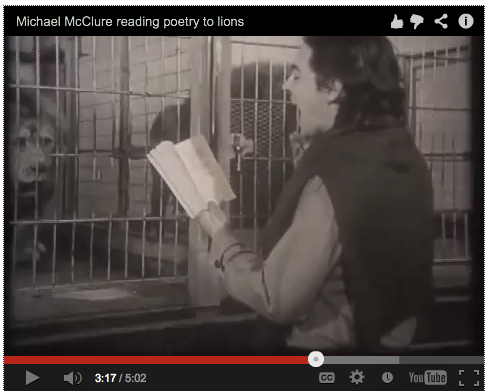 The performance at the Jewel Box Theater was billed as Jason Conger’s Word Orchestra and was, essentially, three of the Four Hoarse Men. You can see our entire performance here, or click on the image below to get right to the Ghost Tantras. The section is about 4 and a half minutes long. 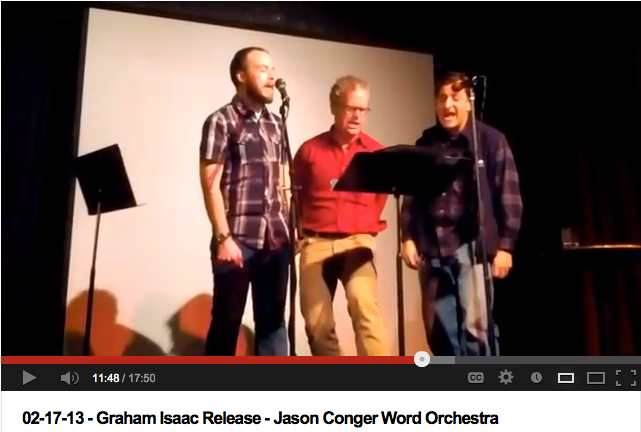 The Ghost Tantras are featured in a Douglas Kahn book on the history of sound in the arts: Noise Water Meat. In the book’s final chapter on Antonin Artaud and McClure, Kahn goes into great detail about the Ghost Tantras, stating at one point McClure does not believe they should be classified in the same category as European sound poetry. Kahn quotes McClure as saying Beast Language is a mammalian communication that “comes right out of my muscles.” In the act of their composition, the poems got more complex as they went along, as if they were some kind of life that matured and finally, after 99, met their end. He read the poems on two occasions to lions at the zoo, one time captured by a public television crew for a special on his work. He also read some of the poems to a female snow leopard and he said he felt her: “flecks of saliva spatter my face.” And that he was: “surrounded by the physicality of her speech.”

There is one last part of McClure use of Beast Language I feel important to cover here and that is that McClure was experimenting with Wilhelm Reich’s orgone therapy, as well as kundalini yoga. To practice kundalini while also experimenting with psychotropic drugs, as McClure was doing, is not advised. But kundalini is said to be the “the inspiring force, the inspiring element” for Beast Language. In an interview from September 2002, McClure goes on to say:

The things that have been done with beast language interest me. When I wrote Ghost Tantras, I was doing Kundalini Yoga. I knew there were going to be ninety-nine poems in the book. They were going to come from the sounds that I could hear in a ball of silence that I felt within myself, a ball bigger than myself but within myself. A silence filled with these sounds. They were written just about everywhere I happened to be at the time: in the mountains of Oaxaca, Mexico, while on an expedition to bring back psilocybin mushrooms; in somebody’s front yard; in a bedroom; in an airplane; in San Francisco; and in Mexico City. They came from a religious experience.

When they were published as a book, people would come up and say, “Ghost Tantras was used as one of the tools while I was in a psychiatric institution.”  I’ve heard several times of it also being used in jail workshops. In those days, I thought that the function of a tantra was to change the shape of the universe, a way of liberating—not that we get very liberated; we get as liberated as we can. I think they may have had some use for that. I wrote a play in the same beast language too.

Yes, there is something joyful and cathartic in these poems. Perhaps you’ll get that from the video, but they’re best experienced as poems read aloud. I hope to score all 99 for three (or more) voices and continue to perform them from time to time.