How to Not Get Lost Backpacking 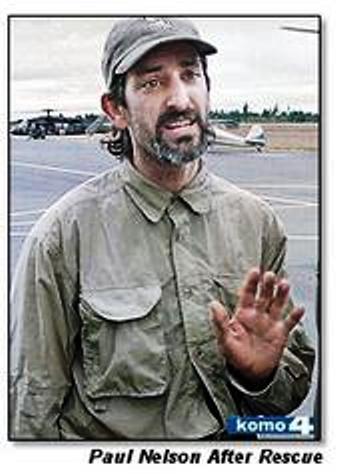 The vision quests in our culture are usually unintentional. We have, by and large, rejected the ancient needs for rituals to mark rites of passage, but somewhere in the psyche, a human demands it to move on to the next level of existence, or fail trying. Last week I had quadruple hernia surgery and now I have to be careful when I laugh, sneeze or clear my throat.

In September 2000, I experienced a different kind of vision quest, being lost in the Olympic National Park wilderness alone. How did I deal with the aftermath of all the publicity? I used it as fodder for my radio show in an effort to spare someone else a less happy ending. Here now the interview with two Park Service Rangers who helped pull me safely out of the wilderness of Olympic National Park in September 2000.

At the time of the broadcast, Barb Maynes was the Public Information Office of Olympic National Park and Dan Pontbriand was a Lake District Ranger and the leader of the search which resulted in the rescue of your humble narrator. In segment one, they talked about their own experience in Olympic National Park, how they came to be park rangers and their favorite spots in the Park, like Hurricane Ridge, the Elwha Trail and the Low Divide. Part 1 (5:44).

In the segment two they discussed the aspects of the Park that lend themselves to understanding it as a spiritual place. At about 1:14 in this segment Dan Pontbriand mentions the Park’s “quiet” three times within about 19 seconds. This quality gives you, in his words, a chance to “reconnect with yourself.” (The  perception of the Park as an incredibly quiet place was validated years later by the One Square Inch project which seeks to create a sanctity of silence in the park by restricting airspace above the Park from commercial air traffic.) The specifics of the story started to be discussed, especially the specifics of my hike, potentially into the Bailey Range and of my personality and tendencies. Part 2 (5:54).

In segment three the Bailey Range was discussed, the largest swath of land in the lower 48 United States without roads or man-made trails of any kind, it was for a time, a destination for me on this hike (Sept 2000) but decided against it. The Cat Walk was discussed and the specifics of the search, including the red flags which initiated the search and the aspects of the event that helped the search. They also discussed the importance of having a backcountry permit and how that helps the Park Service to limit effects of use, as well as how the media is engaged in a situation like this and how back country equipment providers like REI cooperate with the search team. Part 3 (7:13)

In segment four Barb Maynes discussed the response the Park got from the Press Release regarding my situation, including “one of the busiest eight hour stretches of answering phone calls from reporters.” Part 4 (2:33)

In part five, the smart decisions made by the focus of the rescue were discussed, including the fact that I did not give up, that I was familiar with the ten essentials of backpacking, the SOS that was left in the snow was a classic example of leaving a sign for rescuers and how following a creek in the Olympic National Park is not a good way to get to safety. Aspects of my profile which aided in the search were discussed. The $15,000 cost of the rescue was discussed as well. Part 5 (7:02).

In the final segment, Maynes and Pontbriand discussed the fact that the Olympic National Park is a World Heritage site and Biosphere Reserve, as designated by UNESCO and how that fact is better known outside of the U.S. than inside it. Attractions like the Hoh Rain Forest and other places give it a relevance that make it important to the heritage of the planet, according to the U.N. They also discussed some of the search and rescue efforts that do not turn out as well as this one. Ones described as “still open” as well as notions to ensure a rescue that seem like a good idea but are not tenable and the top ten good ideas for surviving a backpacking trip. Part 6 (15:03). 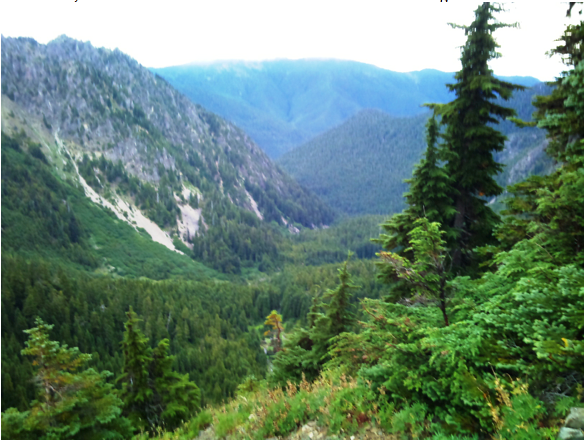