The History of the Decline of Wild Salmon 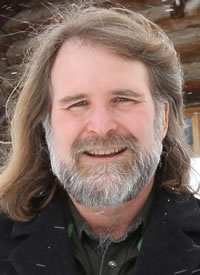 David Montgomery – The History of the Decline of Wild Salmon

David Montgomery is a Professor of Geomorphology at the University of Washington and author of: King of Fish: The Thousand Year Run of Salmon. In the opening segment he discussed how he got to the Northwest and got interested in salmon, how Chinook Salmon chased his dog out of a river,  the four Hs that affect wild salmon: Habitat, Harvest, Hatcheries and Hydro and the resilient nature of this fish. Part 1 (6:50).

In the second segment David discussed the history of salmon hatcheries going back to an officer in the Prussian Guard in the late 18th century who rediscovered the art of salmon hatching. He told the story of how King George ate the last salmon and ancient laws going back to the year 1030 designed to protect salmon runs, as well as how the advent of the Industrial Revolution started the extinction process of salmon in England and how that process was replicated on the Atlantic Coast of North America. Part 2 (9:50).

In segment three he discussed the Saber Toothed Salmon (an extinct species), the evolution of the Pacific Salmon (& how it reflects a changing landscape and the evolution of the topography) and how private interests in Scotland, the fisheries, helped stem the decline of wild salmon (with a little restraint) and diseases affecting salmon. Part 3 (6:29).

In segment four he read from the book about Lonesome Larry, the lone sockeye salmon that made the 1,000 mile trek back past 13 dams on the Columbia River and the Snake River to Red Fish Lake in Idaho in 1992.  He discussed the controversial notion of fish hatcheries to keep wild salmon runs populated only serves to trade wild fish for domesticated fish as well as the Native American perspective and the story of Celilo Falls (now underneath a dam on the Columbia River). Part 4 (8:57)

In the final segment, he discussed efforts to save wild salmon runs, including the NW Power Planning Council and the Endangered Species Act, the ludicrous nature of trucking fish around dams and other efforts to address symptoms rather than the large problem of giant hydroelectric dams which he calls an “entitlement” and how they have shaped the history of the Northwest at the expense of wild salmon. The pre-Elwha removal interview also went into the notion of why the Elwha dams had not been removed at the time of this taping, August 2004, as well as the notion of Genetic Integrity of wild salmon and the idea that we should reconsider how we use flood plains and using the Puget Soundkeeper model of having someone arguing for the resource, ie: represent the fish. Part 5 (12:56)

David R. Montgomery studies the evolution of topography and the influence of geomorphological processes on ecological systems and human societies. He received his B.S. in geology at Stanford University (1984) and his Ph.D. in geomorphology from UC Berkeley (1991). His published work includes studies of the evolution and near-extirpation of salmon, fluvial and hillslope processes in mountain drainage basins, the evolution of mountain ranges (Cascades, Andes, and Himalaya), and the analysis of digital topography. Current research includes field projects in the Philippines, eastern Tibet, and the Pacific Northwest of North America.

BACK TO ARCHIVE INTERVIEWS HOME