Organic in Cascadia (translated for Brazilians)

José Kozer has been kind enough to connect me with a Brazilian poet Francisco Dos Santos who is translating and publishing a short essay I wrote for the Convergence on Poetics symposium at UW Bothell last September (2012). The essay is called Organic in Cascadia: A Sequence of Energies. Not really an essay, but a series of talking points that I either have, or could, develop further. He requested an introduction for Brazilian readers and I wrote this and publish it here for your perusal:

Organic in Cascadia: A Sequence of Energies

First of all, I am grateful to Francisco Dos Santos for his efforts to translate this essay and to José Kozer for connecting Francisco and I. I am afraid an explanation will be longer than the essay, but I’ll do it. The ideas expressed come out of a 25 year investigation of whole-systems approaches to issues and 20 years of interest in poetry.

Out of the whole-systems inquiry came the notion of bioregionalism, the notion that natural boundaries are more relevant that those drawn by arbitrary methods which are almost always the product (and legacy) of colonialism, a force which must be overcome by all peaceful means necessary.

Out of poetry came the twin of the whole-systems world view, which I have come to see as Projective Verse, as Charles Olson called it and as practiced mainly by Michael McClure, about whom I have written several essays. That Robert Duncan and Denise Levertov called the approach Organic is consistent with the organismic world view.

For me the logical extension of this kind of spontaneous poetics is the serial poem and Robin Blaser and Nate Mackey are two of the best sources of understanding this mode and practitioners as well. That Blaser wrote an essay called The Practice of Outside is telling, that we connect with forces greater than our “selves” is key. My practice of Latihan Kejiwaan (through the worldwide Subud group) has given me deeper understanding of the nature of contacting forces greater than the “self” and has enhanced my process and understanding of the process of composition, in one way or another, favored by all the poets mentioned in the essay. 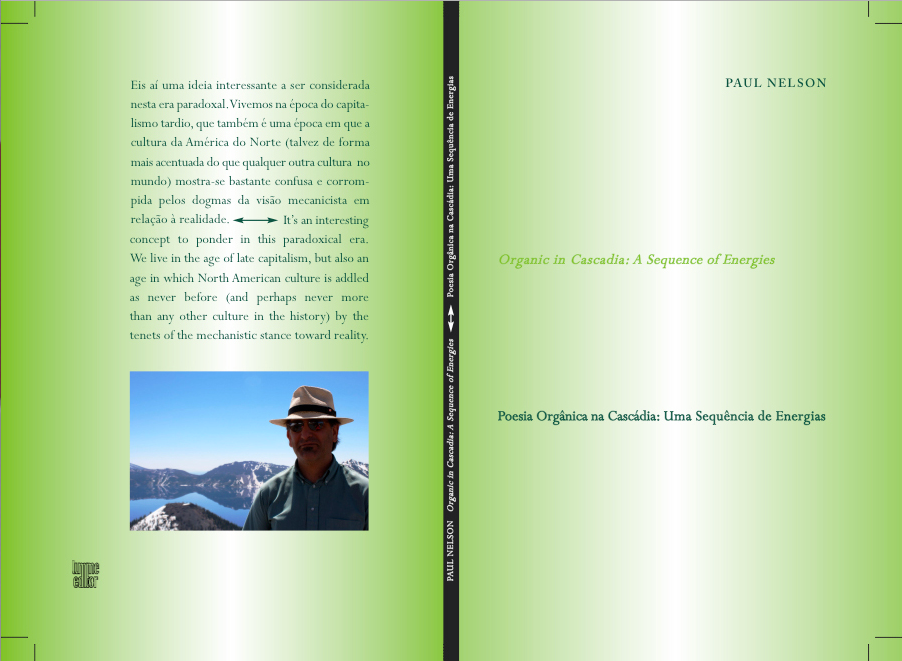