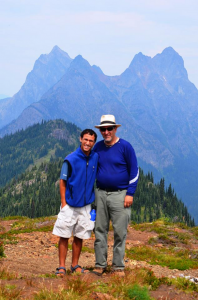 It is a month after El Habib Louai visited Seattle, postcards composed during his visit are appearing on my blog and I am reliving the moments through the poems as if they are happening again. Part of what makes this satisfying is the composition method in which, as Robert Duncan suggested, the poem under hand is an event itself, not the record of an event. An important distinction I have come to understand better as the years progress. Habib withdrawal is another part of the dynamic behind the poem and, hopefully, the poem reflects some of the energy still present in Habib’s wake. There’s something about his humility, energy, passion and perception which continues to fuel my own investigations of consciousness through poetry. And so to look over the words used in the postcards, so as to have some material from which to work, to see the links whether they be sonic or content, or best, both, among other qualities, I used the Wordle application to create a soundcloud. (See below). Best read while listening to the poem as it is read, I think. (pdf) 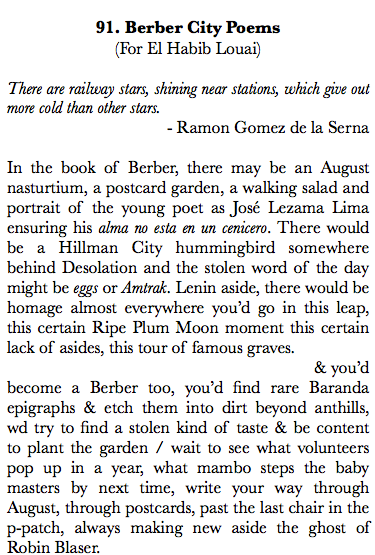 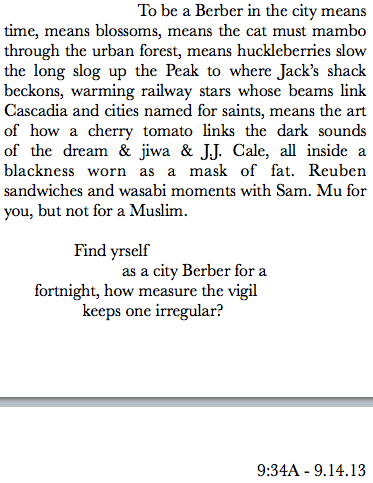 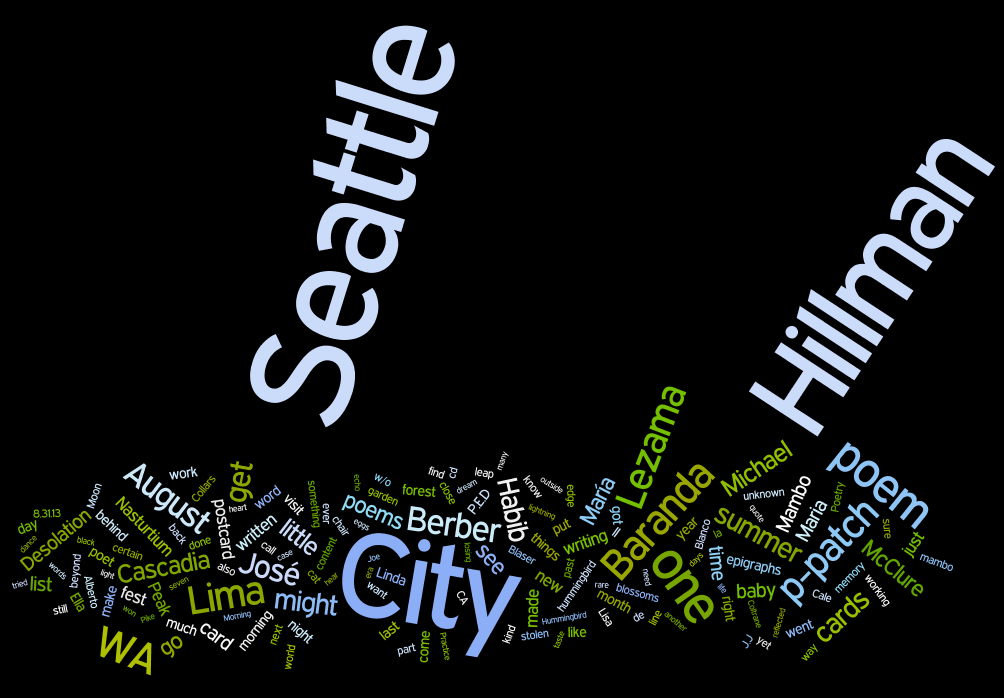