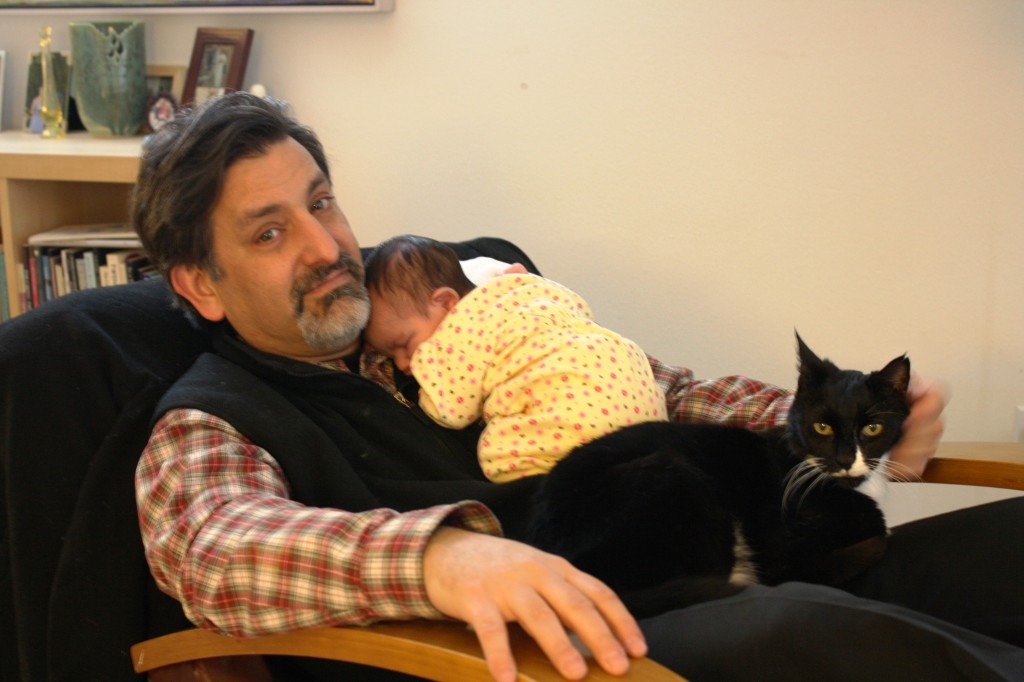 Zappa came into my life in the middle of 1997 and we estimated his birthday at April 1, 1997. He was a remarkable cat. He had to have been to live with me for almost 17 years. My oldest daughter Rebecca wanted to name him “Midnight” but we settled on something after a quick look at my record library and Zappa it was.

I had a dog, Kuma, at the time, but Zappa would stand up to him and the play fights they had were remarkable. Zappa on his hind legs standing up and grabbing Kuma (a large Black Lab/German Shepard mix with a touch of Dalmatian) on each side of the neck and bite him there hard enough to get Kuma to howl. As a sporting gentleman, he’d let Kuma go and Kuma would do the same of Zappa would howl loud enough to let Kuma know he’d gone too far. Once or twice Zappa even joined us on the evening walk Kuma and I would take in the downtown Auburn neighborhood where we lived at the time. Some guys down the street said something like” “Check out that dude! He’s walking his dog AND cat! That’s tight!”

And he was an indoor/outdoor cat ’til the last couple of years here on Lucile when he got his ass kicked at the front door and I had to chase that other cat away. he never went outside again. He won his share of fights and lost a few, including one that gave him an abscess in 2000 or so. The need to go outdoors meant, until the later years, I NEVER had to have a cat box. That was great. It also meant he had to let us know he needed to come, or go, if we lived in a place with no cat door, such as at 908 I Street N.E. in Auburn where he would hang on the window ledge outside our dining room. First time visitors to the house thought that was pretty freaky, him hanging there like that and maybe it made him an EVEN LONGER cat than he was. Maybe that’s what helped him be a good hunter, though our neighbor on E St. did not care for the bird he brought her one time. And the summer Sunday morning at I Street when a bird he’d caught was flying around my bedroom at about 7AM was a freaky wake-up call. I’ll never forget Anne Sweet seeing him and saying: “THAT’S a good-looking cat!”

It was not long after Ella was born that he started to go downhill, his fur matting and leaving clumps of matted fur around the house. Ella put a few of those in her mouth. One of them was so big, it was about a third the length of his body. Still attached on the top, it looked like a wing. I tugged at it but did not want to rip it off. A couple of days later it came right off and I put it in a plastic bag. Jason Conger suggested I could use it as a merkin after my hernia surgery, but I never did.

He died while Mer, Ella and I were out of the house, sometime between 4 and 6PM tonight. I had a chance to say goodbye to him last night and today, telling him I was sorry for all the times I treated him badly and I could imagine he said back to me: “That’s what we do. We put up with it and if the bad outweighs the good, we stay.” He stayed 17 years almost to the day, so I guess it was a net plus for him. I can’t imagine a cat more perfectly suited to me and boy do I miss him. One of my youngest daughter Ella’s first words was “Zappa” probably mimicking my high pitched song to call him for dinner, or to my room.  Rebecca used to call him “her little brother.” Indeed. 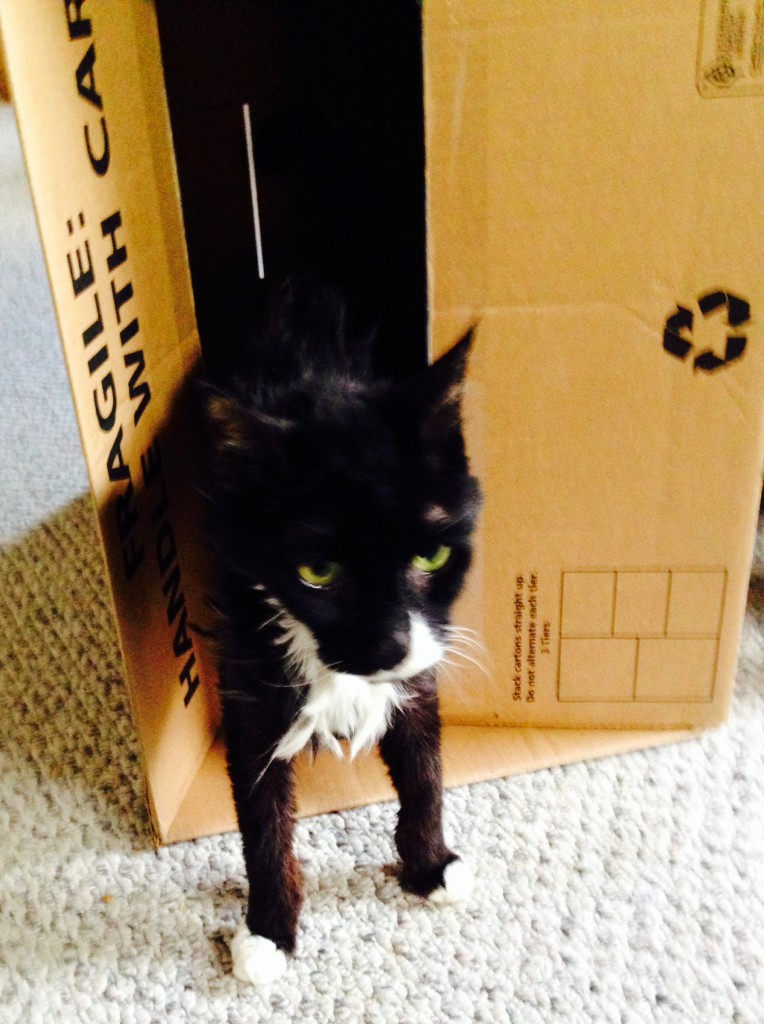