As part of our marathon road trip, Mer, Ella and I stopped in Denver specifically for the purpose of visiting the Clyfford Still Museum. One of the most unique painters in USAmerican history, Still has roots in Cascadia, having graduated from Washington State College (now WSU), taught there, and having created a colony of artists to document the Colville Tribe. He’s one of the most important figures in the Abstract Expressionism movement which has been described as the first school of painting that was uniquely USAmerican and recognized globally as an advancement in the art. 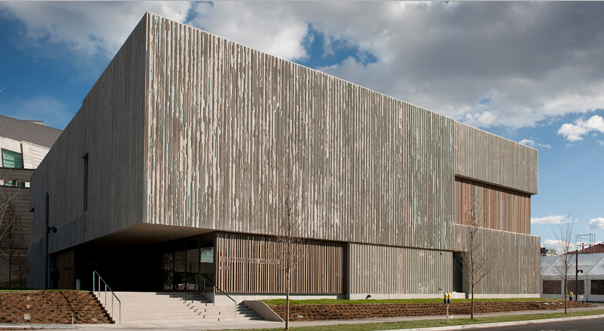 I came to Still through Michael McClure’s use of Still’s quote: “Demands for communication are presumptuous and irrelevant.” This goes to the depth of Still’s gesture, his uncompromising nature and is an inspiration for any artist who creates unique or even “difficult” work and fails to get any recognition. That we live in a society that is materialist in nature, hyper-capitalist and a product of the industry-generated culture suggests that Still’s achievement is rare and may be more rare as we work through the dissolution of the US empire and the system of capitalism. The museum website states: “Still’s will stipulated that his estate be given in its entirety to an American city willing to establish a permanent museum dedicated solely to his work, ensuring its survival for exhibition and study.”

Still’s motivations were, and continue to be, remarkably misunderstood. An anonymous critic quoted during the legendary Knox-Albright felt he could do what Still did himself. And one blogger says: “The more I know about Still the less I like him” and calls Still: “a pompous, paranoid  personality.” I have a theory about all this, but I am going to share two notes I took in my quick tour of the museum on June 5, 2014. 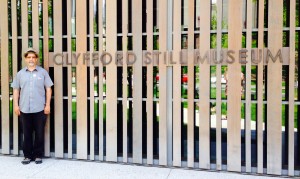 Photo by Meredith A Nelson

1) “Finding forces within yourself.”

This quote was taken from Still. It is directed to the person who would experience Still’s work and refers to the great power and depth of the gesture Still was able to create in his lifetime following his gut and refusing to settle for what he called in an April 12, 1955 letter to critic Clement Greenberg the “traps of security” in which he included: “rationalism, culture, aesthetics, conventions and alibis.”

As I had difficulty understanding the work of Michael McClure and Charles Olson when I first encountered their respective gestures, there were enough clues that I was capable of grasping when first introduced to their work that led me to understand there was something for me in it. With McClure it might have been a reference to Alfred North Whitehead and with Olson a line from his essay Projective Verse, that: “…stance toward reality which brings such verse into being.” 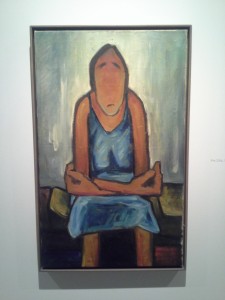 (A Still piece from the 1930s before his commitment to complete abstraction.)

The forces within one’s self Still refers to could be akin to shamanism, which he may have had some access to when he created the Nespelem Art Colony around 1937. The word that comes to mind at the moment to best describe what I feel Still was referring to when discussing this is entelechy, or the innate force which drives one’s own individuation or realization of potential. In some dictionary definitions, the word soul is the second definition of this force. If one has other motivations (see Still’s list above) or is closed, has a soul which is not consciously being developed, it is understandable why Still’s work or methods would be subject to ridicule or misunderstanding. One can be wary of commercialization and still sell paintings or have exhibitions. It all goes to the intent and that is hard to suss if you are a positioner, poseur or dilettante yourself. McClure has a phrase which describes the person who is seeking to avail his or herself in the great work of soul-building and he calls it a “hunger for liberation.”

Another Still phrase I caught in my notebooks while visiting the museum. It reminds me of a line by William Carlos Williams that BC poet Barry McKinnon likes to quote and that is: “Each poem should summarize the poet’s life up to that point.” (I may be paraphrasing, but you get the idea.)

When one has that vibrant inner life, when one is in tune with the mythic components of life, each act, each work of art, in my case each poem, essay and blog post, is a marker in that effort of self-realization. Here’s what I discovered. This is why hearing a poem that declaims, is pedantic or is simply about stating a point of view is, for me, usually a waste of time. If you do not discover something in the experience of writing the poem, how is anyone else?

For only the second time in the ten years I have been doing latihan did a spontaneous one occur while walking through an art exhibit. The first time it happened in the Bill Reid Gallery in Vancouver, BC. I could feel the energy rise up and my hands begin to shake and a smile emerge. I was in contact with a great life force and was having a spiritual experience right there in Denver, Colorado, in an empty gallery filled with HUGE paintings that were older than I was. 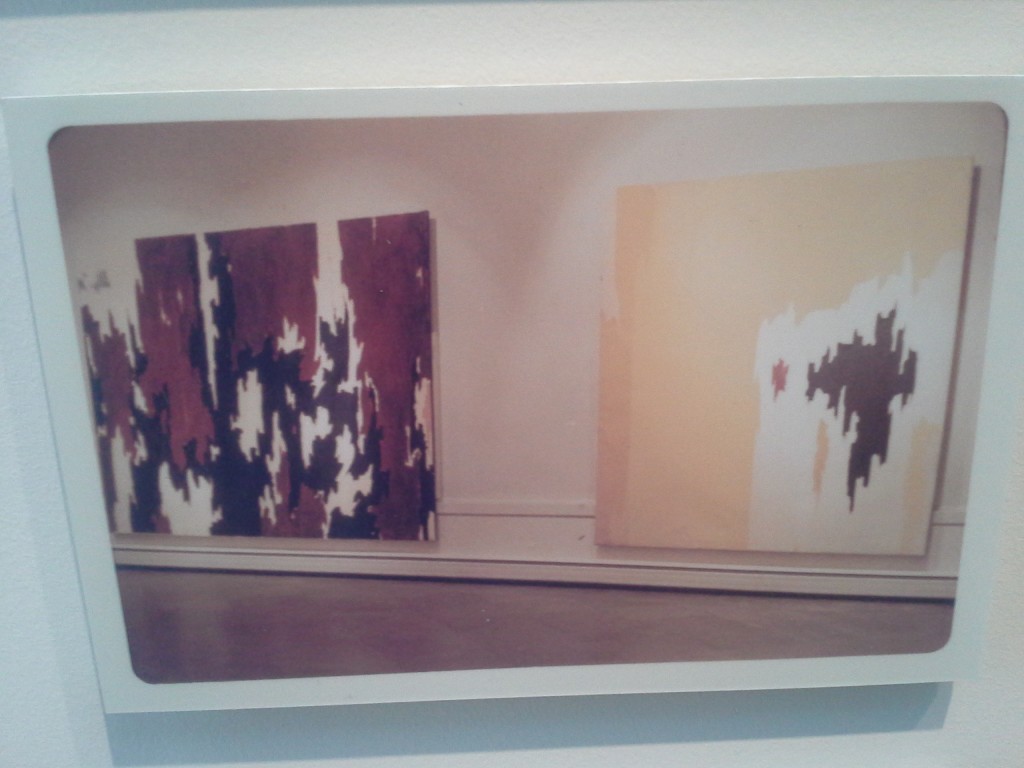 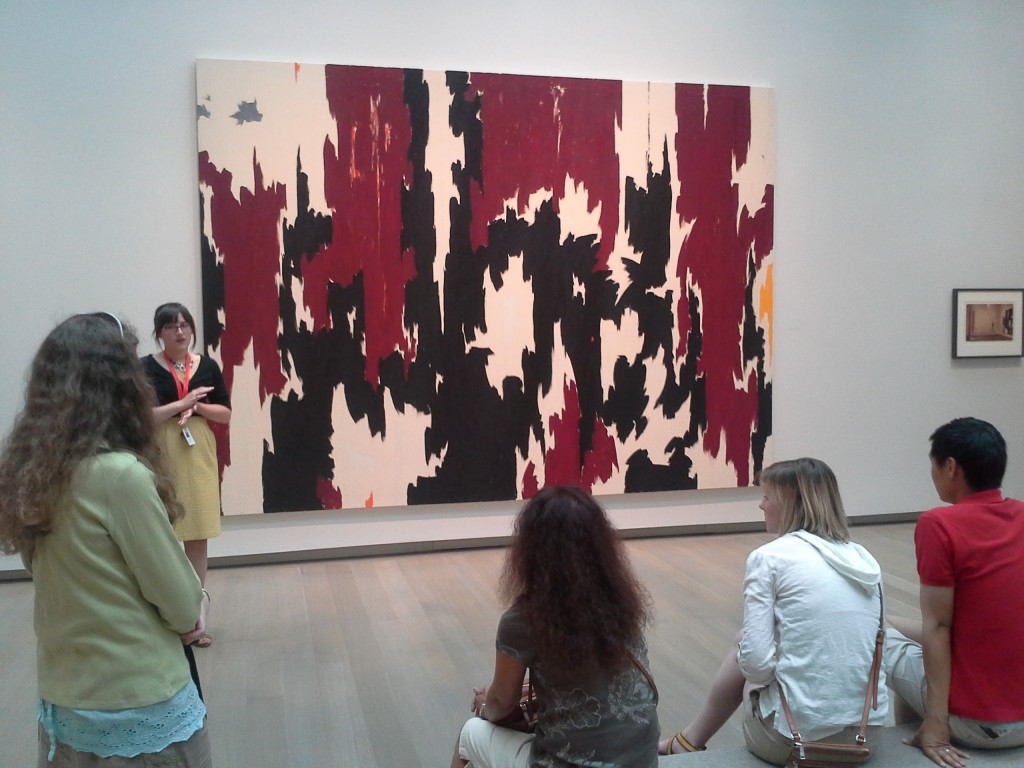 I followed a hunch that this museum something I needed to see and I was rewarded with more synchronicity regarding my cultural investigation of Cascadia. That Clyfford Still has strong ties to this bioregion was a great discovery for me and having done the residency at the Graves Foundation last year, I am beginning to get a sense of how the strong energies of this place have manifested in the bioregion’s most potent artistic gestures.

Obviously I recommend a visit to the Clyfford Still Museum in Denver. After emerging back into the late spring Rocky Mountain day, a hunk of the skyline in this cultural district and the blue sky above it looked like a great painting itself, but that is the kind of thing that happens when you contact those great forces within yourself. May it continue. 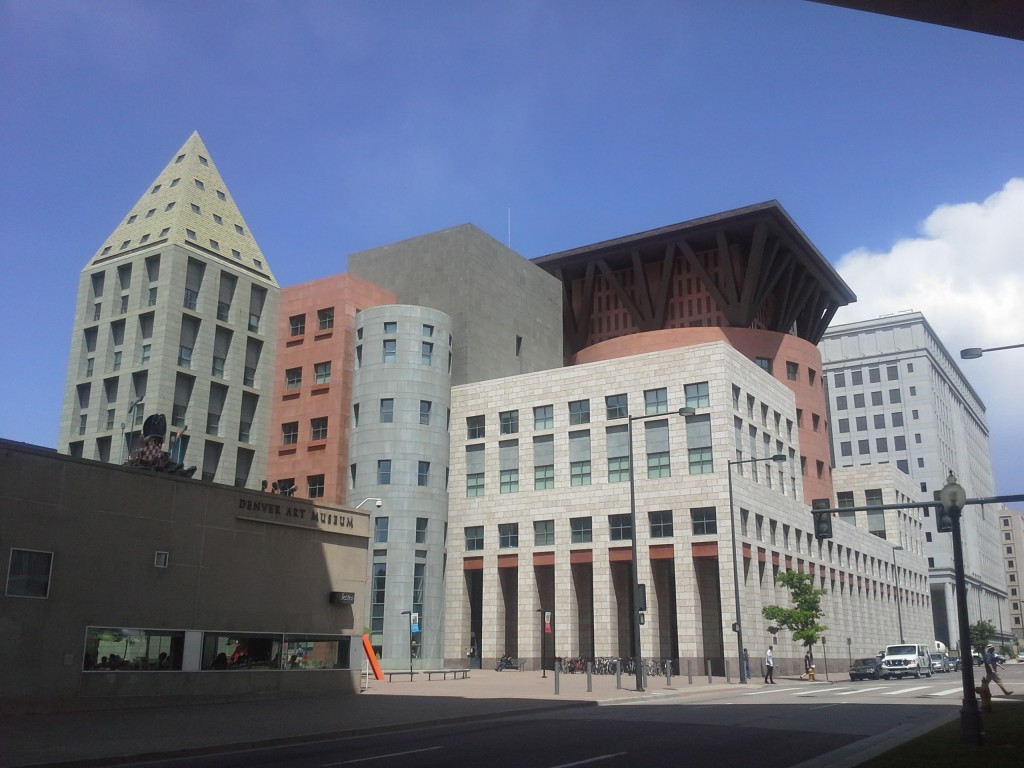