Community Acupuncture and the Collaborative Commons

I have been pretty inspired by a talk Jeremy Rifkin gave at Town Hall on April 7th, as it gives me hope that there is something more I can do to hasten the end of capitalism other than crawl into a bomb shelter and stay in the fetal position until it crashes. He was promoting his new book: The Zero Marginal Cost Society: The Internet of Things, the Collaborative Commons, and the Eclipse of Capitalism and I found much resonance with the notion that the sharing economy not only has promise, not only is much more ethical than capitalism, but is taking off. Rifkin touts crowdsourced funding, emerging entrepreneurs, and social capital as the way of the future and examples would include AirBnb, Uber X, Kickstarter and other very successful ventures. 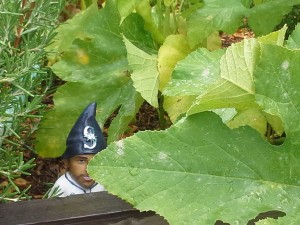 There are many other such ventures sprouting up, such as ÜbrLocal, a peer-to-peer surplus local food movement which helps gardeners provide extra produce to neighbors. There was a great Crosscut article about it last week. They call themselves: “A Social Marketplace for Everything Urban Food.” That this is part of the effort to “put a face on your food” the mantra of early CSA proponents. I think it is a wonderful idea and would work well with Seattle’s P-Patch, community garden program. Any effort to get that which nourishes us away from the transnational corporations dedicated to profit at any cost is a worthwhile one. And Steven Collis’s words at the last Cascadia Poetry Festival still sit with me: “Capitalism is a doomsday device.”

And as a person with no health insurance, I have to get clear of my fear and emotions when something goes wrong as did my right knee somehow last week. If you can see how I am skeptical of corporations when it comes to food, I am ten times more vigilant when it comes to my body. I am not a fan of the unofficial motto of allopathic medicine: “Find the bad part and kill it.” (Also US foreign policy.) So the knee acted up and I started to get in touch with those practitioners who have helped me in the past in a low cost, non-invasive, drug-free way. I got an appointment at 3rd Space Community Acupuncture clinic. For that day. Yesterday. A 15 minute walk when I am not hobbling, it was a three minute drive and I got parking out in front of the old house on Ferdinand in Columbia City where the clinic in located.

Antonio Palacios recently bought the clinic from very good people who also run a community acupuncture clinic in West Seattle. I had been an occasional patient at the old version of the clinic and was quickly made comfortable upon my arrival by Anthony, who had my chart and had me check in with the reasons for this visit. There was one other person interested in care when I arrived and one person in the community treatment room, on his stomach on a massage table, snoring. Anthony offered ear plugs, but I was good and would be out soon myself.

I have been an acupuncture patient for 25 years now, going to the community clinic in Kent, Washington back in the days I lived in South King County. I love the traditional Chinese medicine notion of certain organs being linked to certain emotions (anger – liver, heart/lungs – grief) and could get a sense of the issues I was facing in my life from a systems-oriented point of view by asking questions about those points that seemed to have more of a charge than others.

That Anthony was educated at Bastyr University was a really wonderful touch, as my long-time personal physician, Bill Mitchell, helped found the institution many years ago long before his untimely death and taught me a lot about how the body works and how we can give it what it needs to heal itself.

That the community acupuncture movement (sometimes called Working Class Acupuncture) has understood the notion of the shared economy for a long time gives you a sense of the kind of consciousness with which they operate. Yes, you are in a room with other people, potentially, when the needles go in, but the intake is private and then I usually nap through these sessions anyway. Maybe it’s the New Age music, or the complete relaxation of freeing qi up in the meridians where it has been blocked. Traditional Chinese Medicine posits that health is a flow of energy, not just the absence of symptoms. That the payment is a sliding scale of $20-$50 is perfect for my income and that I am not enriching some corporation while they do the bidding of larger corporations (corporate hospitals featuring the latest pharmaceuticals) is important, but that I can see the links between my thought patterns and the ailments they create in me is the most important, because I think Michael McClure’s notion expressed in his poem Rare Angel is true:

“We swirl out what we are and watch what returns.”

And for those who have never tried acupuncture, I leave you with this American Sentence from a few years ago: