Posted on July 4, 2014 by Splabman
It is almost August once again and this means POSTCARDS! 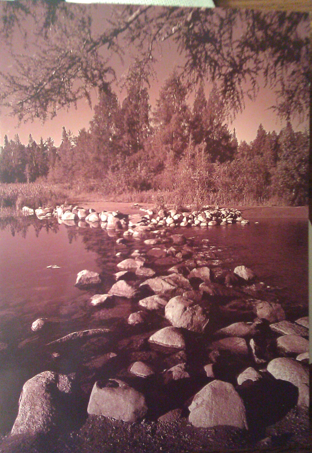 The August Poetry Postcard Project is an exercise in responding to other poets. You write a poem a day for the month of August, write it directly onto a postcard and send it to the next name on your list. When you receive a postcard poem from someone, the idea is that the next poem you send out will be a response to the poem you just received, even though it will be sent to a different person. Ideally you will write 31 new poems and receive 31 postcard poems from all over the place.

To participate, send your name, mailing address, and email to splabman@gmail.com. Use the word “postcard” in the subject line, like so:
Paul Nelson
1234 Main St.
Slaughter, WA 98002
USA
Splabman@gmail.com
Again, one long list will go out this year this year instead of individual lists of 32 names.
You can send postcard poems to the 31 names below your name, please do not use this list for advertising or for any other purpose than postcard poems. DO NOT SPAM THE LIST.
I will send out the list twice. Our international participants often require an earlier start due to longer delivery times, so I will send the incomplete list out on July 16th and the final version around July 26th. The 26th is the cut off date, I will not be adding any more names to the list after that, the list sent out on the 26th will be the final list for this year. Really. I’ll be out of the U.S. myself. Please be sure to send in your information before that. I will email the list to the participants in a google document as well as in the body of the email.

If you know anyone who would like to participate, feel free to forward them this message! Hope you enjoy the Poetry Postcard Fest!

Directions:
On or about Sunday, July 27th, look at the list to see the three people listed below your name. Write them each an original poem on a postcard, put their address on the card and affix the necessary postage. $1.15 for international cards leaving the U.S. Consider scanning your cards or photographing them to document each poem/card before you send them out. Do not recycle old poems for this. Do not compose a long poem in advance and cut it up into hunks for this. It is an experiment in composing in the moment and your poem has an audience of one. This is designed in part as a conversation.
(If you are near the bottom of the list, send a card to anyone below you then start again at the top.) Ideally, you would write 3 different short poems — remember they are being composed on a postcard and please keep your handwriting clear. If your handwriting is lousy, typing the poems is ok. If you have folks outside your own country on your list, you can start sending poems early…) After the first 3, you only have 28 more to go. Some write more, but please do commit to 31 total IDEALLY sending them by August 31.

Write about something that relates to your sense of “place” however you interpret that, something about how you relate to the postcard image, what you see out the window, what you’re reading, a dream you had that morning, or an image from it, etc. Like “real” postcards, get to something of the “here and now” when you write. Present tense is preferred… Do write original poems for the project. Taking old poems and using them is not what we have in mind. You may want to use epigraphs. One participant last year used his daily I Ching divination to inform his poems.

As you begin getting poems on August 1 (ideally) incorporate a tone, an image, some content or ignore them if uninspired and start writing a poem a day to at least 28 more people. Write at least 31 poems and send at least 31 cards. (These would be the 4th through 31st people below you on the list you’ll get soon.) Hopefully you’ll get something that inspires. If not, you’re on your own. Some people get few cards for all they send out. Some people send out more than 31. If you are not getting cards, or are traveling, you can still participate. Don’t worry.

This is also an experiment in community consciousness. Try to respond to cards that you get with subject, image or any kind of link if possible. Often newsworthy events happen in August. How would our community respond? Letting a card that you receive linger for a while before you respond to the next person on your list is the preferred method. When you go to your mail box each day, put the bills aside, read the poems you get and think about them as you compose to the next person on your list.

The blog for the fest is here: https://poetrypostcards.blogspot.com/