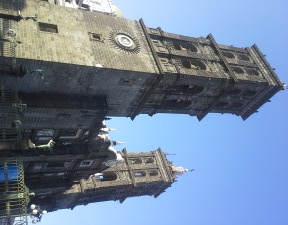 I’ve always known the quote as: “Travel is the worst enemy of ignorance” but in researching Mark Twain it appears to be: “Travel is fatal to prejudice, bigotry, and narrow-mindedness.” Well, you get the idea. Well over a week in Puebla, Mexico, for the 14th Subud World Congress, and the lessons – the mythic dimensions – are rich and seemingly infinite.

And so no surprise much of the material finding its way into my hands, or BACK into my hands, is significant or seems that way from this perspective. After all, the intention of the Subud World Congress, after the organizational business is conducted, is to allow members to release anything not serving their efforts to be as nobly human as possible.

That I would find myself reading a book about the obscure, yet influential Jazz pianist Lennie Tristano may say more about my own personal mythology than I’d care to admit, given that awareness of his oeuvre is much less than contemporaries Charlie Parker, Dizzy Gillespie and Thelonious Monk. Yet he was said to have been playing “Free Jazz” ten years before Ornette Coleman. The book is Jazz Visions: Lennie Tristano And His Legacy, written by bassist Peter Ind, who studied with Tristano and played with him and other Jazz legends including Charlie Parker and Billie Holiday.

Peter Ind is a bassist, former Jazz club owner and record producer and British by birth, so he’s a rare breed of European who got Bebop when it was in its infancy and made his mark. I am enjoying his story, learning more about Tristano and savoring and noting the astute recognitions of Ind’s as I read the book. The first of which is that he recognized early that those bassists he admired, wanted to emulate and whom he felt were original, such as Oscar Pettiford and Ray Brown, were “expressing their inner self.” The improvisational nature of Jazz makes this rather transparent for those with even cursory levels of familiarity with the music.

Despite the legends of drug use in the Jazz community of the 1950s in New York which have achieved mythic proportions, he was part of a community that understood that inhibitions and neurosis did limit the depth of gesture of which one was capable. Ind: “There was a tacit view that becoming freer or less repressed would be an aid to letting go and improvising jazz.” And a half century after being part of such a legendary period in USAmerican culture, he would state perceptively that: “There was no hint at that time of the “political correctness” that replaced this genuine and mutual respect” that informed the New York Jazz scene of the 50s and early 60s.

And while I’ve been here, learning more about the efforts of SICA, the Subud International Cultural Organization and its efforts to help members and others experience “the intersection of creativity and spirituality” I have not been afraid to whip out those quotes and phrases I’ve used may times in the past and have guided my own investigation of poetics. Michael McClure’s “hunger for liberation”, Robin Blaser’s interest in work that has a “spiritual chase” and Sunn Shelley Wong who said: “At every moment in a life or in a poem, the formal choice is between answering to that which is alive, or attempting to enslave it.”

So it is with this stance I go into one of my final tasks at this 14th World Congress, and that is facilitating a panel on the Future of Storytelling. It is part of the Conversation Cafe series that has been happening here and is set for Wednesday, August 13th, at 2PM. Here is a bit more information on the panel:

“In an age of unprecedented instability, with the climate system and capitalism showing signs of breakdown, how do we navigate the challenges inherent in life today? What is the story of our age? The poet/prophet William Blake knew that luminous details are at the core of all true storytelling and the internet and its capacity for spreading the news virally around the planet make our time potent for narratives that ring true with our massive economic disparity, issues of violence, race, gender and orientation and ecological uncertainty.

A panel of five artists who all approach narrative from widely different perspectives will give a short talk and discuss how they see the ancient art of storytelling evolving to communicate something deeper than the industry-generated culture to meet the deep needs of 21st century dwellers.” – Paul Nelson

This series is the brainchild of Susannah Rosenthal and there are other such panels happening at the link above. If you can’t be in Puebla Wednesday, it is my understanding that panels are to be filmed, webcast and archived. 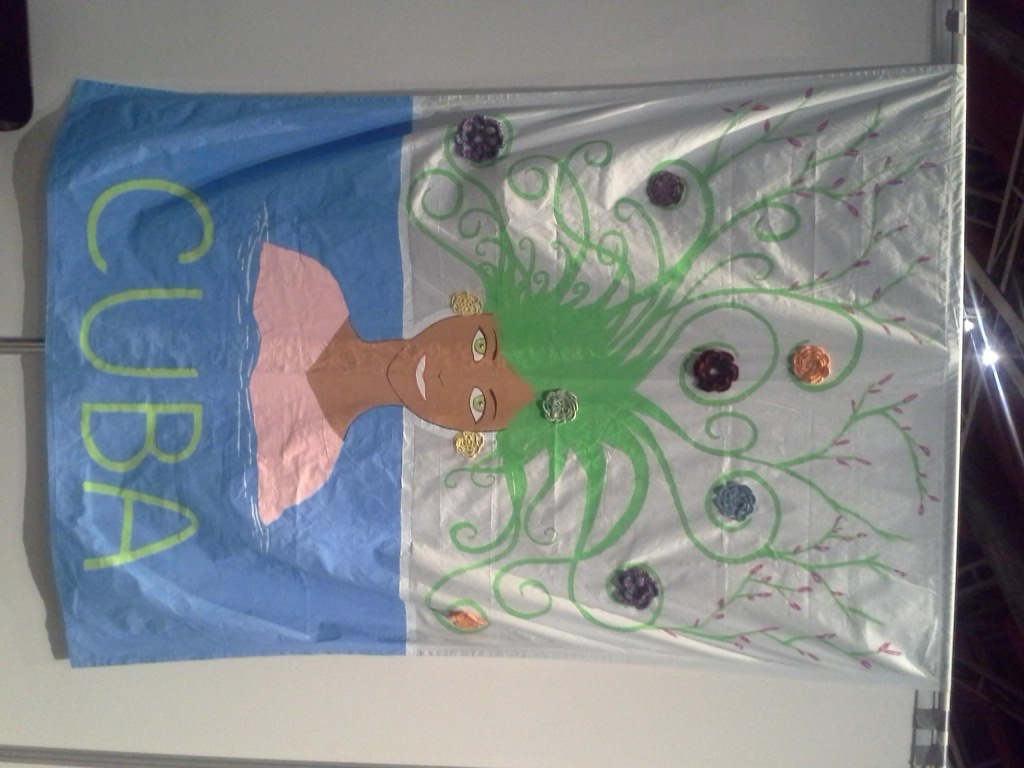 And if you’ve read this far and are attending the Congress and want to gather for a small and intimate poetry reading, please stop me and let me know. I am trying to organize one at the SICA Gallery near the Teatro for next week.