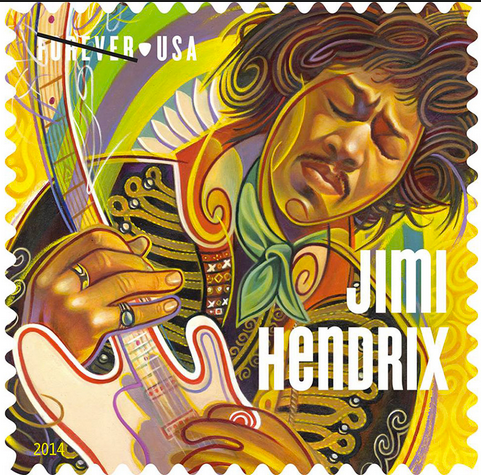 WooHoo! The last 2014 August Poetry Postcard! (See all here.) And with only 221 days until the next call goes out. Hawthorn Presence uses an image I took on my cellphone of the house Denise Levertov lived in, images of my visit with Charles Potts in Walla Walla and one smudge from a Hawthorn berry I put in my pocket while Charles took Mer, Ella and I up to a ridge on the back 750 to see his horses and a 360 view that included Black Snake Ridge.

Thanks for suffering through all these poems. I hope you’ll consider participating in the 9th year of the postcard fest in Summer 2015. I’d love to publish a book with some of the best of these poems with poets from all over the world who’ve participated in one of these fests. Maybe in time for year ten in 2016? 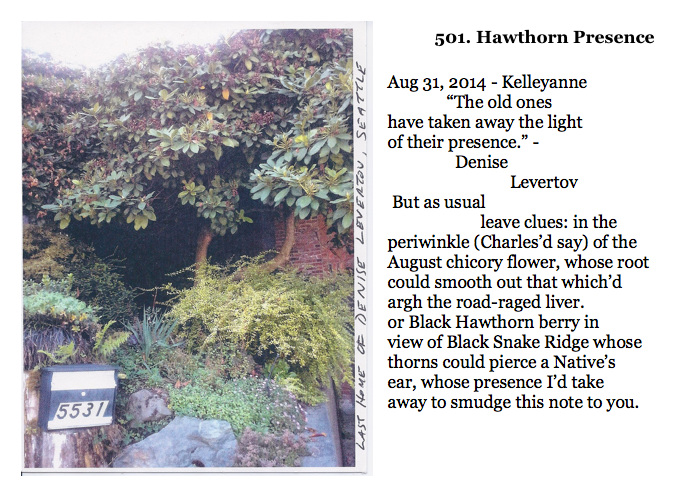