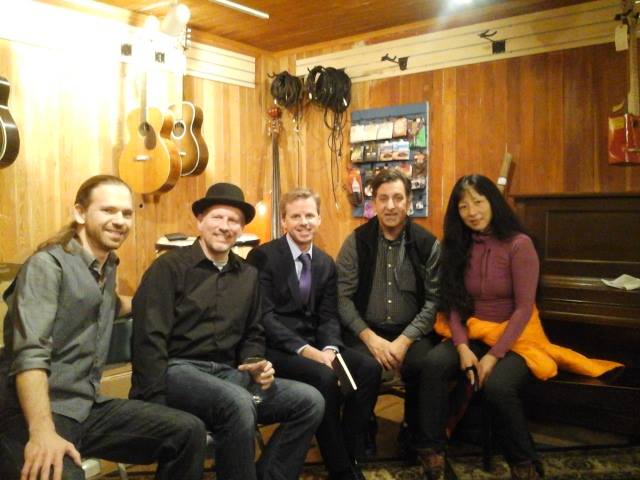 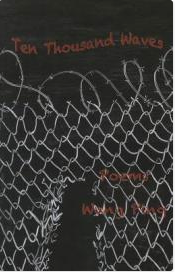 It is a testament to the good of social media that an event like Seattle/St. Paul, which happened last night in St. Paul, Minnesota, with a poet I’d never met before, Mark Fleury, could happen. My policy on Facebook is to agree to a friend request if the person is a poet, or reach out to other poets whose comments I come across in my endless viewing. It may have been the sense that he was a seeker, or might have been that he considered Projective Verse an influence, but after becoming friends with St. Paul poet Mark Fleury, I offered to get together while I was visiting the In-Laws for Thanksgiving not just for coffee, but to do a reading. He was up for it, had a venue (the Underground Music Café) and I suggested two other writers. One was Wang Ping, the fearless, former Ginsberg translator and poet with a brand new book, Ten Thousand Waves, and the other an old Red Sky chum and maker of odd fables which often make an audience wonder if they should applaud or call 911. (& I love a venue that can have 4 writers like us on Sunday and a Tuesday morning event called Lutherans and Lattés.)

And so with fearless emcee JonnyFive Eljae running the show, we were off. But not after Ping suggested we read round-robin style. We’d all sit on the stage and read for 3-5 minutes and then make room for the next writer. This after I’d spent so much time figuring out my set!?! Well, ok. I went along and it was a damn good thing I did because 90 minutes went by in a flash. Ping was first in the rotation and likened us to the Gang of Four, (no, not the punk band) those four members of China’s Communist Party during the Cultural Revolution responsible for the persecution of hundreds of thousands of innocent people and the deaths of at least 35,000. Ping’s work displays her unique stance as someone who can both criticize the reprehensible working conditions in China while also chastising U.S. consumers for creating markets for the junk. 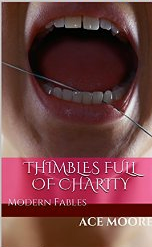 Mark Fleury read from The Precious Surreal Door Opened and Ace from is fables, including ones from Thimbles Full of Charity.

I have added the audio, with almost no editing, for your perusal in the order it happened, in large bite-sized segments. What a treat it was to read in St. Paul, get a respite from the single-digit temperatures, make new poet friends and get a deep look into the process of four fine writers. 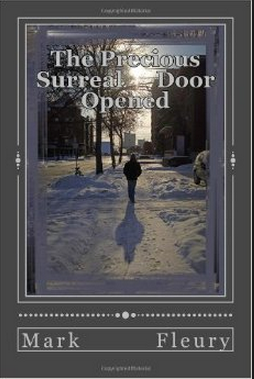 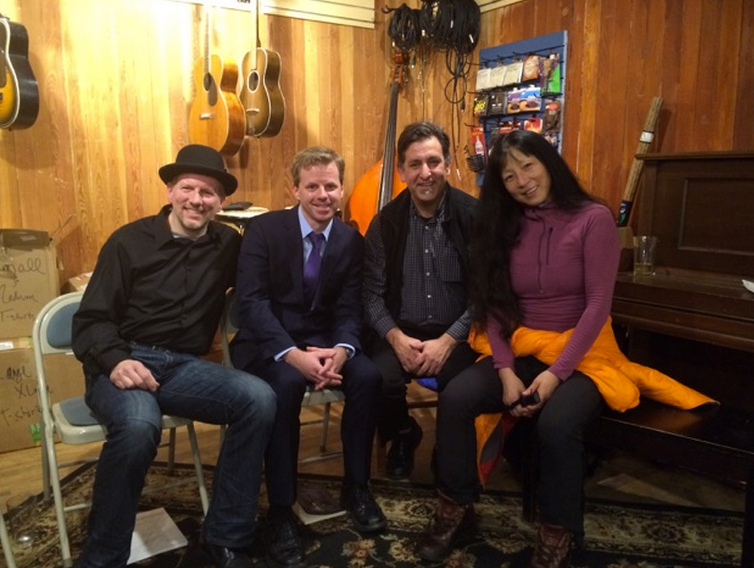