The Biosphere & the Bioregion 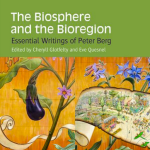 Peter Berg The Biosphere and the Bioregion

I’ve just finished the new book on the Essential Writings of Peter Berg. The Biosphere and the Bioregion is the title and it is so prophetic and visionary, I am compelled to cull through all my marginalia to have a record of what’s going through my mind at this time in response to Berg’s vision, point by point if necessary.

And as I write the debate over Michael Brown’s murder in Ferguson, Missouri, continues. Today in the news (& in social media) there are stories about players from the St. Louis Rams football team who came onto the field for yesterday’s game with arms up in a gesture of protest against the ongoing murder of unarmed black men in the U.S. and the sham Grand Jury which exonerated Michael Brown’s murderer. (Applauded by a 1968 Olympian with a similar message.) 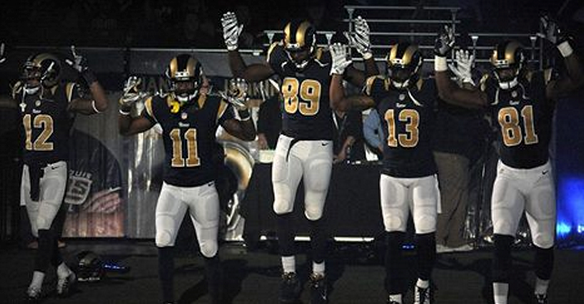 I’m asked often about my commitment to bioregionalism and I hope I can, though today’s post and future missives, outline that in a clear way. I see bioregionalism (& my activities associated with this stance) as perhaps the most powerful political gestures one can make. When we look at the impulse toward racism, domination, human rights abuses and any number of real issues impacting our world right now, typified recently by the Ferguson fiasco, the main impulse behind this injustice is the same one that seeks profit over any other value, human or otherwise. It’s the same way capitalism works. To move toward reinhabitation, which was Peter Berg’s lifelong pursuit and cause, makes the world a better place for all humans, all living things and we’re called to do this with not much time left given the intensity of weather and the ongoing evidence that human-caused climate change is affecting the planetary biosphere. So for me, bioregionalism changes the entire perspective, and my cultural investigation of Cascadia is part of my contribution. That I have seen the effects of racism because of my own Cuban-American heritage is also part of what drives me, but I sense working with reinhabitation is as deep a course of action I can take.

The Biosphere and the Bioregion: Essential Writings of Peter Berg begins with a definition of bioregionalism. This stance “asks us to reimagine ourselves and the places where we live in ecological terms and to harmonize human activities with the natural systems that sustain life.” Peter Berg is portrayed as one of the originators of the concept and the book goes into how his stance evolved after attending the U.N.’s 1972 Stockholm Conference on the Human Environment. A publisher’s note also suggests that many of the world’s challenges are, their italics crises of culture.

The first step into an awareness of how one can reconsider the place in which they live is to figure out where you REALLY are. We’re taught that, for example, Peter Berg lived in San Francisco, California, U.S.A. What HE would say, however, is that he lived at “the confluence of the Sacramento and San Joaquin Rivers and San Francisco Bay, of the Shasta Bioregion, of the North Pacific Rim of the Pacific Basin of the Planet Earth.” Already the notion here is to point the focus away from Europe, which he believes is at the root of the problem because of the exploitative approach taken by the Spanish occupiers of Northern California, in his bioregion, and by others of European birth and ancestry in other bioregions.

Another one of Berg’s main themes is that he felt bioregionalism is “postenvironmental.” The EPA was created in 1969, the Clean Air Act – 1970, Clean Water Act in 1972 and the Endangered Species Act in 1973. Frank Zappa a few years later would say: “Environmental laws were not passed to protect our air and water… they were passed to get votes.” Berg came to a similar conclusion and likened environmentalism to “a hospital that only has an emergency room.” Doug Rushkoff would say on my interview program that environmentalists were about saving the planet so they could consume it! The notion here is that what we have as 1st world environmentalism was another facet of the industrial model of thinking and that needed to be replaced by a movement to harmonize human activities with natural systems. Anything less was business as usual and the stakes include the planetary system that supports life.

Berg was ahead of his time in many ways and one of them was in understanding that globalization and localization are occurring simultaneously. He foresaw and encouraged “emergent new localisms” which we see in the local food and craft beer movements in groups such as the Business Alliance for Local Living Economies and LPFM radio.

As in all things not in the interest of corporate media, these movements are vibrant, gaining traction and will get a lot more attention as unsustainable systems crash. Berg was there before most of us. Unfortunately, he still is.

You use the word thug ‘cuz
too obvious to say what
John Lennon said
about women. Imagine.

by an outfit still clings
to the word “news” see
nothing gets too close
to your suburb, but handicap

explains more than your
golf game. This the guts of
the current situation. We all
live under the falling sky.