There needs to be a new idea or a more fleshed out idea of what a human being is in reference to sharing the biosphere with other life.

This is part of what essentially is Peter Berg’s parting message. It was given two months before his death and is part of a large paragraph near the beginning of the book The Biosphere and the Bioregion: Essential Writings of Peter Berg. In his view the kind of life from which we are suffering is what I’ve called the industry-generated culture and what Berg referred to as early as 2001 as Post-Industrial Society or Post-Environmentalism. In this book he is quoted on a couple of occasions as saying most people are unaware of the depth of the crisis, to change the identity of who people are is a gargantuan task and that the ultimate result of the industry-generated culture is garbage. Literally. Another block quote which suggests our current stance goes back to construction of the first iron bridge in England says:

Since that time, Western consciousness has been dominated by the idea of taking natural systems apart for their ingredients and then reassembling  the ingredients to make other things. This is a chemical trick that has been enormously powerful – I’m not going to say “successful” because the end product is garbage. The end product of the cars and refrigerators… is a landfill or a dump.

In other words, it’s all disposable. But people in this system are disposable too. See Ferguson, or Eric Garner. You can see why someone like me would see the wisdom in what Berg was after and see it as having ramifications that affect race, class, income inequality and a host of other issues, but from a point-of-view that was more radical, meaning attempting to affect the root cause. So the switch he saw necessary was getting people to be reinhabitants, and awakened from their “disinhabitory coma.”

The opposite of this stance, this disinhabitory coma, is an understanding of the inherent interconnection of all things, as 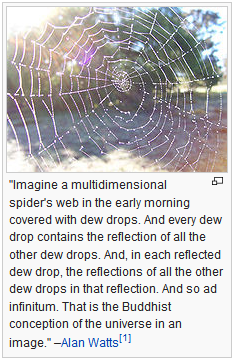 indigenous people understand and people from ancient wisdom traditions. I have been drawn to Hua-yen imagery because of the beauty of metaphors like The Jewel Net of Indra, for example. In that long quote Berg goes on to say that:

“Once this industrial age consciousness became the main consciousness, inhabitation was no longer thoughts to be necessary or useful or practical. It became limited to the people with ‘insufficient intelligence’ to be able to participate in the industrial trickery, the transformation of nature’s ingredients into products. Consumer identity came from this.”

Berg characterized this stance as “soft shoe planet murder” and in a tribute to Berg near the end of the book, David Simpson said his critique of American materialism and the tedium and drabness of bourgeois life required conformity and “mute acceptance of seemingly endless, brutal warfare” and that USAmerica’s was “literally a culture of war.” 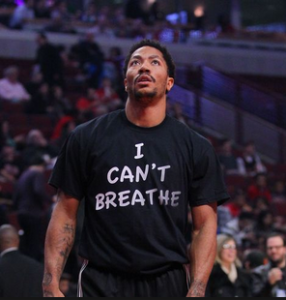 When we see pro basketball players wearing t-shits that say: “I can’t breathe” (the mantra of Eric Garner as he was being executed by police on Staten Island for the crime of illegal tobacco sales) or other political gestures sympathetic to those protesting the ongoing police brutality of (mostly) Black people and other people of color, we sense a tide is about to turn.

The change in consciousness that Peter Berg called for understands that Black people are not disposable, as they appear to be to police officers who would gun them down for apparently any reason. He saw reinhabitation and bioregionalism as necessary to the future of the biosphere. In systems like Traditional Chinese Medicine, there is no separation of mind and body and any signs that a patient believed he or she was NOT connected to the source of all life were signs of illness. See what happens to people who espouse such beliefs. They get sick. Of course eventually we all do, but the belief one is separate is toxic and the more we can live lives of meaning, can add something of use to ease the burden of suffering, something beyond garbage, the healthier we’ll be. 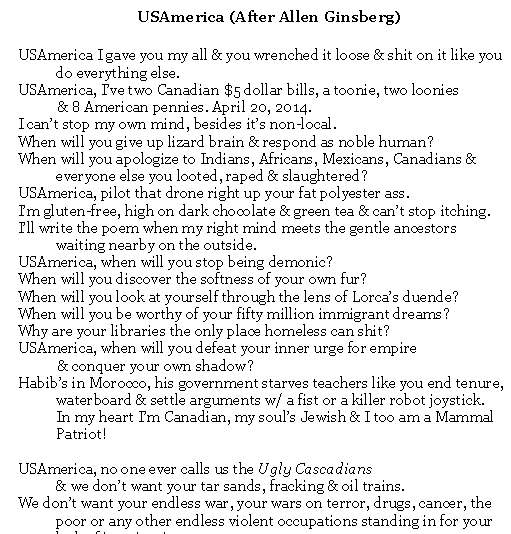