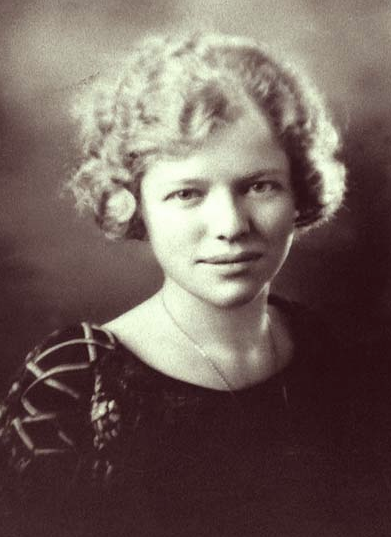 The latest in this series of poems written in 2014 and archived here cover ground from Lorine Niedecker, to Michael McClure, to Amalio Madueño (Garcia), to Vincent Van Gogh and were also written in Marblemount, WA, near the entrance to North Cascades National Park. I’d written about Niedecker before, after having visited her tiny cabin on Blackhawk Island, Wisconsin, and continue to be astounded at the depth of her connection to place despite all the obstacles thrown in her path.

The snow from last year feels so far away after the 2014/2015 winter-of-no-winter around here. So, with these poems we near the halfway point in the series. The are some nice twists in these poems and more in poems to come. 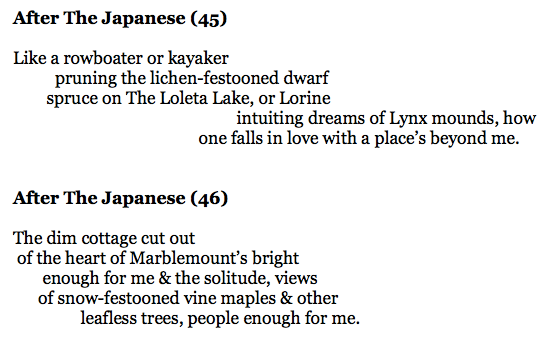 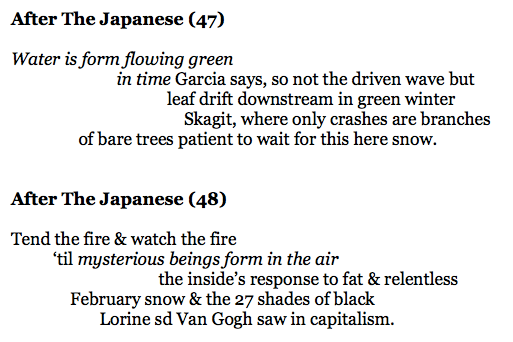