The last three of the poems in this series written in Marblemount, WA, seem so distant given the contrast between last year’s winter snow and this year’s winter-of-no-winter. Also a year ago the AWP conference was held in Seattle. The feeling there was the writing community at its ugliest. Despite a tribute to Sam Hamill, which was a nice touch, the feeling of seeing someone looking at your name badge and in an instant deciding if you were someone who could advance their career, or “a nobody.” Stunning, the stench of ego on display.

The “suicide house” in the first of these poems is the house on Lake Washington Blvd.in Seattle where Kurt Cobain is said to have ended his life. 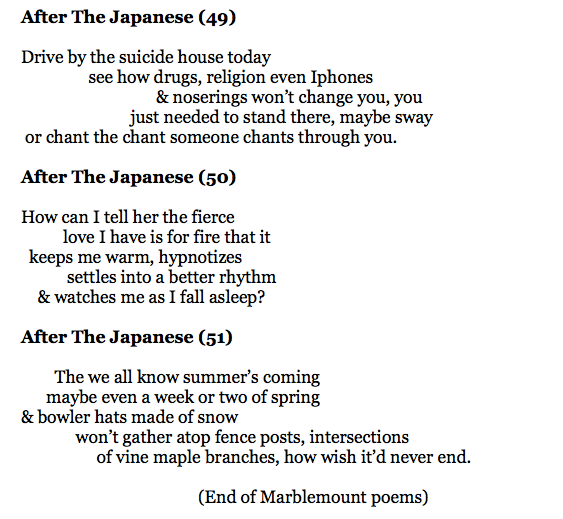