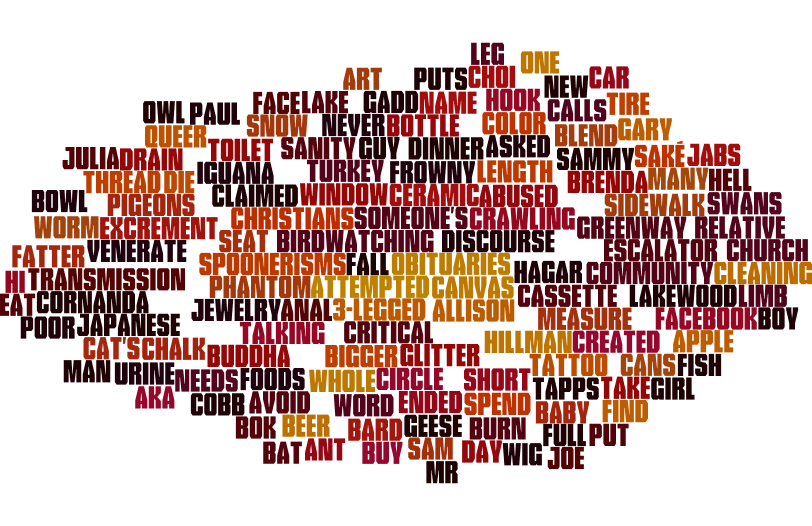 I started to harvest my American Sentences after filling up my latest pocket journal and by the time I finished that harvest, I was halfway done with another pocket journal. So goes the writing time these days, but I DID finish and give you a sample of these seventeen syllable poems and one bit of news: A book of these poems is to be published this summer by Apprentice House, which published my first poetry book A Time Before Slaughter. I’ll let you know the release date as soon as I find out.

2.5.15 – He claimed he could not have abused them because he’d been cleaning his wig. (Paul Gadd, aka: Gary Glitter)

2.6.15 – How many worm obituaries have ended with the word “sidewalk.”

3.23.15 – On Facebook thread about critical discourse he puts a frowny face.

3.29.15 – Why bat excrement as measure of someone’s relative sanity.