Although the gathered group was small, they were feisty enough to take on the fierce winds that greeted our Guided Poetry Walk at the American Camp on San Juan Island last Saturday (Apr 11, 2015). Mike Vouri, the expert on all things Pig War and longtime Park Service Ranger at the Camp invited me to come down and lead one of the walks given my seven year project has been completed and ready to share, if not yet published.

He introduced me at the trailhead and I started with a statement of my gratitude for being able to lead the walk, discussed the project I’d worked on and read the poem that opens the Pig War & Other Songs of Cascadia manuscript, an homage to the first people of this area. The poem is also a nod to my last book A Time Before Slaughter and is called Before Pigs. 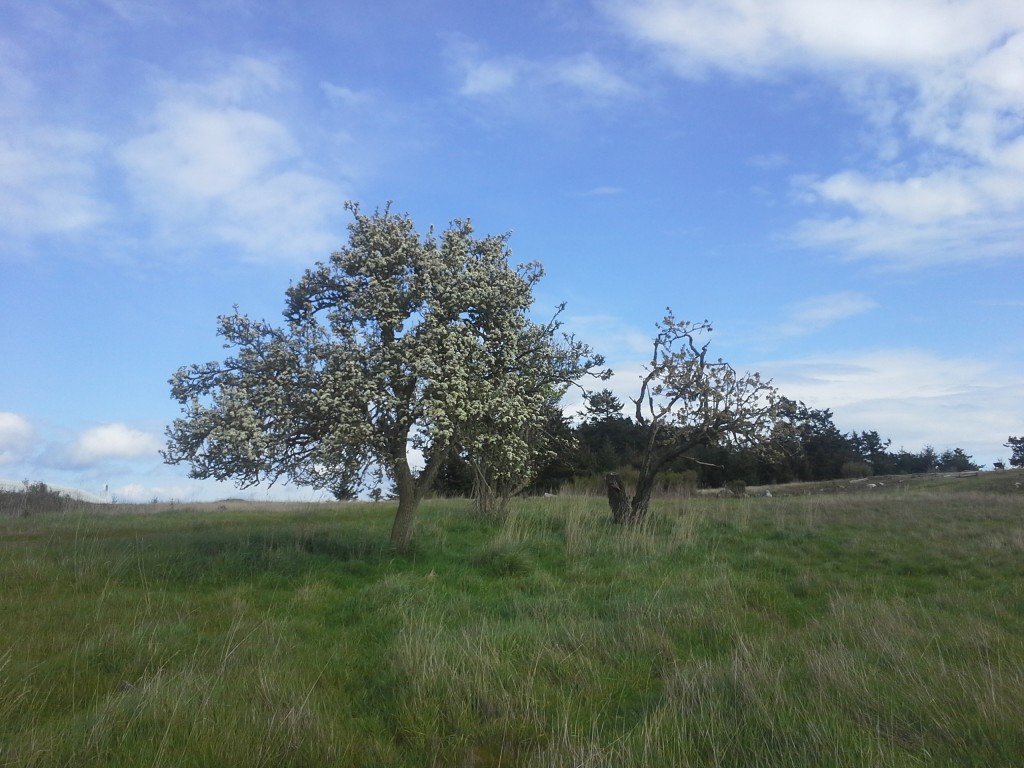 We started the walk and I had taken some photos when looking the route over before the reading and got a few during. When the winds got very fierce, we went behind Glacial Erratics, giant boulders left by the movement of glaciers. Once we went into a ditch that had been dug to repel the feared invasions of British soldiers that never came. One poem I read was an homage to energetic medicine (Alaskan flower essences) and local flowers, Shooting Star, Death Camas, Chocolate Lily among them, some of which we saw on the walk. It was that poem that was excerpted by the San Juan County Land Bank, co-sponsors of the series. 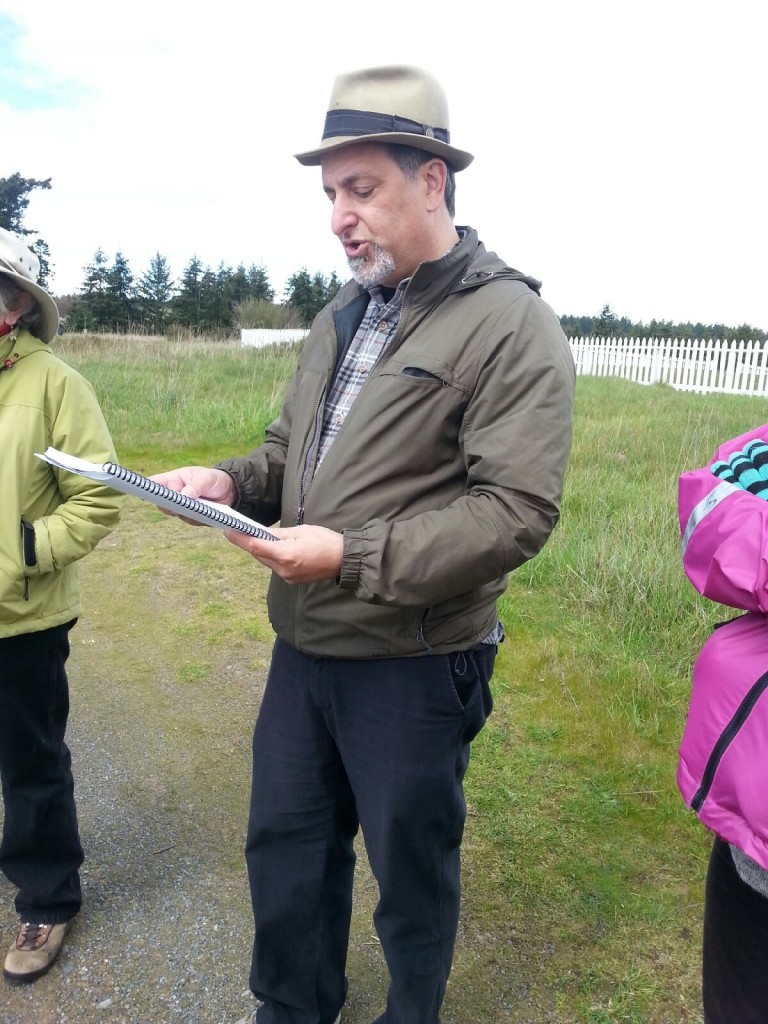 Between stops for poems, I engaged with different folks who’d come for the walk and the poems. The whole project came across to me as one steeped in a very rich sense of community and maybe that’s a benefit of living on an island. Regardless, it was great to read these poems inspired by an event that happened on the very spot we were gathered. The Pig War is part of the rich (and recent) history of Cascadia and that the only casualty was a pig says a lot about our part of the world. 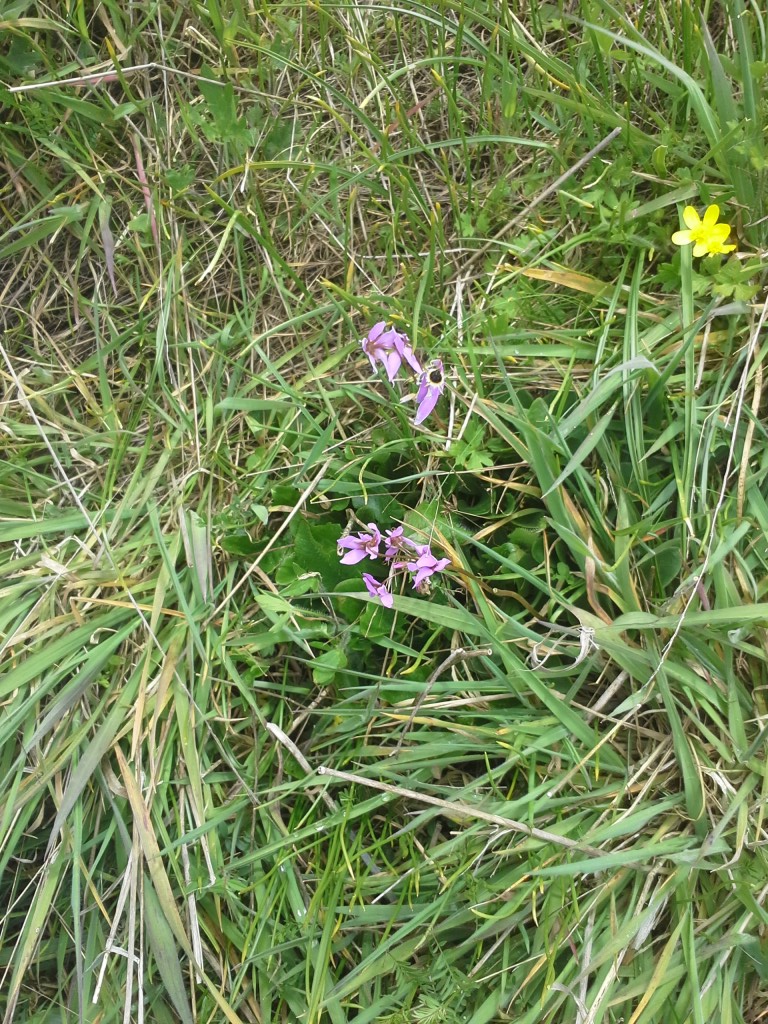 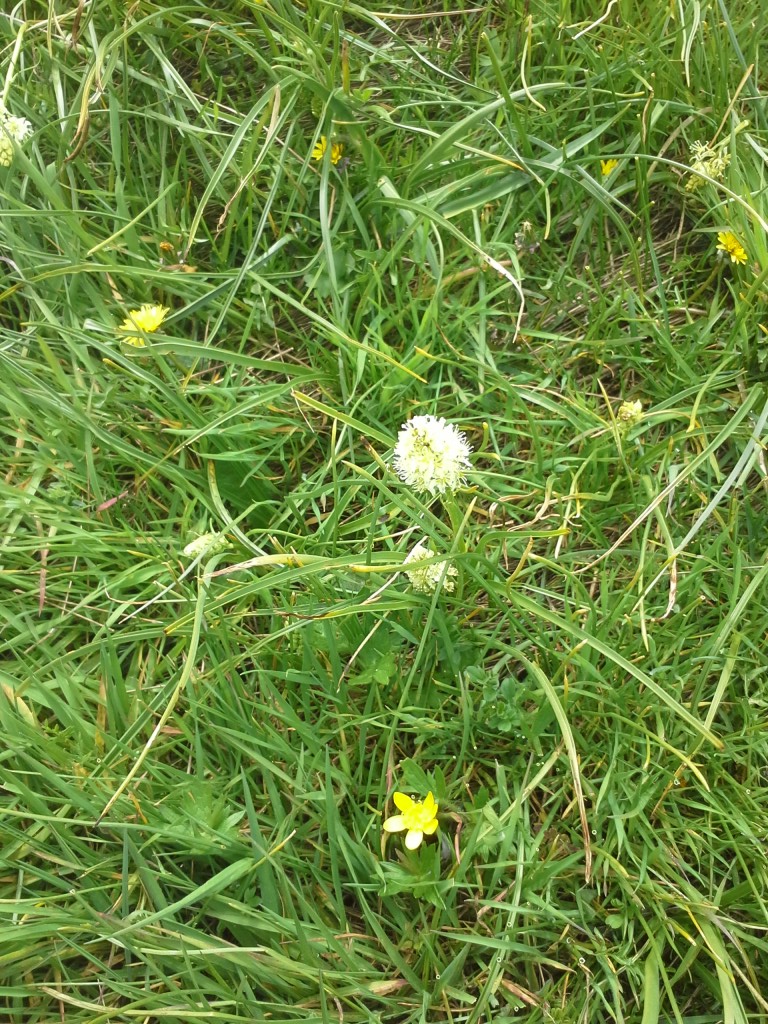 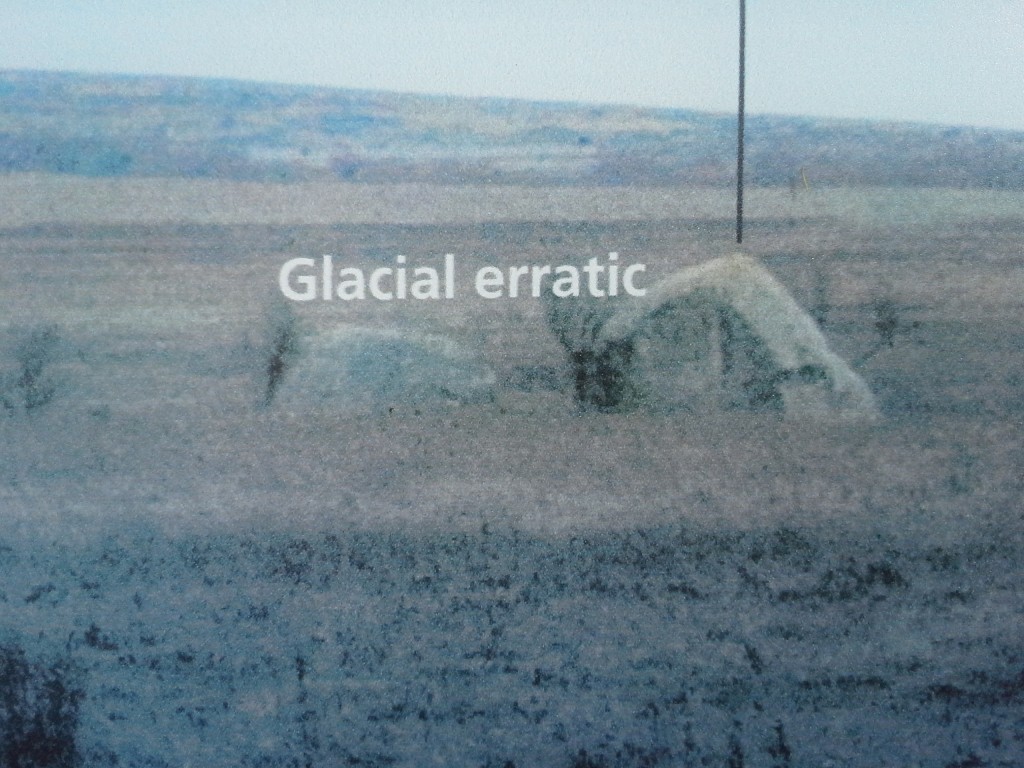 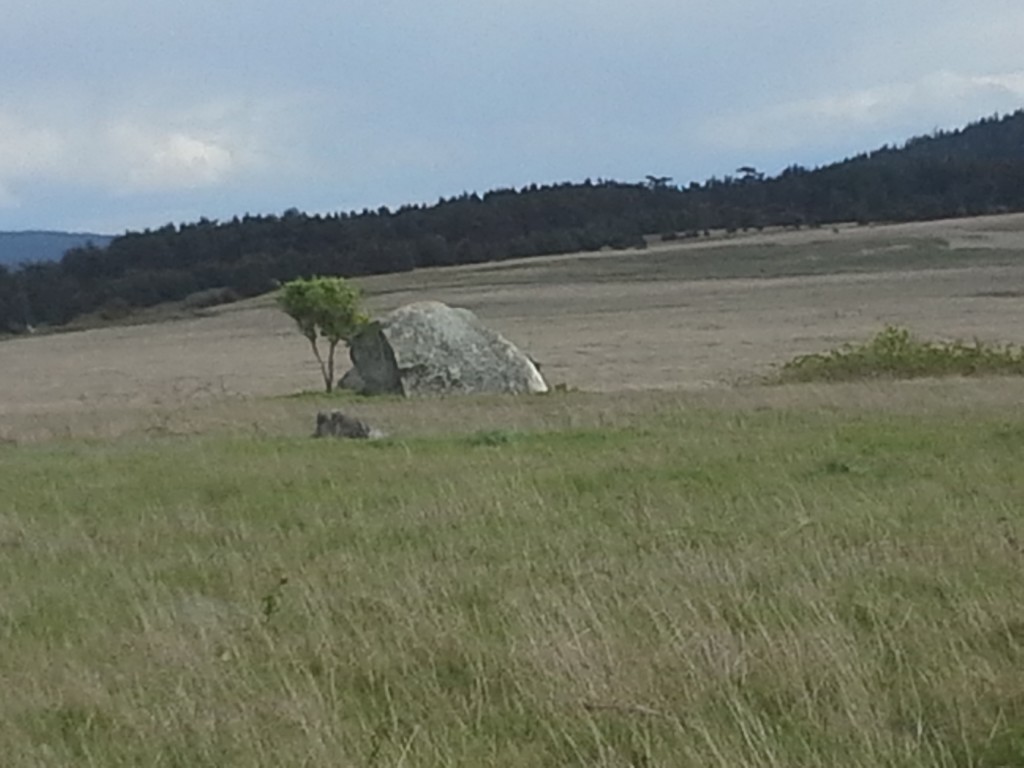 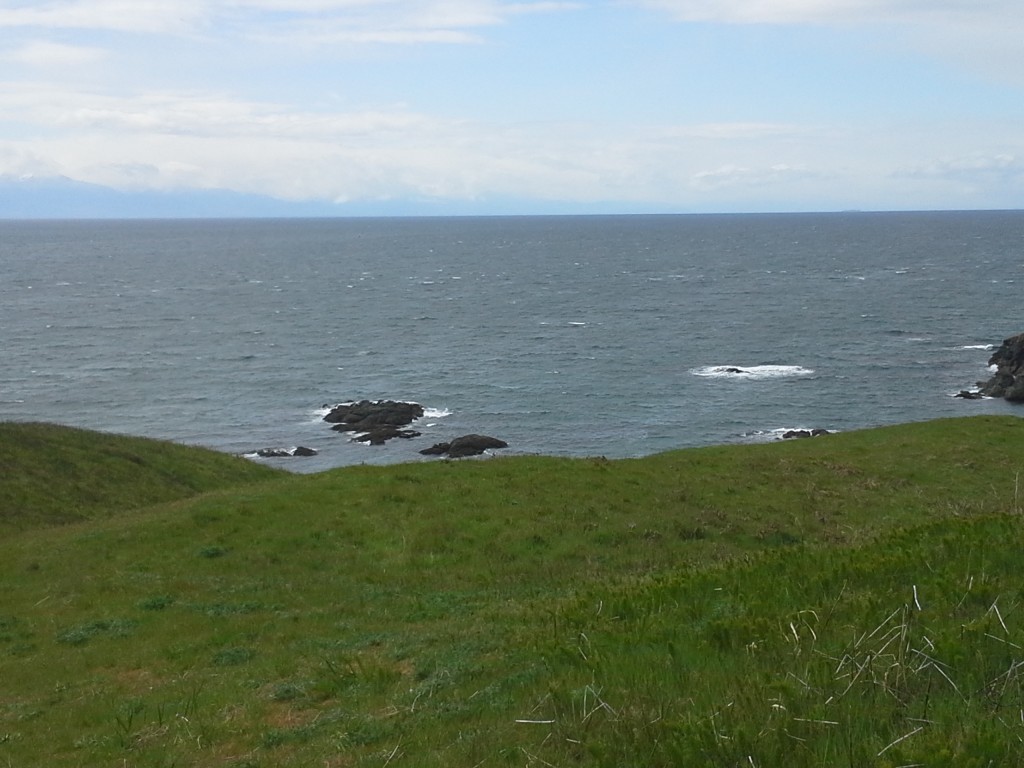 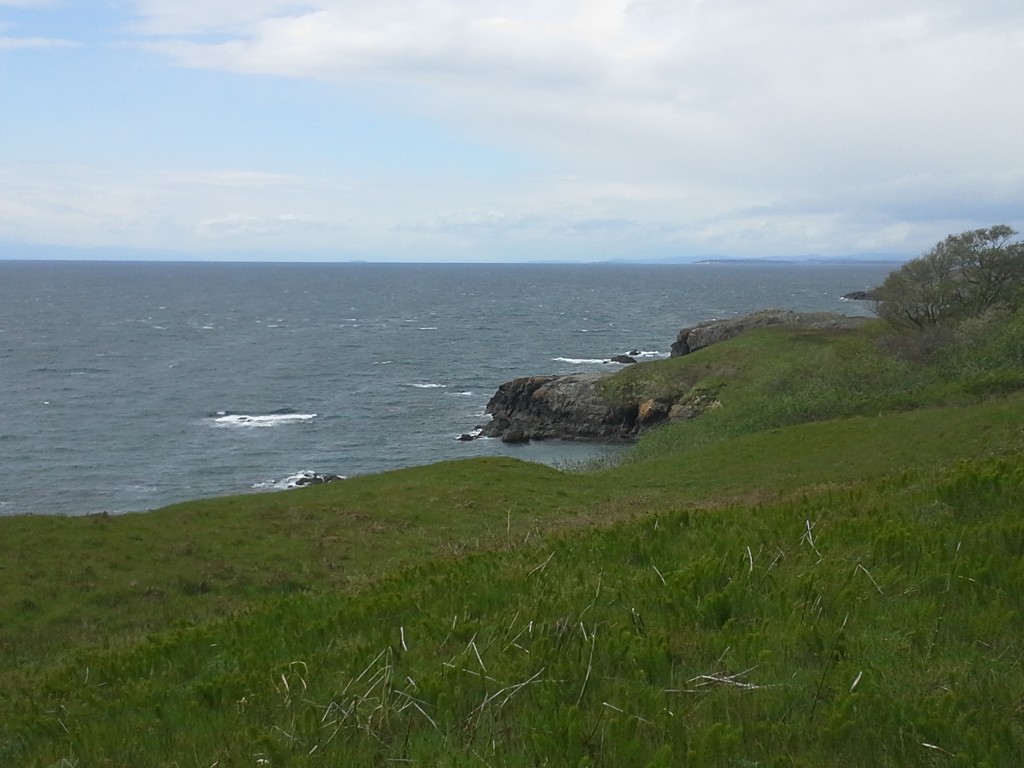 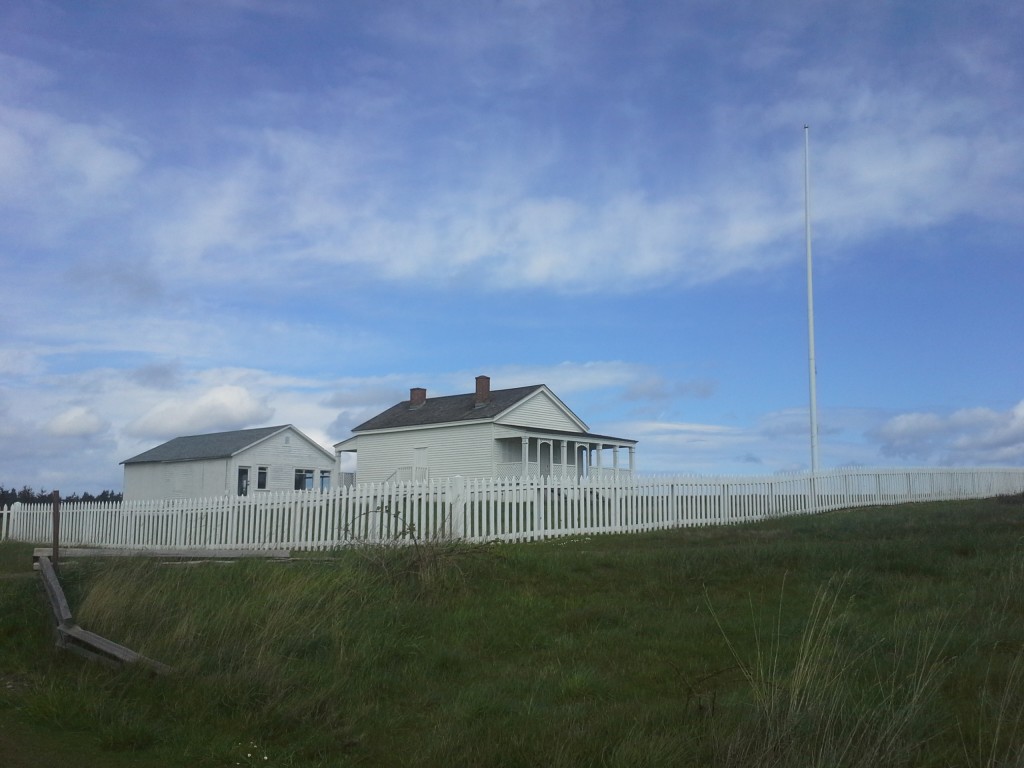 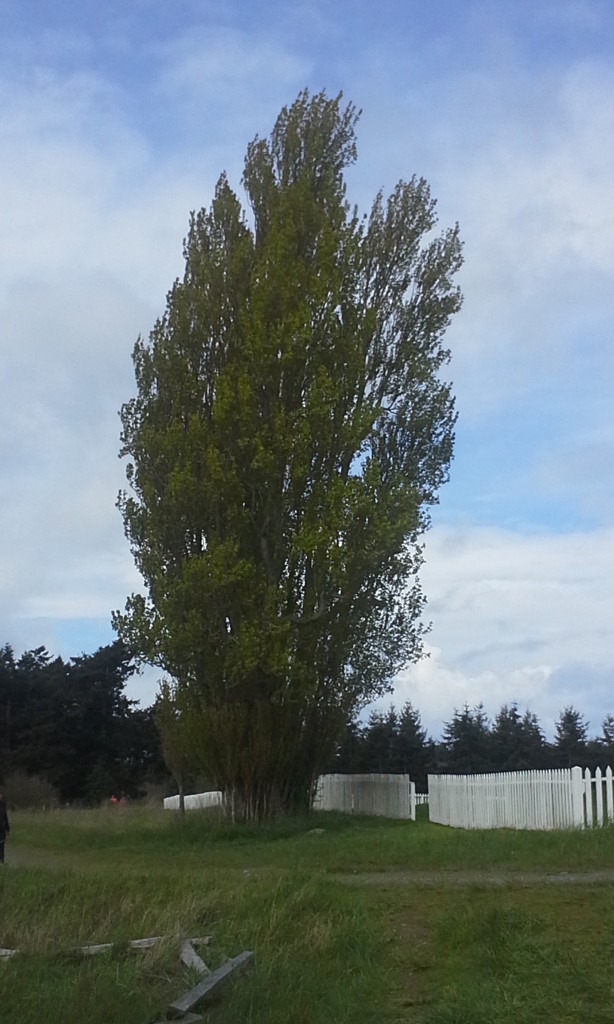 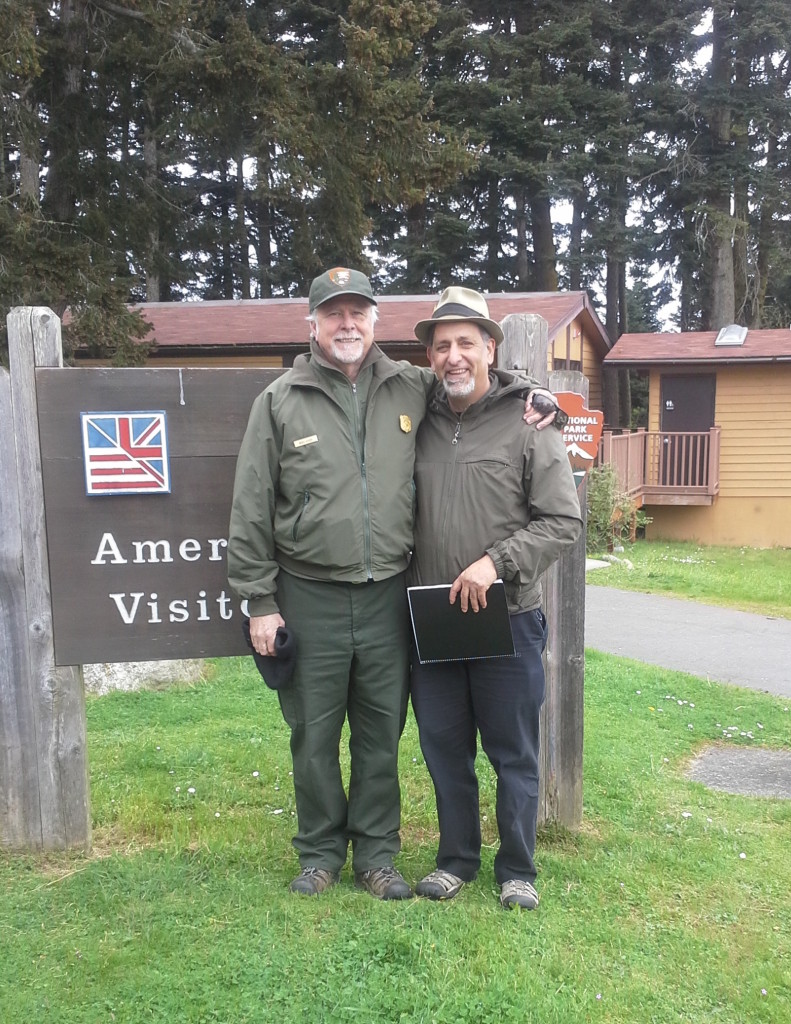