Jeremy Pataky at U Books 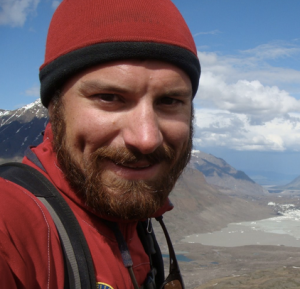 It takes a special (or odd) person to live in Alaska, especially by choice and not by birth. The long winter nights would be one reason. I can imagine how all that darkness would be hard to take. Hell, it’s bad enough in Seattle. But then add hallucinations and grizzly bears and it can get downright inhospitable. Or it could take someone who is as intense as the landscape.

And when I write: “hallucinations” I mean Fata Morgana. This is a mirage seen in a narrow band right above the horizon. It apparently is something that 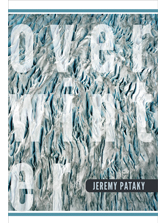 can be seen in Alaska regularly because of the large sheets of ice there and the potential for thermal inversions as a result. I had no idea about this phenomenon until attending the reading of Jeremy Pataky at University Bookstore in Seattle on April 7. He read from his debut poetry collection, Overwinter.

Fata Morgana is also the name of a long poem of his which blends imagery from this phenomenon with memories of a ceremonial burial he attended and the deep connection to – and identification with – place is remarkable:

My eyes on you try to be my eyes in you
looking down into
the hole in a desert floor–
I’m looking at you looking into your days,
a fiction, I know no particulars, can’t breathe rain smell
the instant after rain begins, not there, not in your nostrils,
not in the desert you grew from, not at the reservation
burial ceremony, invisible
from transcontinental flights,
irrelevant to jets,
blind to the canyon’s slung lissome
and the mourners, you, I imagine
clutching sand, clutching clay.

When one hears about polar bears, one cannot escape the sense of doom we feel for these creatures who are dying for my right to drive to hear such poets read poems that include references to the bears. Jeremy Pataky is one of the poets in Make It True: Poetry From Cascadia and I suspect you’ll be hearing more about this poet in the future.

Enjoy the audio and my thanks to Jeremy for allowing it to be posted here and for his outreach to our Cascadia efforts.