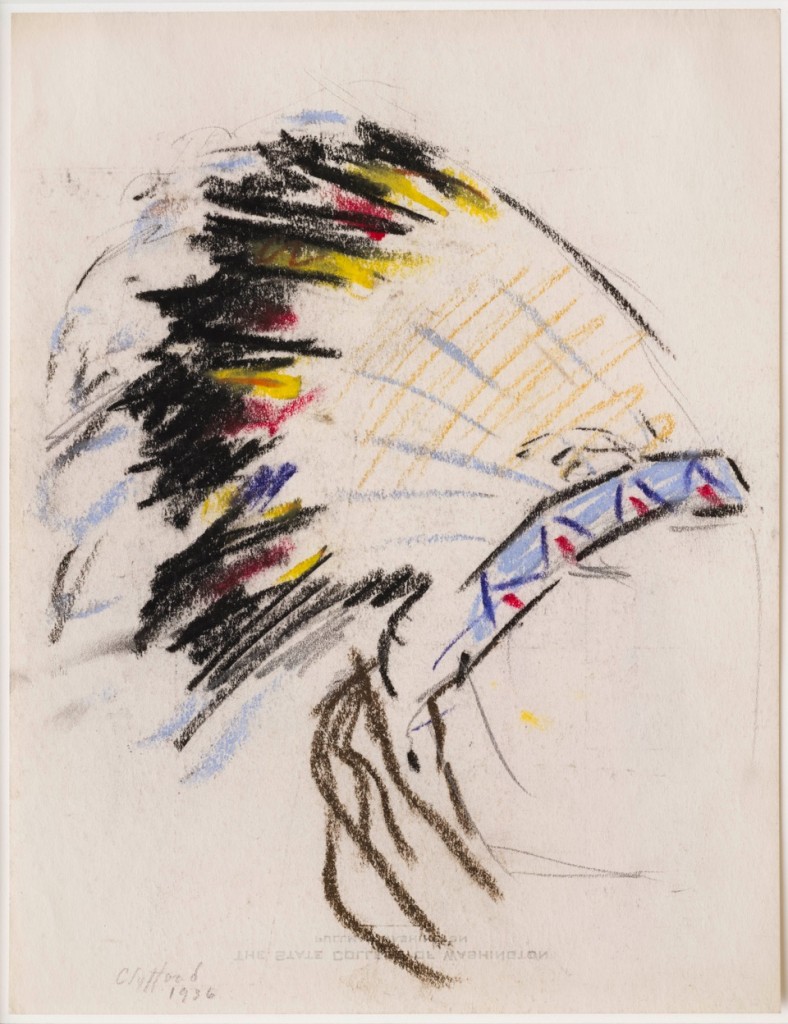 On Sunday, April 19, 2015, I interviewed Patricia Failing, Professor Emerita of the University of Washington about an exhibition she is curating in Denver at the Clyfford Still Museum.

Clyfford Still: The Colville Reservation and Beyond, 1934-1939 features thirty original works on paper and eight paintings by Still from his time in Eastern Washington, a time with great implications for his own artistic development. The exhibition runs May 8 through September 13, 2015.

I traveled to Portland and met Patricia at the Multnomah County Library – Hillsdale, we went into our reserved private room and had our chat about this remarkable artist, his legacy (if any) in Cascadia and the Nespelem Art Colony project that gave Still the opportunity to better understand the Native people of that part of the world. 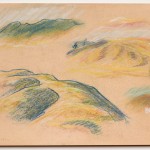 In segment one Patricia Failing discussed how Still has a singular place in American Modernism, a singular vision and approach to creative practice, how he was a mentor to Mark Rothko, Barnett Newman and other artists from San Francisco. She said he is a important historical figure for his discussions, contacts, influence with other major practitioners as well. When asked about the quote by Jackson Pollack that he (Still) “makes us all look academic” she said it was an alleged quote that referred to the time period in which many New York artists were trying to figure out how to get away from symbolism, representational practice and Still came, she said, with the “solution” which was an original style devoid of hints of Cubism, Expressionism or Surrealism. In response to the oft-cited Still quote: “Demands for communication are presumptuous and irrelevant” she said that Still did not think painting was about “the market” and was more interested in using painting as “a pure instrument of thought” with “a moral dimension.” As an example of his ability to dismiss contemporaries that did not share his notion of painting having the same moral dimension, Failing said “he threatened to shoot Mark Rothko,” lost the friendship with him and felt Rothko “sold out.” Part 1 of Patricia Failing Interview on Clyfford Still 6:42 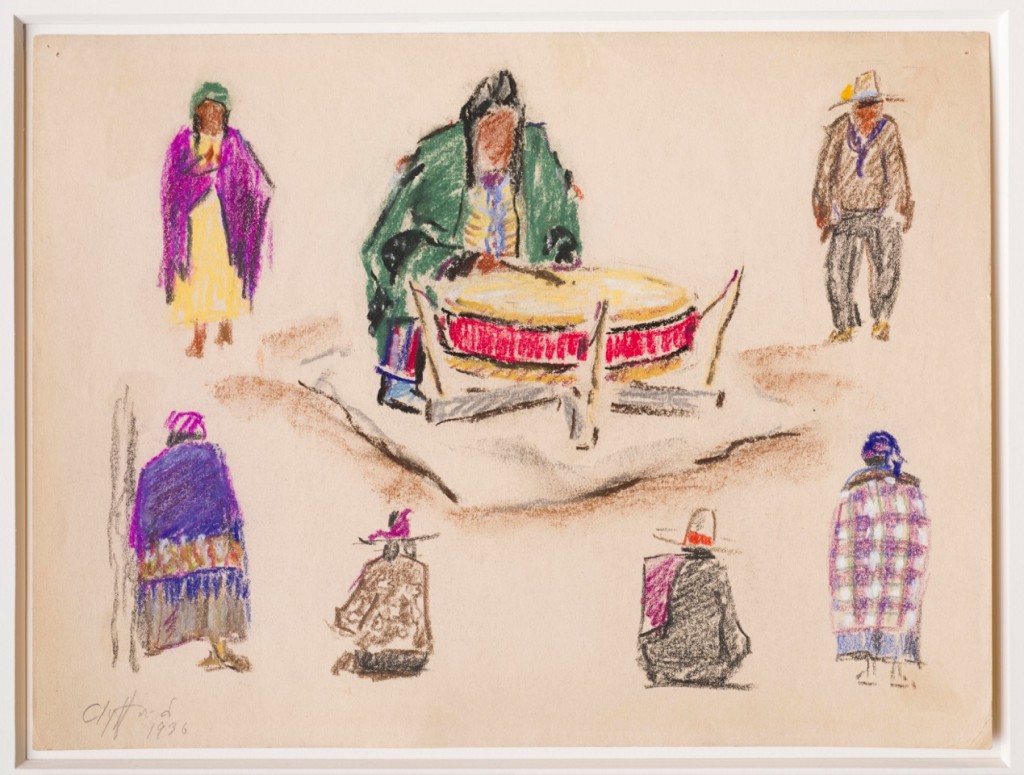 In part two she talked about big metaphysical themes represented in Still’s work, how Nietzsche is “the baseline for a lot of his thinking” and how Still was able to leave a great deal of his own work to such an effort, a single-artist museum dedicated to the continued exhibition and study of his work, including ephemera which she described as “highly selective.” She also discussed his peripatetic nature and marveled at his ability to move his vast body of work time and time again. Part 2 Patricia Failing on Clyfford Still at Nespelem Art Colony 5:23

In the third segment when asked about how Still was able to leave such a legacy for one city to create such a museum, if that were in opposition to market forces, she responded with the notion that though Still rejected an offer to represent the U.S. at the prestigious Venice Biennale, he did have a family to support and so had some need to be connected to the art market. She cited the San Francisco Museum of Modern Art as a place to see a large amount of Still’s work before the Denver museum existed and at the Albright-Knox Gallery in Buffalo, NY, as another spot that owns some of his work. Part 3, Patricia Failing on Clyfford Still 2:37 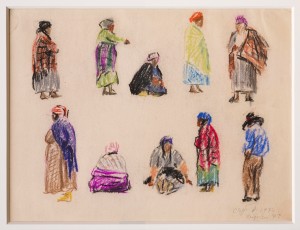 In part four, Failing elaborated on what she called Still’s “singular vision.” She put it in the context of the difference between disclosure and conjuring. Part 4 Patricia Failing on Clyfford Still 2:31

In the fifth segment she discussed the percentage of Still’s work that was left to the City of Denver (94%), how the museum continues to go through those materials, how Still cared for them and how he mixed his own pigments. She also discussed becoming interested in Still’s work by teaching a course on History and Myth of Abstract Expressionism. Part 5 2:40

In segment six the topic of how the upcoming exhibit came to be was discussed. How so much early work of Clyfford Still was rarely seen and a how a visit by David Anfam, Senior Curator of the Still Museum, to the University of Washington, as a speaker on Failing’s class helped spark the idea for the exhibition. Her UW colleagues whose background in Indigenous cultures of Washington State also helped. She discussed the stages of work to develop the exhibition, referred to J.J. Creighton’s book (Indian Summers: Washington State College and the Nespelem Art Colony, 1937-1941) and to a visit to Pullman and WSU’s Special Collections Library. She discussed finding materials in the library, such as course brochures, which gave her more insight into Still’s experience at the Nespelem Art Colony and Worth Griffin’s scrapbooks were helpful, as he was Still’s boss at WSC and ran the Art Colony. She also referred to the connection between Still and the WPA-sponsored Spokane Art Center, which opened in 1938 and had Carl and Hilda Morris and Guy Anderson, among other teachers. Part 6 7:52

In segment 7 Failing discussed the Nespelem Art Colony and its cultural context, being at the height of American scene painting and how abstraction would have been seen as quite outside the mainstream, how the intent of the colony was, in part, to create a body of regional practice and the respect and sympathy Still, the faculty and other students were to their subjects despite the colonialist mentality of the time. The question of where the work created at the colony ended up was discussed along with the work of student Glenn West, whose Master’s Thesis on the Colony was part of Failing’s research. She also discussed the twelve tribes that were represented on the Reservation, Nez Perce among them, and how they (the Nez Perce) were “interlopers” in that part of the world. Part 7 8:49

In segment eight, Failing talked about the diary Still kept in 1936 which precedes the creation of the Nespelem Art Colony and reflects his understanding at the time of the potential for such a project and his perceptions of the territory. Part 8 1:20 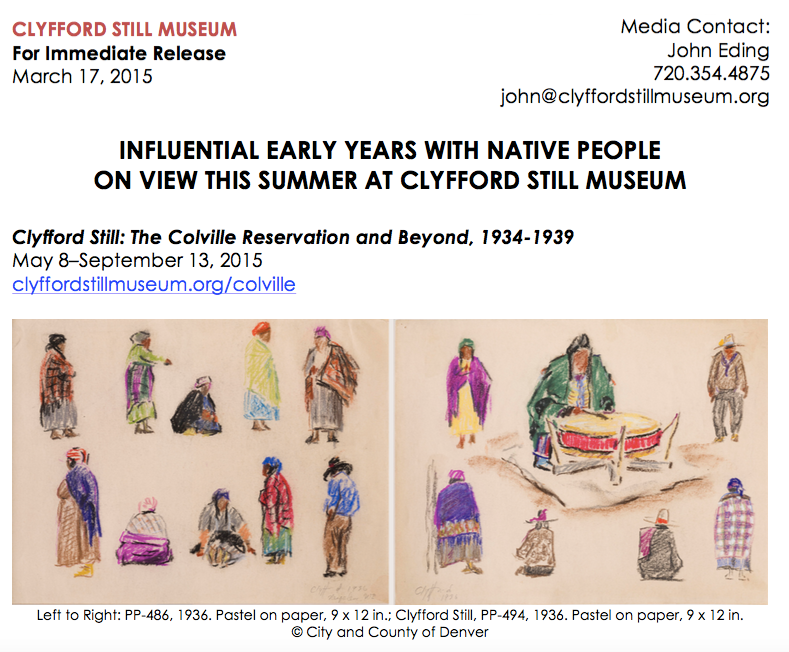 1 Response to Clyfford Still: Colville & Beyond