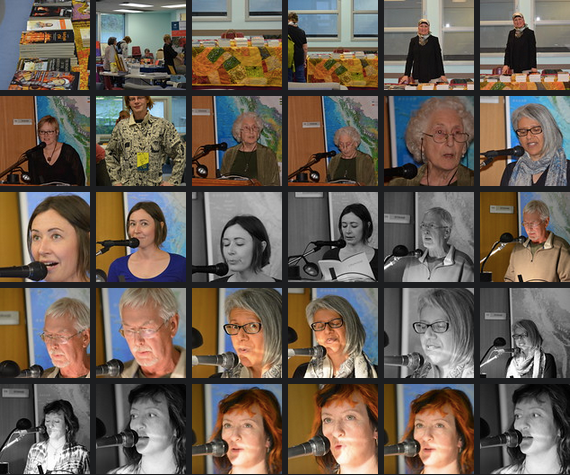 Sometimes there are events in my life that are so intense, or have so much action packed into a short time, it takes me a long time to write about them. Having founded a poetry festival for the Cascadia bioregion in which I have lived since 1988, my attendance at the fests is never as easy as being a participant. 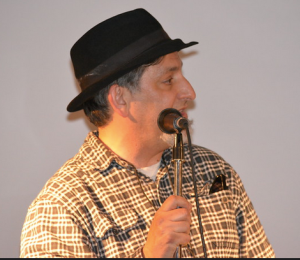 Photo of Your Humble Narrator by Faiza Sultan

That the 3rd Cascadia Poetry Festival was handed off to the very capable Local Organizing Committee in Nanaimo, BC, is a sign that the event has matured into something beyond my own scope and ambition, a development that delights me. So huge thanks is due: David Fraser, Kim Clark, Mary Ann Moore, Ann Graham Walker, Kim Goldberg, Yvonne Blomer, Jay Ruzesky, Ursula Vaira, Naomi Beth Wakan, Leanne McIntosh, Shaleeta Harper, Philip Gordon and others for helping make the fest go. 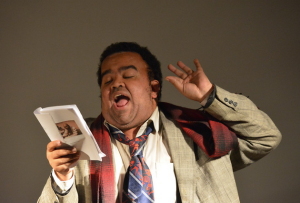 And a list of highlights would obscure the fact that every event I attended was successful. From the Living Room session I attended (which could have been broken up into at least two groups) to the remarkable Friday night tribute to the memory of Nanaimo poet Peter Culley, who died about three weeks before the festival, (& the launch of the Cascadia poetry anthology I envisioned and co-edited) to David McCloskey’s unveiling of his remarkable new map of the Cascadia bioregion, to the Saturday morning panel that featured the love of that part of the bioregion EAST of the mountains from Harold Rhenisch, McCloskey’s reminder of how the potlach and spirit of giving is embedded in the culture here and Robert Bringhurst’s love of language and speaking in the Haida tongue, there was a lot that informed, awakened and satisfied. The panel immediately after the one with Bringhurst was entitled: The Ground is Always Shifting and it hit a spot deep inside me and activated compassion for those who do not exist in the mainstream and may never do so. And Sam Hamill’s Saturday night reading, which I got to introduce, one of his strongest ever, since his time was limited and he had to pack his wallop into 15 minutes. How he can continue to read his poem The Orchid Flower astounds me. One last note about the Friday night main stage reading, Barry McKinnon’s dedication to me was one of the kindest things anyone has ever said about my writing in public. Thanks Barry. See his portion of the reading here:

& my notes on his work here. 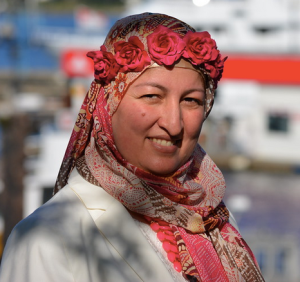 The new connections made, the feeling that this work is deep (related to me by many) due to the fact that bioregionalism is a stance where we take our cues from nature and her boundaries and not political ones, to the intensity of the Friday night bout performances and best of all to the feeling that this festival should continue, are all aspects of the fest that I hold near to my heart. I’m again inspired to move forward, despite the lack of funds there is for this work.

Many of the videos of the fest are linked here:

Soon we will start planning the 4th Cascadia Poetry Festival and look to stage it in Fall 2016 in Seattle. A local organizing committee will be gathering soon. Ping me if you’d like to be involved in making the 4th fest a reality. 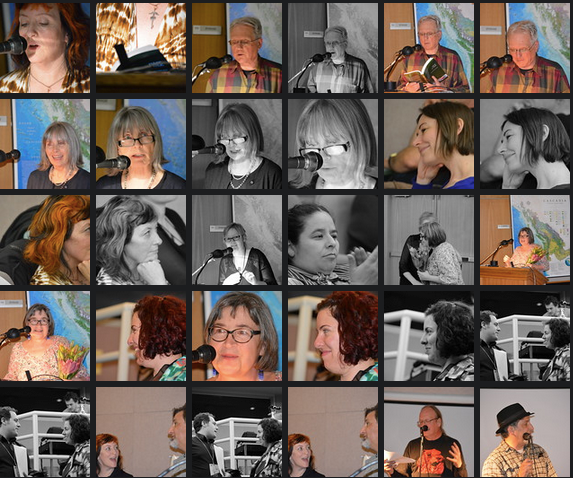 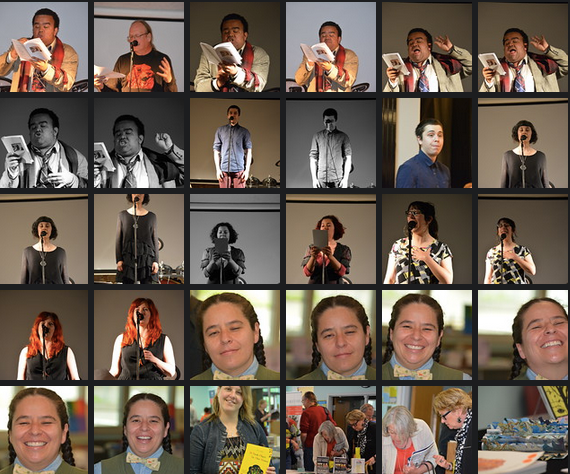