I was taking my corridor walk June 23, 2015, and was stunned by the reflection of the sun on wavelets of Lake Washington. I tried to get a decent video capture of the phenomenon (after looking at a Seagull I thought was a Blue Heron) and you get some idea from that. I remember Beaver Chief talking about how he called staring at water, whether it be a river or lake, as “Indian Meditation.” A meditative moment, til the car comes and how loud it is! But the experience paved the way for a postcard. Since the 2015 list won’t get started for another ten days or so (from the day I wrote the poem), I just went to last year’s list. Was planning to use Joanne Kyger’s work for my 2015 postcards (and still am) but could not find On Time, her new book, so used the next book I am reading, an old selected of Daphne Marlatt’s. More on her before too long. 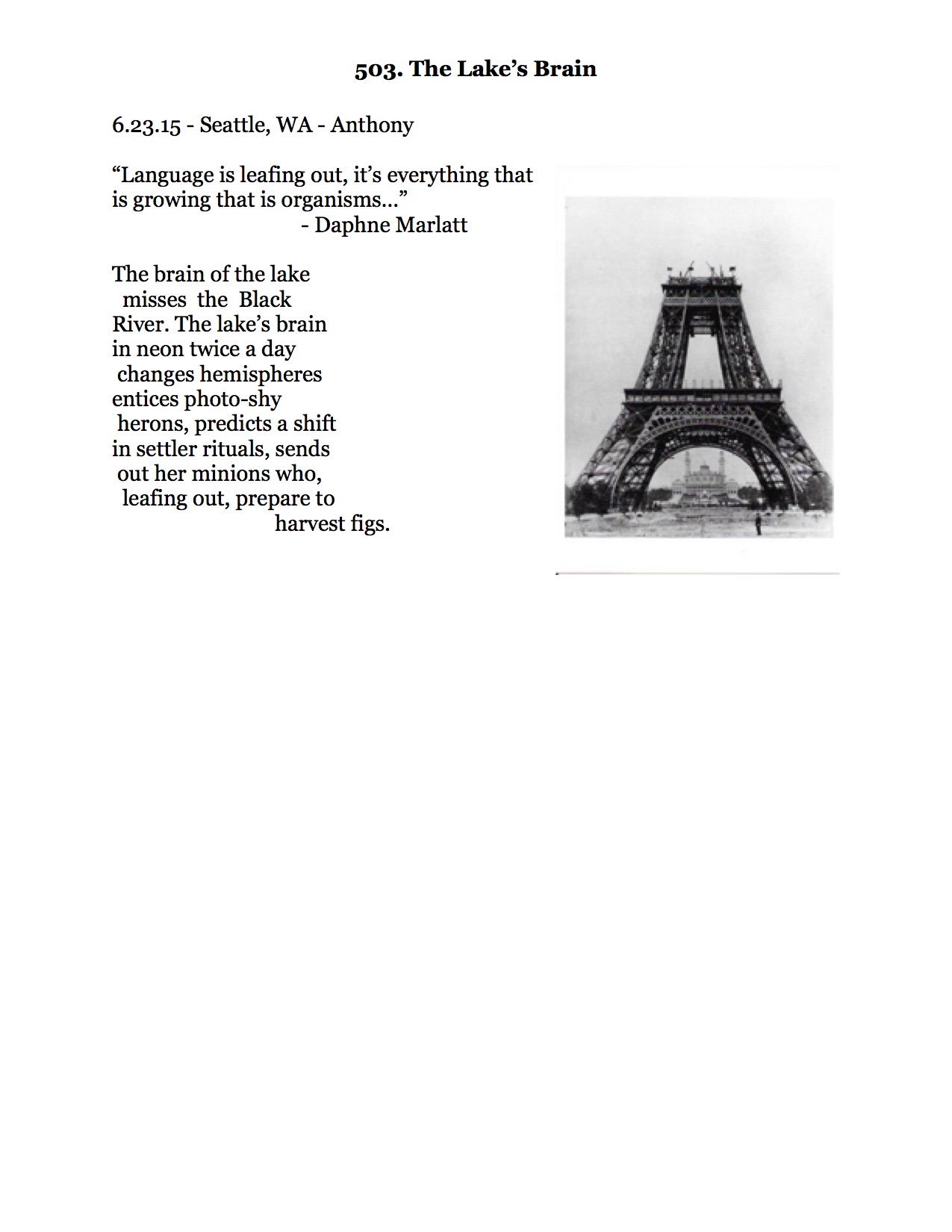