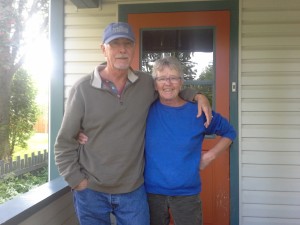 To start a poetry culture in a town that had none before your arrival and to have that community continue while you have nothing to do with it, sounds a lot like MY story. There was a short-lived writer’s open mic in downtown Auburn, WA (the former Slaughter) circa 1993-4 and when that ended, I helped to start an open mic and then a center for poetry (SPLAB).

Barry McKinnon is one of Canada’s most brilliant poets and he honed his art in Prince George, BC, far north of any real cultural centers. He was there in 1969 at the founding of the College of New Caledonia and the “poetry wars” of that town have become the stuff of legend. See this article and this one. The first of those summarizes McKinnon’s construction of the local literary arts scene with:

Not long after his arrival in the city, McKinnon started inviting poets from all over B.C. and the rest of Canada to Prince George. An astonishing number accepted his invitations, and the result was a series of highly memorable cultural events few cities the size of Prince George have enjoyed. It culminated in a poetry conference in 1980 that had Robert Creeley, George Bowering and Robin Blaser headlining, practically every poet working in B.C. at the time playing second fiddle, and a surprisingly large cross-section of local citizens, only some of them students, enthusiastically participating. The conference created a ferment that reverberates to this day. The list of poets who came to Prince George at McKinnon’s invitation included Margaret Atwood, Michael Ondaatje,  Al Purdy, Earle Birney, George Stanley, P.K. Page, George Bowering, Sid Marty, Sharon Thesen, Michael Turner, Robert Creeley, Lissa Wolsak, Robert Harlow, Pierre Coupey,  Patrick Lane, Robert Harlow,  bp nichol, and Robin Blaser, along with dozens of other major and minor figures in Canadian poetry.

The article, authored by Prince George native Brian Fawcett, says that McKinnon and the bulk of the poets he brought to Northern Cascadia had:

a sense, often more pervasive than directly articulated, that there is something wrong with the mainstream—wherever they encounter it… an apprehension of civic and artistic misrule powerful enough that the poets are permanently in search of the smoke pipe that those in authority are either waving around to obscure the human and environmental damage being inflicted—or have shoved, as the saying goes, in their sensory orifices to keep them dazed at the thought that they’re in the control room. At the root of this “apprehension” is the cosmopolitan sense that the local and the global are intimately connected, and that there is no excuse for the global predations that have diminished local autonomies and civic imagination.

So I head up north to see McKinnon in his own habitat before he gets out of Dodge the same way I fled Slaughter. On Sunday, July 26, 2015, he and I sit down in his dining room, find two chairs that don’t squeak too much, and talk about his poetry and leave the poetry wars to somebody else.

In the first segment, McKinnon talked about the early days in Prince George, 1969, and how he started to teach English in a room that was used for a high school welding class. He talked about how he got started in bringing writers to Prince George with his friend Charlie Boylan and how Dorothy Livesay was one of the first guest poets. Al Purdy and Earle Birney followed and McKinnon discussed how he put popular folk singer Tom Hawken on the bill for the Purdy reading and how Hawken bowed out the day of the performance because his refrigerator was being repossessed. he also discussed the friendship he developed with Purdy.  Part One – 9:15.

In the second segment, McKinnon talked about being a recent graduate of UBC with an M.A. in Creative Writing and was just finished for the day delivering pizzas in Vancouver when he had a midnight interview with Wolfgang Franke at the Vancouver Hotel. He got the job teaching at the college in Prince George, said that he and his wife Joy: “packed up the 57 Plymouth” and headed to Prince George into “the heat and the stink” to a community where people: “seemed drunk all the time.”  McKinnon talked about how the sense of community was there from the beginning with the brand new faculty. Part 2 – 9:41.

In segment three McKinnon talked about the reading series that he curated for ten years before the cuts in humanities at the college. He mentioned Michael Ondaatje, John Newlove, George Bowering, Daphne Marlatt, Robin Blaser, Robert Creeley and others, including a rather brutal story about Margaret Atwood’s visit. Part 3 – 8:12.

In the fourth segment he discussed how the isolation of Prince George fed his practice, saying U.S. ex-patriate writer Paul Shuttleworth, who found the books McKinnon had been publishing, had decided to look him up, which led to a friendship, a swollen hand and many stories. He talked about the Pulp Mill anthologies he created, the local culture which he found had an antipathy to thinking and creativity and how he used “those resistances” to a cultured life as “a source.” Part 4 – 6:32.

In segment 5 he talked about his transition to writing the Long Poem (seriality) but as an extension of the lyric mode. He talked about how an emotion may last a while and how that emotion is best relayed via seriality. He mentioned his poem Arrhythmia was an example of emotion (and fear of death) as the organizing principle for a serial poem. He read Astoria, a poem written in response to an event that happened in Prince George at a bar and became, for him, a metaphor for his experience in that town at that time. Part 5 – 4:21.

In the sixth segment of our chat McKinnon discussed “the cruelty of the poet.” Being objective in a situation that is emotionally upsetting. In this case, the death of his father. Writing the poem   he called it “more like an act of science than poetry.” He then read the poem It Can’t Be Said and followed that with a discussion of how that kind of poetry is out of favor. Part 6 – 10:41.

In segment seven he discussed how he felt we were entering a “new and necessary time for poetry. The poem has to resemble the nature of the various and fractured realities it addresses without presumption and be wary even of the emotions and thoughts and forms and devices that promote it.” He discussed suggesting to a young friend that she read Dante’s Inferno and had her select a line she liked from each canto. He also made reference to my review of his Gone South poem, and discussed the poem, as well as Duke Ellington’s method of band-leading. Part 7 – 9:22.

In the final segment McKinnon responded to a question as to whether his composition was led by sound. He discussed how musicians relate to questions about theory and also his “bastard” file of poems which do not belong to any longer serial form. As an example, he ended the interview with a reading of his poem Retinal Detachment. Part 8 – 6:57. 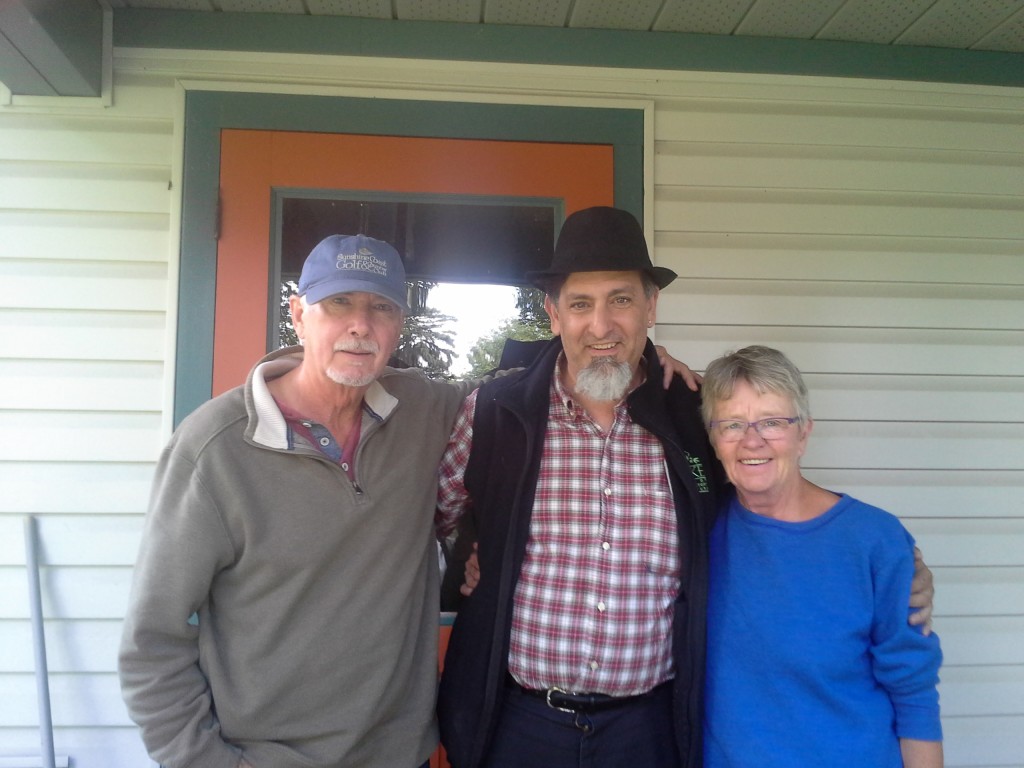 Barry and Joy McKinnon with your Humble Narrator