This postcard poem went overseas, so good to give it two months before posting here. I think in future years I may send to the folks overseas first so that there is time for them to receive the poems in the mail before they are posted. This poem also comes out of my habit of making birthday anagrams for friends. It is better than just going to their Facebook page and saying “Happy Birthday” although some people are not always pleased by the word combinations their names can take on when the letters are rearranged. 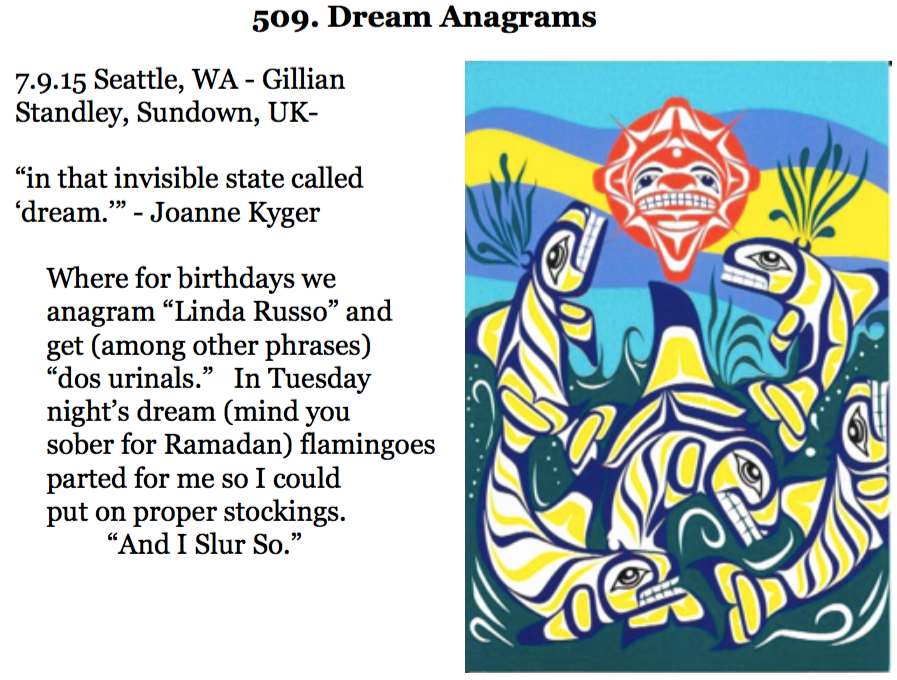