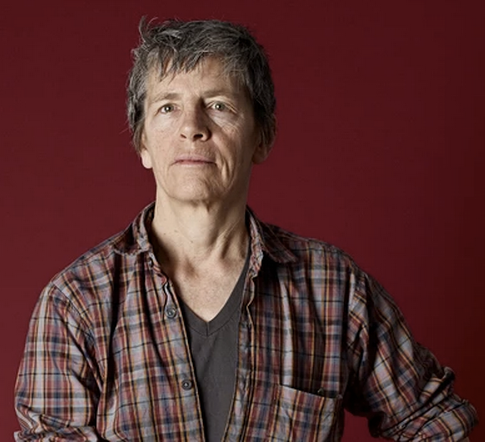 She’s apparently in the literary “mainstream” now, according to The Guardian in a typo-laden, but important piece dated Oct 1, 2015, but Eileen Myles has been a real writer, with tremendous depth and perception for decades how and great to see her getting some due.

In 2002, Myles read at SPLAB at the 5th Ginsberg Marathon. (See this.) After the weekend was over she also sat down with your humble narrator and discussed a number of literary arts and cultural items, as well as her books, new at the time, Skies and On My Way.