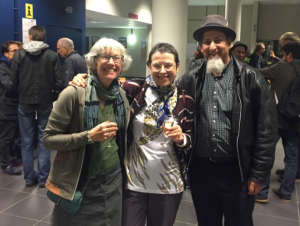 I am honored to have been included in the 4th European Beat Studies Network conference, which is happening now in Brussels, Belgium. I was last in Brussels in 2010 for the Tools of the Sacred conference which was organized by the very capable and considerate host and scholar Franca Bellarsi.

But getting here was an equally important and satisfying part of the visit, as Bhakti Watts and I were picked up at Charles DeGaulle Airport in Paris by my friend Charlie Stobert and his wife Heather Simpkin. I had taken Charlie on a couple of road trips in North America, to Ventura, California and to Homer, Alaska. (Yes, from Seattle.) Charlie reminded me that his hospitality and driving was in part a gesture of thanks. 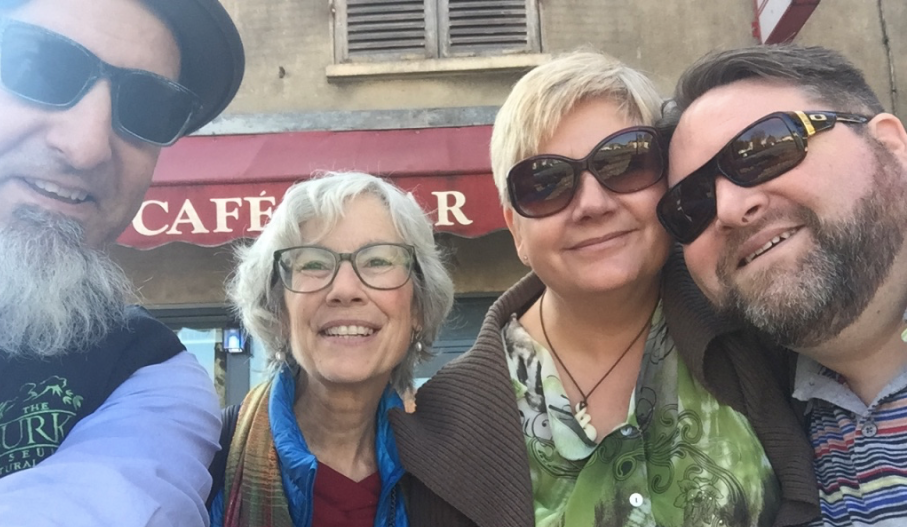 Our first stop was Giverny to see the house and gardens of Impressionist painter Claude Monet. I could write extensively about this experience, but find time limited, as you can imagine, attending this conference. I have posted a great many photos on Facebook such as: 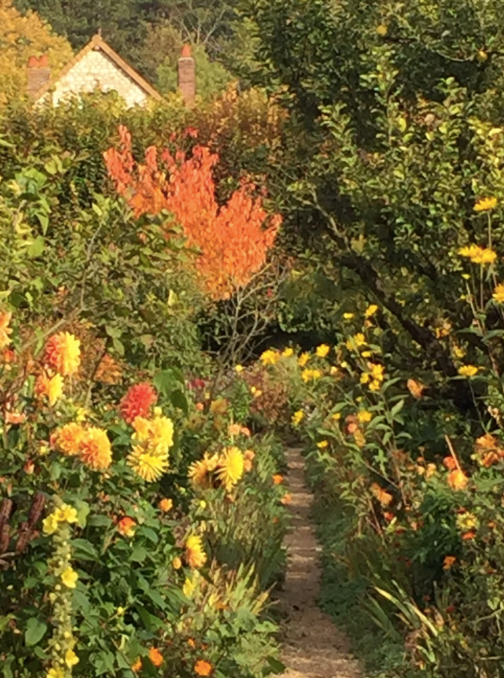 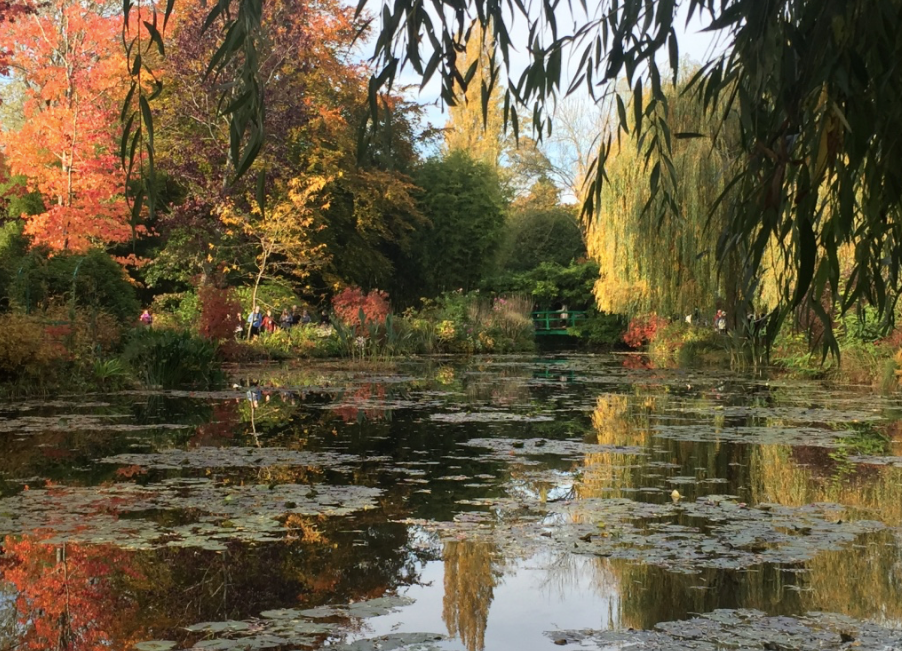 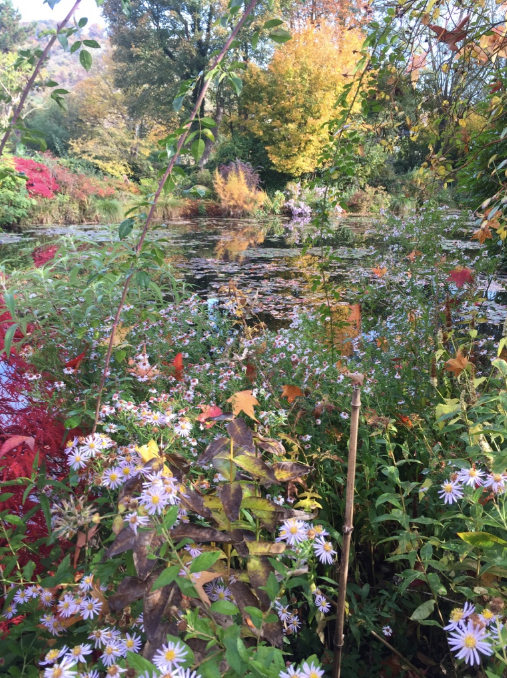 And I was able to present Charlie with a Birthday Anagram for his October 27 birthday: 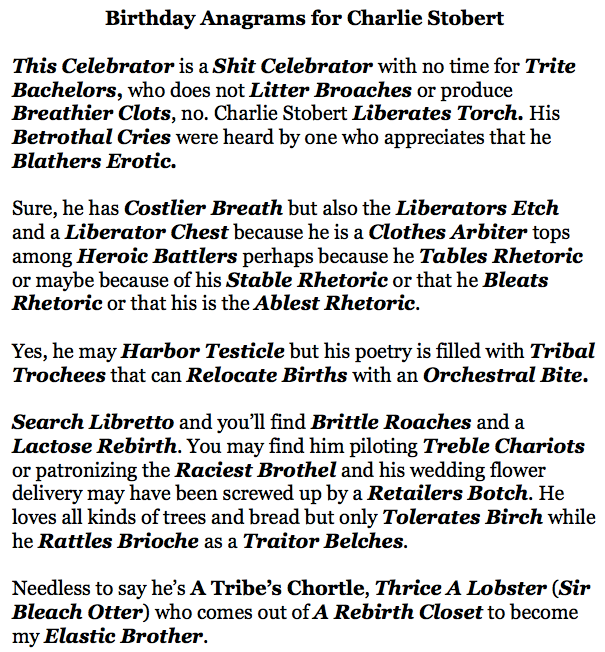 And we would stop in Rouen, France, on the way to Brussels. We were reminded of the fact that Joan of Arc was burned in this city in 1431, but it was Monet’s serial poem in paint, his Rouen Cathedral project, which drew us there. I photographed one of his 30 paintings of the structure at his studio in Giverny: 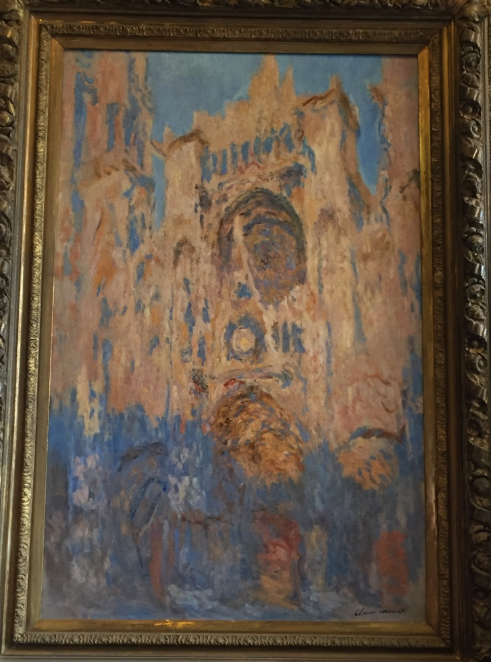 And see the cathedral itself in Rouen: 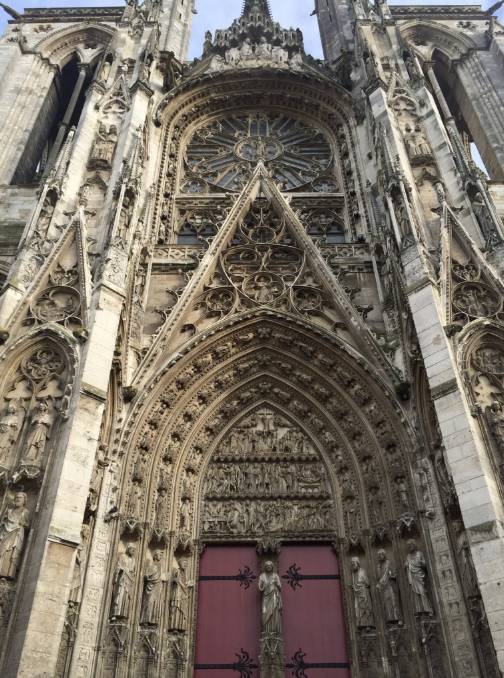