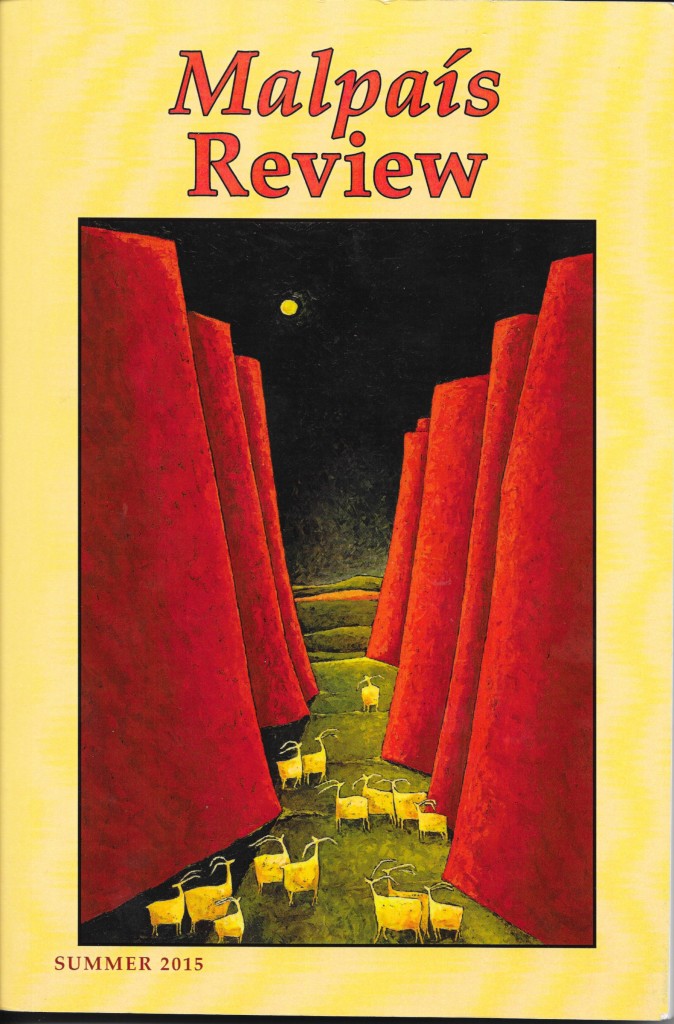 The last Malpais Review is out and like most literary initiatives on this here continent, it went as far as their Publisher/Editor Gary Brower could take it. I am fortunate enough, thanks to Amalio Madueño, to have two pieces in the journal. One is a review of the third Cascadia Poetry Festival, which happened in Nanaimo, BC, April 30-May 3, 2015. The other piece is another interview with Sam Hamill. This one on the occasion of the publication of Habitation, his Collected Poems. It was on the morning that he would read at Elliott Bay Books to a packed house.

That my notes on the Cascadia fest would be published in New Mexico is appropriate given the factors that inspired me to create the fest. One segment in particular spells this out:

The fest was created after I attended three iterations of the late Taos Poetry Circus in 1998-2000. The Academic, Democratic and Performative aspects of the Circus worked amazingly well to make sure that each attendee got their poetic needs met, whether through reading at the open Living Room, in dialog at Mexican Bob’s Poetics Camp (run by Amalio Madueño, who has provided perhaps two hundred hours of consultation for our efforts over the years) or as a witness to the performative component of the event, which had slam, but also a Beat/Black Mountain aesthetic and legendary outrider USAmerican poets. To see how well that worked, what a great sense of openness and community was created, continues to be a watermark we in this bioregion are trying to match with the Cascadia Poetry Festival.

Someday I’ll publish the piece, but for now consider buying the journal:

And I’ve interviewed Sam Hamill many times, but Amalio joined me on this one and rescued the conversation when I was trying to corner Sam on a question about divinity. But Sam was especially inspired on this occasion and that it was recorded/conducted early in the day meant we had a lot of energy and WERE SOBER! An excerpt:

Nelson: So you call it “Habitation” and you have a suite of poems by this name. But it has a deeper meaning than that?

Hamill: Well, the trilogy of poems were inspired by Ian Boyden and his paintings, and by our shared concerns with history and ecology. But I suppose because I was an orphan, and I suppose because I was homeless in my life, the idea of home is a recurring theme to me —and I think it is to many poets— it’s just that I’ve not been subtle about it.

Nelson: When you look back and read all the poems you’ve ever written, and we’re talking about almost fifty years of work…

Hamill: Well, some were just not very good poems. When I was a young poet I was pretty experimental. My masters in those days were Creeley, Duncan, Rexroth and Ferlinghetti when I was a teenager. I still admire Lawrence’s work. Then I was trying to find a voice and trying to find a vision. Which is why I wrote a big long vision quest poem that is not included here. It’s one work I separated out because it’s a hundred pages, a trilogy.

Hamill: Yeah. I found that vision quest was very important to me and I came to a point in my life when I took what I call a monk’s vow to expend my life’s work in temple of words – which is the Chinese character for poetry. And that poverty would be a part of my practice, as it often is with those who take religious vows. It took me a while to develop the voice that became my voice. Meanwhile I was still writing and publishing poetry. And some of those early poems are not necessarily bad poems but, in my retrospective view, I didn’t want to re-publish sonnets.

I wrote a lot of sonnets when I was young and that’s how I schooled myself in formalism. I’m not interested in forms that are peculiar. I don’t write villanelles. But a sonnet is part of the English-American tradition of poetry. Including Edna St. Vincent Millay and other radical poetry which I read a lot when I was young. But, no sense re-printing experiments that didn’t produce anything particularly striking.

Nelson: That’s why they call them experiments, sometimes they fail. Hamill: Yeah.

Hamill: Yeah. When you go to the poem with an idea that “this is what the poem is going to be,” you’re not going to be discovering anything. You have to begin the poem in a state of not know- ing and let the poem reveal itself organically.