One of the truly remarkable gifts in the information age is the access to ancestral information. Within the last year I started an account with the Geni.com and in the last week my Brother Andrew dug up some information that affirms what has long been a myth, but never confirmed in our family, that we have Native American heritage.

Geni is solving the problem of genealogy by inviting the world to build the definitive online family tree. Using the basic free service at Geni.com, users add and invite their close relatives to join their family tree…  Geni welcomes casual genealogists and experts who wish to discover new relatives and stay in touch with family. Geni is privately held and based in Los Angeles, California.

That is a pretty revolutionary concept.

And then this direct line:

That I have two ancestors who were named Salmon is ironic, given that I gravitated to Cascadia where the salmon is the totem animal. There are Dukes in the bloodline, Richard II, the Duke of Normandy and my ancestors apparently led the Norman Invasion of England in 1066. 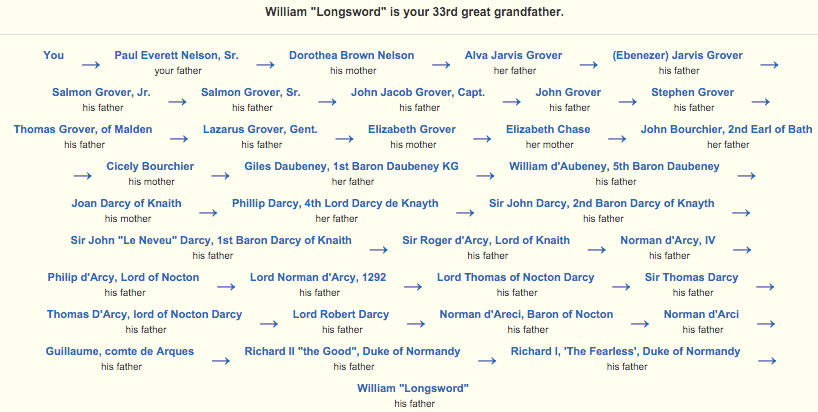 Odd that I visited Rouen Cathedral last October and have a print of one of Monet’s renderings of the cathedral on my bedroom wall and yet did not know I have ancestors buried there! So far I have traced my ancestry to the year 830 in Norway and the night is young.

A DNA test is forthcoming so there will be more surprises.