For some reason I segued into a memory from my rock n roll DJ days in Appleton, WI (WAPL) with this latest 2015 August Poetry Postcard Fest poem from August 11.

I was a member of the Leinenkugel Club and required to have at least one cold Leinie’s in the fridge at all times. My first wife had to show them the bottle, as I did mornings and had an early bedtime, but I was not yet asleep and glad I passed the test. 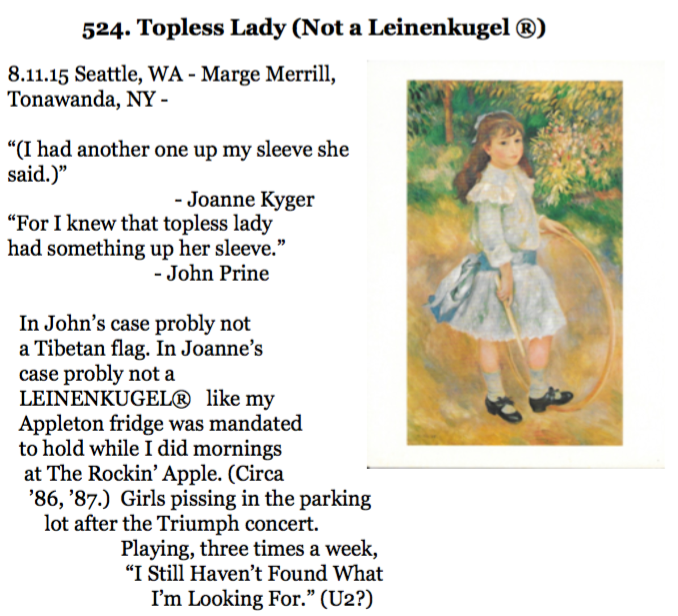