I like to think of it as a good sign in my life when critters are waiting until I pass by to drop from the sky in need of a little aid. Fortunately this recent experience was only a hummingbird, but the thud was palatable and the experience quite humbling. 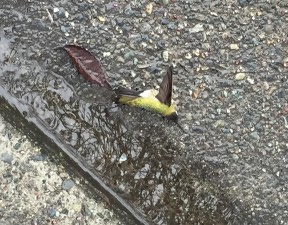 In town for part of Valentine’s Day weekend and oblivious to the fact that every USAmerican and their uncle would be going back Monday, at the end of a three day weekend, I was walking down a street in the Cook Street Village neighborhood when the thud happened and, to be honest, I was a little freaked out. I took a photo of the critter lying on the ground and thought they might be dead. But I picked them up as a passer-by came along and asked her if she could take the bird. At first she said no, but then she agreed, took her own photo, and with the warmth of her hand, the bird awakened, flew in front of her face, then mine, then took off into the blooming cherry tree above us. 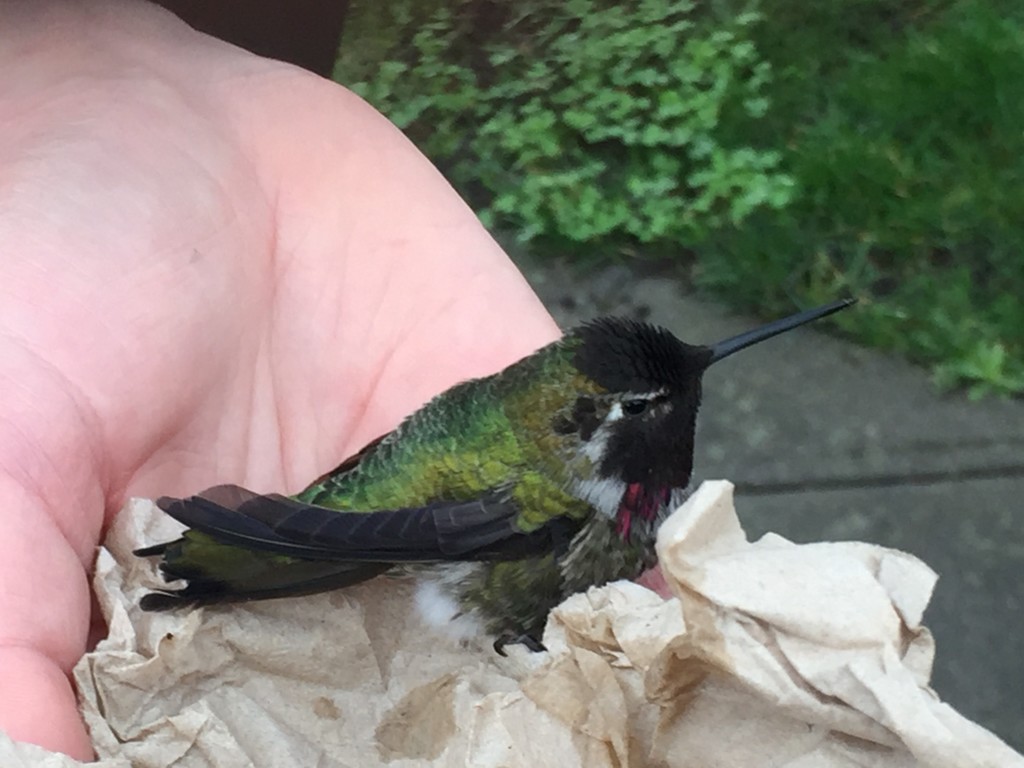 Of course this event has showed up in my poetry. Fortunately Carla Shafer invited me to participate in a February World Peace Poets postcard event, so I had the medium to try telling this tale: 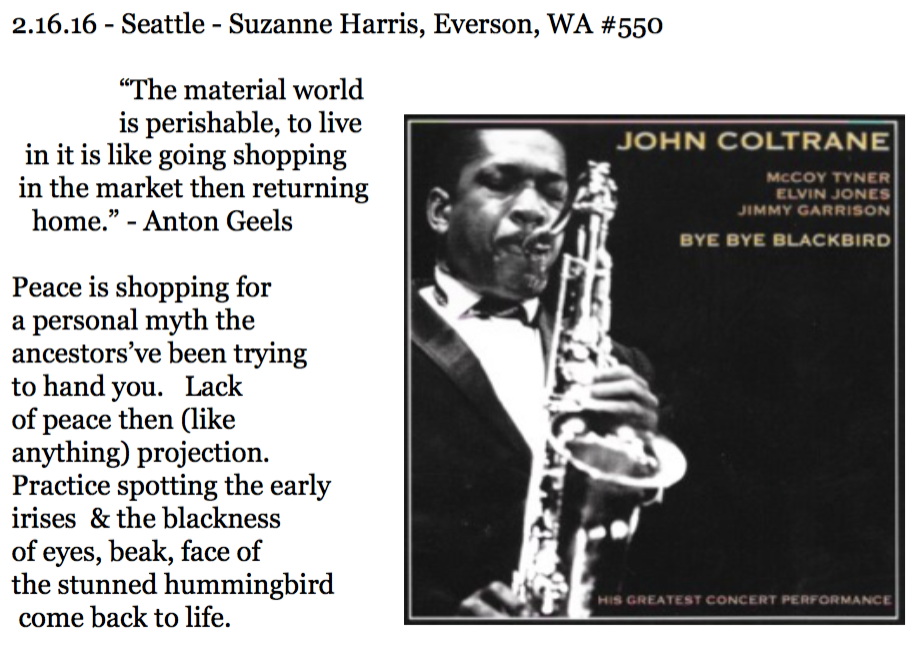