Seattle Not So Great

Great article by Danny Westneat (former Valley Daily News columnist) about whether Seattle is great. In the article, he refers to an Atlantic magazine article entitled: Eleven Signs a City Will Succeed, written by James Fallows. It’s about whether a town will “work” of not and features a checklist that Fallows and a companion developed on a 54,000 mile single engine plane ride around the U.S.

You can read the summary of the article by Westneat here, or the article itself here, but the main paragraph which caught my eye and prompted this post is:

2. “It’s easy to answer the question ‘who makes this town go?’ ” Fallows found great places have easily identifiable civic engines. So who is the juice around here? No elected official, that’s for sure. Amazon is a rain forest of money but could not care less about the city’s affairs. So who? If I had to pick who runs Seattle right now, I would say “developers.” Is that a good thing?

Developers. Can anything be so vapid as this notion, that those shaping this city right now more than anyone or anything else are the developers? Now, it is quite possible Fallows is missing something, but this feels spot on and that is disappointing. In Seattle we can lay claim to Kurt Cobain and that Seattle was the epicenter of Grunge music, but while I love Nirvana and recognize their genius, it’s only pop music after all. 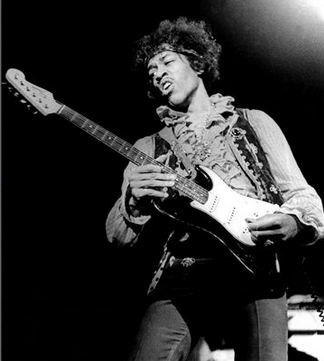 Here in Seattle we take great pride in native son Jimi Hendrix. Recently again honored by Rolling Stone magazine as the best rock guitarist ever, he is buried in nearby Renton, there is a Hendrix sculpture on Capitol Hill and a museum that was going to be the Hendrix museum & which features some Hendrix ephemera. But there is also Animals lead vocalist (& close Hendrix friend) Eric Burdon who said he would not attend Jimi’s funeral in Seattle because: “Jimi hated Seattle.” (Miles Davis and Johnny Winter did attend according to HistoryLink.org)

It occurs to me that this is how it often works for artists who are ahead of their time. At first they find great resistance to their ideas or their work, then a general consensus they do have some degree of greatness, and then often we turn on them once they are successful. In this case Jimi is dead, so it is easy to memorialize him and be in control. He has no say anymore. Now we’re getting into the soft white underbelly of Seattle, what a homeopath might call the city’s miasm or shadow. Make it so hard for an artist, he’s unwanted until he achieves greatness somewhere else, then has no say when dead and gets buried in a place he hated. But you, often a blocked creative, are in control. See how many failed artists rise to positions in arts bureaucracies in Seattle.

And I’ve recently come across a wonderful quote by Scott Peck about Erich Fromm, the psychologist and humanistic philosopher who had an interesting take on necrophilia:

“When I say that evil has to do with killing, I do not mean to restrict myself to corporeal murder. Evil is that which kills spirit. There are various essential attributes of life — particularly human life — such as sentience, mobility, awareness, growth, autonomy, will. It is possible to kill or attempt to kill one of these attributes without actually destroying the body. Thus we may “break” a horse or even a child without harming a hair on its head.

Erich Fromm was acutely sensitive to this fact when he broadened the definition of necrophilia to include the desire of certain people to control others-to make them controllable, to foster their dependency, to discourage their capacity to think for themselves, to diminish their unpredictability and originality, to keep them in line. Distinguishing it from a “biophilic” person, one who appreciates and fosters the variety of life forms and the uniqueness of the individual, he demonstrated a “necrophilic character type,” whose aim it is to avoid the inconvenience of life by transforming others into obedient automatons, robbing them of their humanity.

And an entry at https://psychology.wikia.com/ elaborates on this point:

In the analytic social psychology of Erich Fromm necrophilia is a character orientation which shows an increasing tendency toward destructiveness. Used in a non-sexual sense Erich Fromm understood necrophilia as an everyday behavior which is not an expression of a biologically fixated death instinct, but the consequence of a life without being really alive. For Erich Fromm necrophilia is the opposite of biophilia. The lack of love in the western society leads to necrophilia. Symbols of the necrophile are facades made of concrete and steel, modern weapon systems, the idolatry of the technology of the megamachine (technophilia), the wasting of resources in consumerism and the treatment of people as things in bureaucratism.

A life without being really alive. Am thinking of Amazon.com and a Gawker.com article two years ago entitled: Working at Amazon Is “a Soul-Crushing Experience.” Well, you’d probably not be interested in helping the soul-building process of others if yours was being crushed daily and YOU KEPT WORKING THERE. And a typical salary of $100K can be an impediment to genuine humility, given that USAmerican culture is about material success. 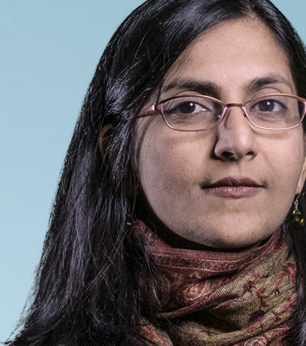 Yet there is hope. Seattle City Councilmember Kshama Sawant is a fiery socialist who is not afraid to take bold stands, to say what she really thinks and to create positive change, as she did with the $15 per hour minimum wage and the compensation for small businesses suffering from the (seemingly) perennial closure of 23rd Av. She was instrumental in getting the city to create a fund to help merchants weather the project on this critical arterial in the historically African-American (though now gentrifying) Central District.

And today’s news in Curbed Seattle is very good: 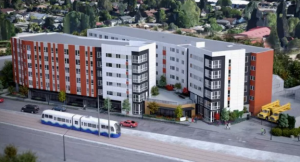 When Completed, Mercy Othello Plaza Will Include $450/Month One-Bedrooms

The plaza will include 108 apartments, more than sixty of which will be two- and three-bedroom units and rent will range from $450 to $1,110/month.

Mercy, indeed. Capitalism, the USAmerican empire and neoliberalism seem to all be headed for the proverbial “dust-bin of history” but will they die before they take out the biosphere and will there be something that emerges to show the best of Seattle culture, some deep gesture or movement that reveals the soul of this city in a novel and creative way? Or will Amholes and developers get the last word? Are we that far removed from the cooperative spirit that created REI and PCC, among other collaborations? How far is Olympia again?

P.S. What happens with Open Books, Seattle’s all poetry bookstore, will be telling.