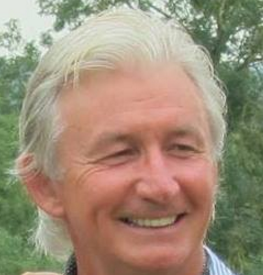 I have a YUGE amount of gratitude for my current state of health and joy to the man who suggested I investigate the spiritual practice of the Latihan Kejiwaan of Subud, Solihin Thom, who celebrates a birthday today. I first met him in 2000 or so when I first was treated by him via his practice of Ontological Kinesiology. It struck me at the time as being an approach that was grounded in a scientific foundation and yet intuitive and non-linear. I shudder to think of the degree of suffering meeting this man has saved me from experiencing and this birthday poem is a modest effort to recognize that debt and honor him as only language can. It also is, I believe, the first His n Her Birthday Anagram set I’ve ever created, as I constructed an anagram for his beloved Alicia Thom last year. Happy Birthday Brother! 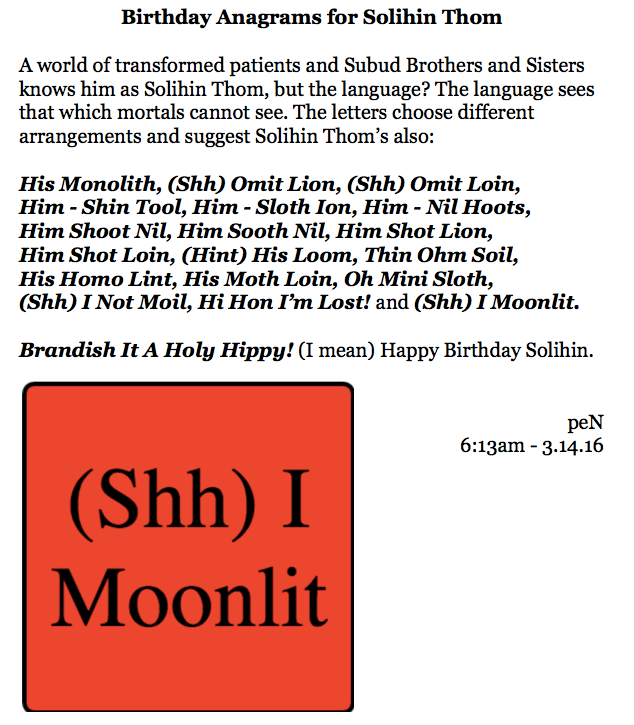