If you believe in Traditional Chinese Medicine, you know the lung/heart meridian is related to grief. I can’t help thinking that anytime someone has a smoking habit, grief must not be far away. Combine that kind of thinking (radical/root-oriented) with the fact that I spent the day after a wedding at the Spring Street Center picking up cigarette butts might say something about the gathered’s attitudes toward holy matrimony, or one of the issues that may cloud their chances for happiness and you have some of the foundation for this latest 2015 August Poetry Postcard Poem. After an epigraph from Joanne Kyger, there is another quote, this one from a website on Runes which I use frequently for insight on my daily divinations and also a reference to the limitations of identity politics/poetics. 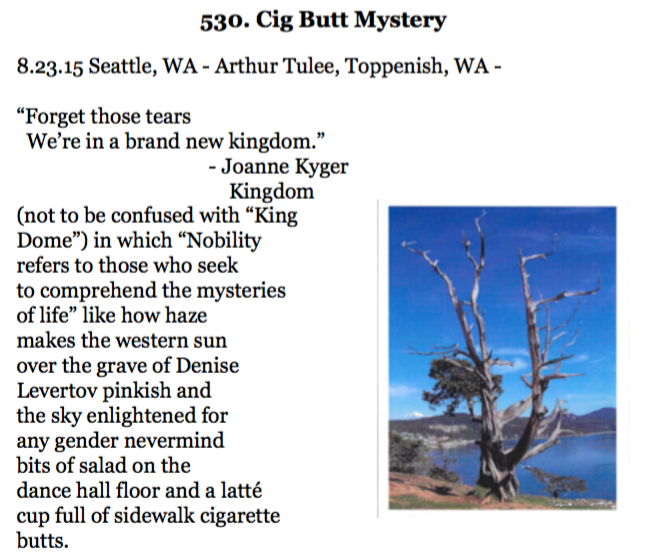